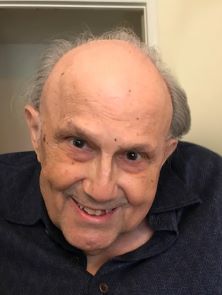 NSTA mourns the loss of its 1975–1976 President, Fred Blumenfeld of Chatham Township, New Jersey, who passed away in April 2021 at age 93. In addition to his service to NSTA, Blumenfeld was a past president of the New Jersey Science Teachers Association (NJSTA), an NSTA State Chapter, in 1971–72. For this and his other efforts on behalf of science education, NJSTA named him an NJSTA Fellow, “an expression of esteem to those officers and members who give to the association of their time and talent to a degree not normally expected of them,” states the association’s web page. NJSTA also honored him in 1979 with the NJSTA Citation Scroll, which is awarded for “an outstanding contribution to science and/or science education.”

Born in New York City, Blumenfeld graduated from New York University, earning a bachelor’s degree in education and a master’s degree in science education. He then spent 40 years teaching biological sciences at Millburn High School (MHS) in Millburn, New Jersey. Over the years, Blumenfeld created a vast elective curriculum for his students, which in actuality were college-level classes. These courses included Oceanography, Genetics, Human Anatomy and Physiology, Plant Physiology, and Animal Behavior.

Blumenfeld’s passion for teaching gardening and plant life to his students moved him to establish a greenhouse at MHS. He also started the town’s community garden plot so that students could learn how to grow and harvest plants and conduct soil testing. In addition, he taught Advanced Placement Biology, standard and honors biology, physical science, and algebra and was a biology resource teacher in the outdoor environmental science program for Millburn Township’s elementary schools.

Blumenfeld was chosen as New Jersey Teacher of the Year in the National Association of Biology Teachers Outstanding Biology Teacher Award program in 1971. The following year, he chaired the committee that staged NSTA’s 1972 National Conference in Philadelphia.

In 1975, as NSTA President, Blumenfeld testified before the U.S. Senate Special Subcommittee on the National Science Foundation (NSF) opposing the phasing out of science education funding in NSF’s budgetary policies. He met with the late Senator Edward Kennedy—who chaired the Senate Committee on Health, Education, Labor, and Pensions—to seek funding for science teacher professional development, which Kennedy agreed to support.

Serving as NSTA President allowed Blumenfeld the opportunity to accept invitations to visit France, England, and Japan, as well as many U.S. states. During those visits, he toured a range of science centers, which prompted him to voice his concern about why his home state of New Jersey did not yet have its own state science center. Eventually Blumenfeld was invited to be the only educator to serve on the newly formed state planning committee to establish a science center in New Jersey (the other committee members worked in private industry). When Liberty Science Center (LSC) opened in Jersey City on January 23, 1993, Governor Thomas Kean honored Blumenfeld by requesting that he cut the golden ribbon at the opening ceremony.

Blumenfeld continued to garner acclaim for his efforts. In 1984, NSTA honored him with its Distinguished Service to Science Education Award. In 1985, he received a Presidential Award for Excellence in Science Teaching.

Blumenfeld is survived by his wife Blanche, his daughter Karen, and his son Daniel.