Q: Why Can I See My Breath on Cold Days? 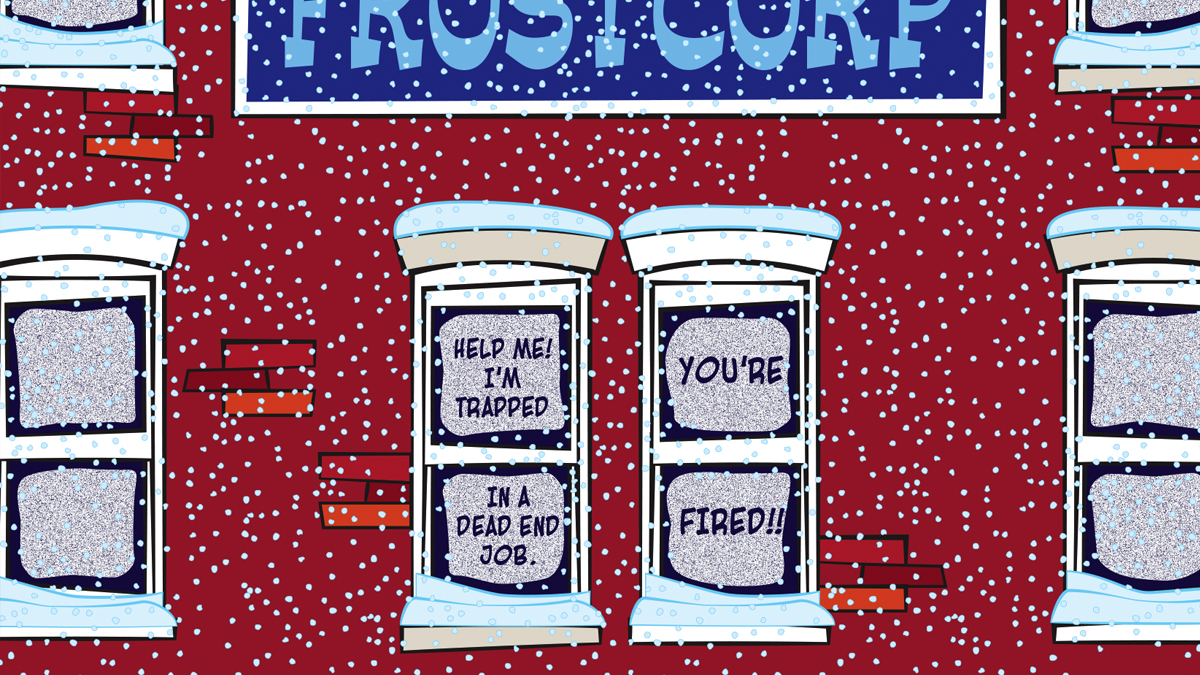 A: Moisture in the air is normally a gas. We call it water vapor. When moist air cools off, the water vapor in the air can change from a gas to a liquid, resulting in countless tiny droplets of water. That’s what fog is! So when you exhale on a cold day (Figure 1), the water in your moist breath changes from a gas—water vapor—to liquid droplets, which form a fog.

You probably know the terminology involved here, although your students might not. Just to review, vapor is another word for a gas. When a gas changes to a liquid—like water vapor forming liquid droplets, creating a fog—that’s called condensation. So water vapor condenses into liquid water when it cools. At the lower grades, you don’t have to use all these terms; you can just talk about the water in the air changing from a gas to a liquid. We’ll look at a number of examples of this phenomenon, some of which students can observe at home.

One way to demonstrate condensation is to put ice in a jar with a screw-on or other tightly fitting lid (see Figure 2). I’ve done this with an old (clean and dry) mayonnaise jar. Fill it with ice, and place it on a paper towel. An hour or two later (longer if it’s a less humid day), ask students what they observe. They should see that the outside of the jar is now wet! Maybe the paper towel under the jar is a little wet too. Ask them where that water came from. If they say it’s from the ice in the jar, point out that the lid was tightly screwed on, so there was no way for water to escape from inside the jar. Eventually someone might suggest that the water came from the air, which is correct. There are molecules of water in the air in the form of a gas. When the air touches the cold jar, the water molecules slow down and collect into tiny droplets of liquid water. In other words, water condensed out of the air.

You can also see this when you take a can of soda out of the refrigerator. After a while, the outside of the can becomes moist from water that condensed out of the air (see Figure 3). If it’s a particularly humid day, you might get enough water condensing that it drips down the can and forms a little puddle under it. That’s why we use coasters to protect our nice tables.

Sometimes large masses of air cool off, and when that happens water vapor condenses out of the air and forms—you guessed it—clouds! (See Figure 4.) A cloud is essentially a whole lot of fog way up high. And, you could say that when it’s a foggy day, there’s a big cloud down near the ground. So if you’re in fog, you’re in a low-lying cloud. Again, a cloud is just a place where there are innumerable droplets of (liquid) water. When those water droplets accumulate enough water, they become too heavy to remain suspended in the air and they fall to the ground as rain (or, if it’s cold enough, snow or hail).

Note that water vapor is invisible. It’s only after that vapor condenses into liquid water droplets, that you can see the water as fog or mist. Try this: Get one of those whistling tea kettles. Get the water in it boiling vigorously so that the steam is coming out very fast. If you look closely (see Figure 5, p. 68), you can see a small gap between the opening in the kettle and where you start to be able to see the steam. In that gap, the water is a gas and therefore invisible. Only after it cools enough for water droplets to form do you see the steam streaming outward.

Since the theme of this issue of Science and Children is “Take Home Science,” here are ways students can see condensation at home.

Do you teach about the water cycle? When the water droplets or ice crystals in clouds become too big and heavy, they fall down as precipitation — rain or snow. Rain and snow soak into the ground, drain into rivers, and fill our reservoirs. Water on the ground also evaporates, turning back into water vapor, to rise in the air and condense again to form more clouds. So, if you’re ever wondering what to do on a rainy day, talk about rain—or condensation, precipitation, evaporation…and how lucky we are to be on a planet with liquid water. No other planet in the solar system has that. But that’s a topic for a future article. Stay tuned, and never stop learning!