After-School Programs Step Up as Key Partners in STEM Education 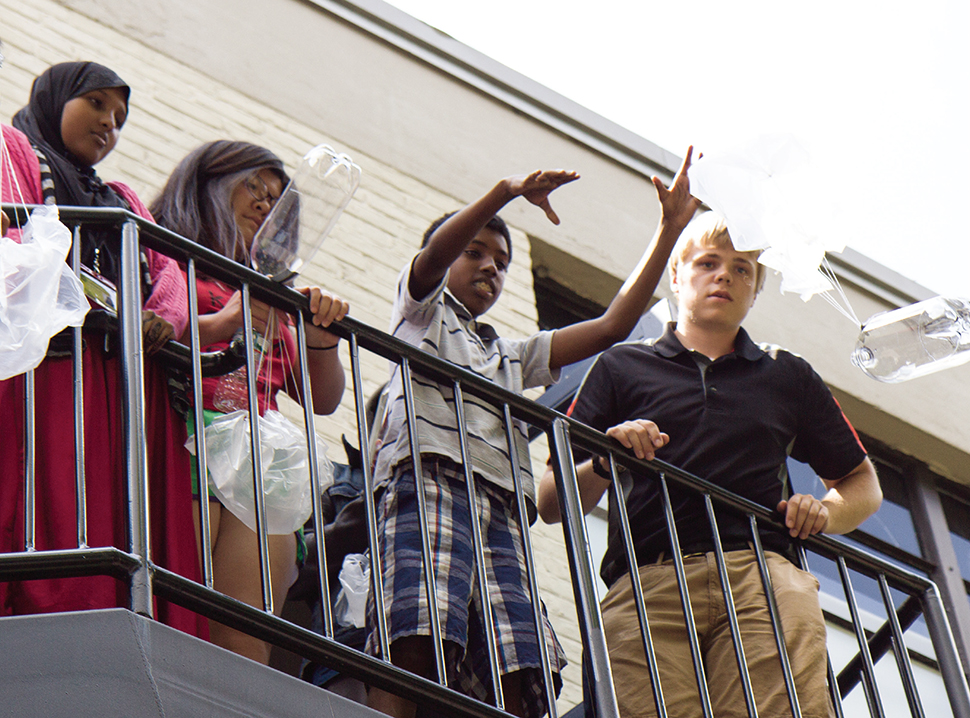 Full STEM Ahead: Afterschool Programs Step Up as Key Partners in STEM Education, describes parental attitudes and perceptions of STEM programming in their child’s after-school setting.

The America After 3PM survey is the nation’s most comprehensive household survey of how children spend the hours after school and asks parents and guardians of school-age children in the United States about availability and access to after-school programs. The 2014 survey, which followed prior surveys conducted in 2004 and 2009, reveals that over the past decade, the number of children in after-school programs has grown from 6.5 million to more than 10 million. Parents of an additional 19.4 million children would enroll their children in a program if one were available to them. 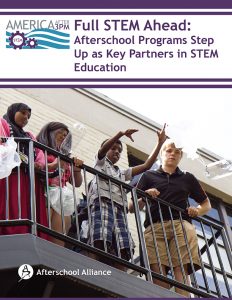 In addition to asking for information about after-school programs generally, the 2014 America After 3PM survey was the first to ask about children’s participation in programs offering STEM-learning opportunities, making it possible to produce a special report on STEM. Full STEM Ahead: Afterschool Programs Step Up as Key Partners in STEM Education, describes parental attitudes and perceptions of STEM programming in their child’s after-school setting.

The large number of households surveyed allows us to report responses across regions and demographics including income, race and ethnicity, and gender; analyze differences in the demand for, access to, and satisfaction in after-school programs by income, race, and ethnicity; and determine the opportunity gaps that persist. Key findings of the report:

Anita Krishnamurthi (AKrishnamurthi@afterschoolalliance.org) is Vice President for STEM Policy at the Afterschool Alliance in Washington, DC.