To attend the NSTA area conferences, proof of a COVID vaccination and/or a negative COVID test through CLEAR Health Pass is required.

NSTA is back—and we can’t wait to see you at our face-to-face area conference in National Harbor, Maryland!

This past year has been tough. It’s time to reconnect with colleagues and friends in-person this November in National Harbor—just miles from Washington, D.C. —for NSTA’s second area conference.

Join us as we chart a new path forward for science teaching and learning in the wake of the pandemic. Be part of the conversation about inclusive classrooms, supporting students post COVID-19, developing authentic assessment strategies, linking literacy and science, and so much more.

Plan to visit our famous Exhibit Hall and take advantage of exhibitor workshops as well as hundreds of presentations and sessions.

See you this November in National Harbor/Washington, D.C.!

Proposal notifications will be e-mailed by the week of September 27. 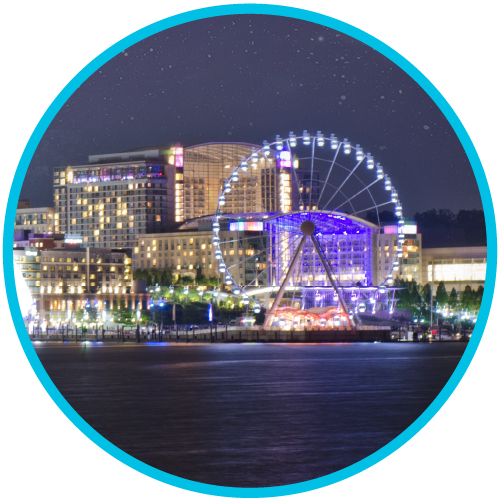 Browse our full selection of sessions that you can attend.

Teaching in the Digital Age. Literally.

As a teacher, connecting with students and connecting students to the curriculum is becoming either more difficult or more effortless, depending on the perspective. The ability to teach students using state-of-the-art technology makes for displaying concepts and topics more efficient than ever. With the global pandemic amidst and with no foreseeable end in sight, we’ve converted to convenient online instruction. But how do we incorporate that meaningful teacher-student social interaction? Carter will pull from his own experience to share the events that sparked his early interest in science and the teachers who curated that spark. He will discuss his current research with the New York African Burial Ground and the importance of listening to students to hear their perspectives and enrich the lesson. Setting a trajectory for students and teachers themselves is a necessary component of academia, and we must introduce students to all career paths and create a solid plan of development to continue evolving as masters of instruction. 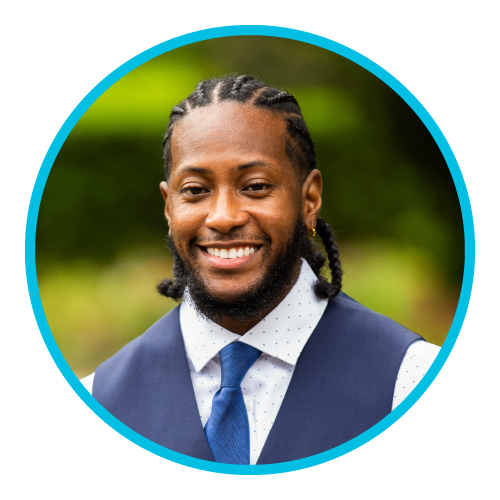 Dr. Carter Clinton is a postdoctoral scholar in the Department of Anthropology at Penn State, a recent graduate of Howard University, and former assistant curator of the W. Montague Cobb Research Laboratory. He is a genetic anthropologist, National Geographic Explorer, and Cosmos Foundation Scholar. Carter's research interests include studying understudied, unidentified African descended peoples (historical and contemporary) to fill in the missing genetic identity gaps created by the Trans-Atlantic Slave Trade. He has extensive experience working with historical populations of the African diaspora, most notably the New York African Burial Ground (17th–18th Century) and the Cobb Collection (19th–20th Century).

Call to Action for Science Education

Director, Board on Science Education, The National Academies of Sciences, Engineering, and Medicine

In July, the National Academies of Sciences, Engineering, and Medicine issued the report Call to Action for Science Education: Building Opportunity for the Future. In the report—funded by the Carnegie Corporation—leading scientists, educators, and other key stakeholders identify effective science education practices and lay out the major challenges educators face to implement a coherent K–16 science education program. 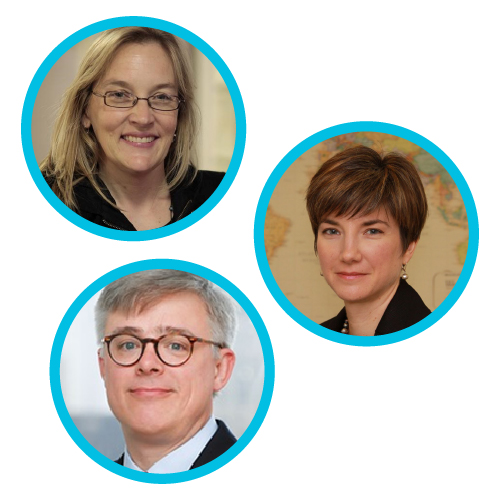 Heidi Schweingruber is director of the Board on Science Education at the National Research Council (NRC). She has been involved in many of the major projects of the board since it was formed in 2004. Heidi co-directed the study that resulted in the report A Framework for K–12 Science Education (2011), which is the first step in revising national standards for K–12 science education. She served as study director for a review of NASA’s pre-college education programs in 2008 and co-directed the study that produced the 2007 report Taking Science to School: Learning and Teaching Science in Grades K–8. Heidi was an editor on the NRC reports America’s Lab Report (2006), Mathematics Learning in Early Childhood (2009), Discipline-Based Education Research (2012), STEM Integration in K–12 Education (2014),,and Science Teachers' Learning (2016). She co- authored two award-winning books for practitioners that translate findings of NRC reports for a broader audience: Ready, Set, Science! Putting Research to Work in K–8 Science Classrooms (2008) and Surrounded by Science (2010). Prior to joining the NRC, Heidi worked as a senior research associate at the Institute of Education Sciences in the U.S. Department of Education.

Erika has been recognized as a leader in the fields of informal science education and science communication. In 2010, she was elected as a AAAS Fellow for distinguished contributions and leadership in public understanding and engagement in science. She was a Noyce Leadership Fellow from 2012 to 2013. In 2007, the National Academy of Science awarded her with an Individual Distinguished Service Award and she shared Group Distinguished Service Awards in 2004 and 2011.

Jim Short is a program director within the Carnegie Corporation of New York's Education program, where he manages the Leadership and Teaching to Advance Learning portfolio. Jim oversees grantmaking aimed at preparing and supporting teachers and school and system leaders for learning environments that enable students to develop the knowledge, skills, and dispositions they need for future success.

Education Is the Foundation to Combating Climate Change

Climate change is a global human issue that affects each and every one of us, yet impacts some of us disproportionately. Jasmine Sanders will speak to attendees about this intersectional, complex issue; its various impacts; how educators are part of the solution; and the organization she leads that works with young people on an everyday basis to advocate for change. "Imagine the possibilities when we use our power as educators and tap into young bright minds to make a difference." 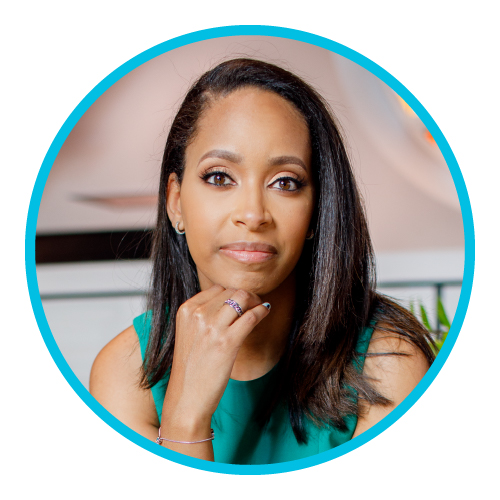 Jasmine Sanders is a climate scientist, strategist, advocate, and native of Monroe, LA Growing up in Louisiana, she witnessed the impact of rising sea levels and underpriced fossil fuels that led to devastating oil spills, hurricane that exacerbated the existing stressors and social inequities, and that state washing away. Motivated by her love of science and passion for climate policy, she researched the effects of rising sea temperatures on corals in her graduate studies in the United Kingdom.

Jasmine is executive director of Our Climate, a climate change advocacy organization energized by its youth grassroots movement. Striving to raise awareness of the intersecting effects of climate change and the communities of color who are disproportionately affected, she utilizes the positivity that results from uplifting our youth to make a global impact.

Jasmine has written legislative briefs for the U.S. House of Representatives Science, Space and Technology Committee, and worked for Terpstra Associates, a DC lobbying firm where she advocated on Capitol Hill for agricultural and environmental issues.

Supporting the Social and Emotional Needs of Students Post-COVID-19

This past year has reinforced the need to incorporate social-emotional learning in the classroom. The Next Generation Science Standards provide guidance on how students can investigate forces, matter, and living things. They also emphasize skills that are significant to students’ social and emotional learning (SEL). For instance, communicating effectively, negotiating conflict, collaborating with others, teamwork, respecting and appreciating others’ creativity, engaging in argument from evidence, and discussing successes and disappointments are all social and emotional skills that can lead to healthier students with better academic and life outcomes. Share some creative ways you bring these skills into science-connected learning. 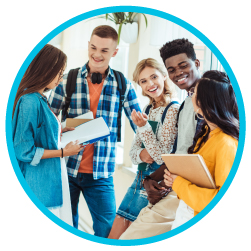 Sociocultural factors (especially ethnicity and culture) have a direct and significant impact on learning and participation in science-connected learning. The inclusion of special needs students must also become a priority. This strand will include explicit discussions about past and current inequities in science and engineering education and share best practices for more deliberate and effective work to provide equitable access for student groups who have been excluded or marginalized in the past. Consideration should be given to educators and administrators who have noted differential student outcomes, especially in areas where inequities have been documented, and how they have used that data to address those disparities. 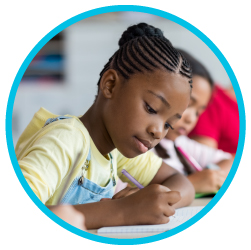 Innovating the Future of Education: Technology and Science Education

As we move forward with new tools and ideas for teaching with technology, this strand was developed to share innovations that we want to carry forward into the future of science education. There are so many options for incorporating technology and varied learning platforms. How do we ensure all students are given maximum opportunities for equitable learning? What worked and what didn’t? What increased learning, equity, and access? What do we still need? What students thrived and what problem-solving helped those who did not? 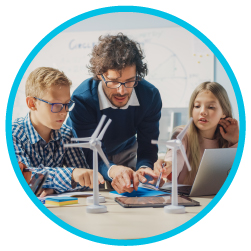 When educators work together, they create greater learning opportunities and successes for students. Forming collaborations also provides opportunities for educators to support, encourage, and empathize with one another—thus forging important professional and personal relationships. We most often look to those within our own communities for such collaborations. However, extending ourselves beyond our “usual” communities can further enhance positive growth for students and educators. Consider sharing some of the more unusual and successful partnerships and collaborations that you have developed. 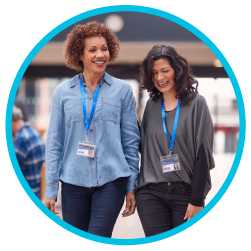 We understand the significance of measuring a student’s success. But how do we use authentic assessment as a tool and means to create learning experiences that focus attention on identifying and solving real problems, that apply to specific grade-level science-connected concepts, and that use engineering design processes to guide thinking and problem solving? How do we develop skills that are relevant to students after they leave the science classroom? 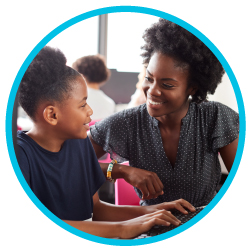 Literacy/Science Connections in the Classroom

Research shows that science supports elementary literacy programs, and resources and programs that successfully integrate science and literacy for our youngest learners are key to ensuring that these students have access to science. This strand will focus on how teachers can provide meaningful literacy/science connections in the classroom. 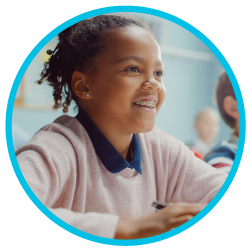 As a society, we’ve experienced a time like no other. Changes to our goals, plans, daily lives, and even learning opportunities asked us to pivot in ways no one expected. This is also a time to recognize our resiliency; desire to make a difference; and diverse, sometimes unplanned, learning experiences. How can we bring all of these experiences together to create a solid foundation that connects educators and students with the possibility of learning? This strand celebrates our diverse experiences and the professionalism of teachers as we share innovative new plans and strategies that you are implementing and/or creating to support your learning in your communities. 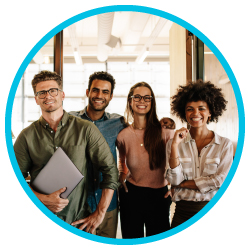