Where Do 'New' Diseases Come From? 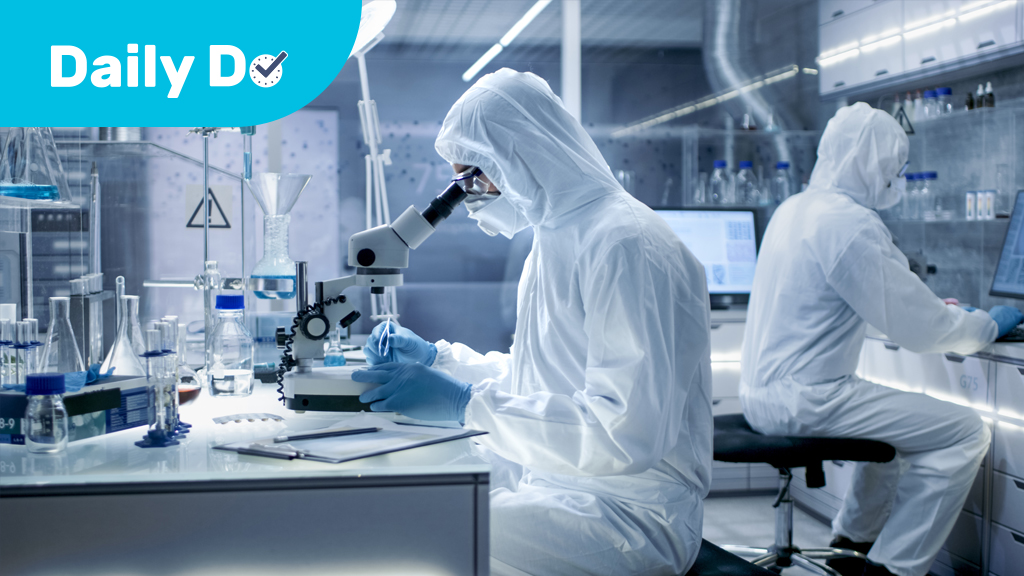 Welcome to NSTA's Daily Do! 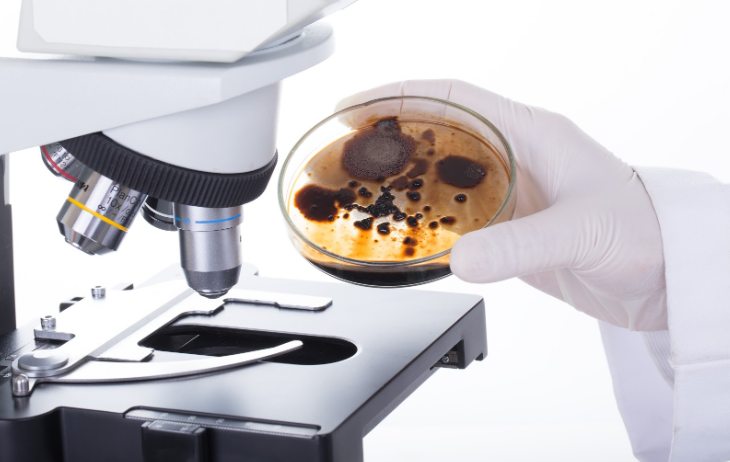 This task has been modified from its original design in order to be used by students, parents, and teachers in distance and home learning. While students could complete this task independently, we encourage students to work virtually with peers or in the home with family members.

Before you begin the task, you may want to access the accompanying Where Do "New" Infectious Diseases Come From? Google slide presentation.

Presentation of Phenomena (What am I exploring today?)

Guidance: Students will be introduced to the phenomenon through the video - bacteria and viruses are different; also, some bacteria and viruses change over time making the diseases they cause harder to treat. The goal is to get students thinking about where new bacterial and viral infections come from and how to treat the resulting diseases. Presenting a phenomenon and asking students to generate questions about it creates a need to figure out the answer to those questions. This is authentic engagement and a powerful learning process (unlike "learning about" the difference between bacteria and viruses and being asked to recall the information later).

Investigative Questions (What questions do I have about what I just saw?)

Investigative questions are common questions kids may ask after they are introduced to the phenomena. Although questions may vary, many students are curious about the differences between viruses and bacteria. This is the one we will focus on first.

Guidance: It is important to allow time for thinking. Many students have ideas and questions but need time to formulate their idea or question into words. Some students may also benefit from writing things down first before they share. As adults we may be tempted to give them questions we feel might be important to explore, however we need to refrain from this and allow our students to practice asking their own questions.

We want to focus on one question in particular at this point (slide 4):

Connection Guidance: If students ask about hand washing, consider asking them to mimic washing their hands and time them. Then set a timer for at least 20 seconds but no more than 30 seconds and have them wash their hands. Many people do not wash their hands properly or for enough time. When you don't wash your hands with soap for at least 20 seconds you can continue to spread bacteria and viruses (and other things). Last, don't forget to wash your thumbs and fingertips!

Conducting an Investigation (How do bacteria grow and respond to antibiotics?) 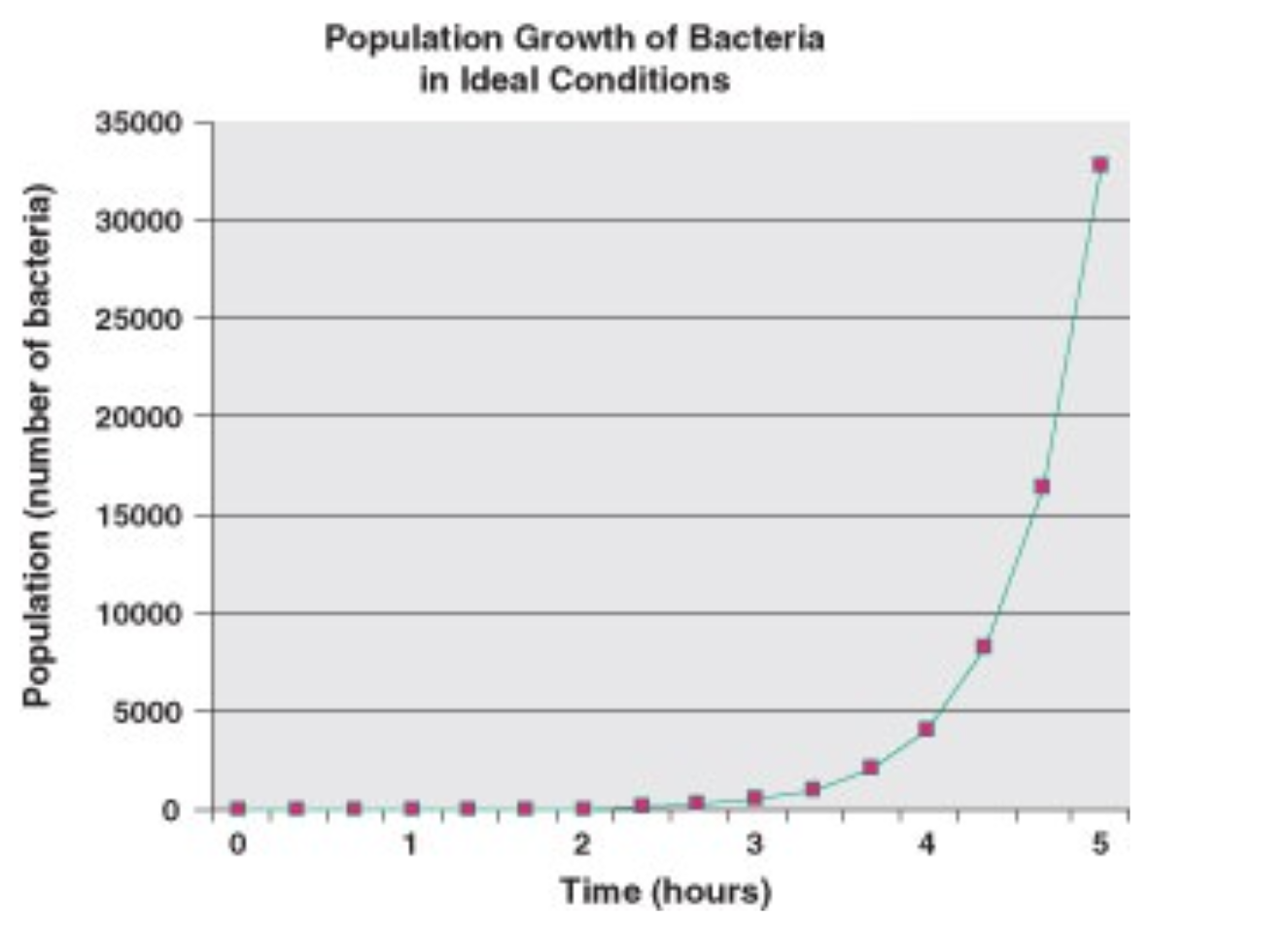 We then want to revisit our original questions, and investigate:

We are going to investigate the question "How do bacteria grow?" (Slide 7). After students watch the video and analyze the graph, have them add to their charts they made about bacteria and viruses. It is expected that students will know more about bacteria than viruses at this point, but this is okay and will be a strong connection to investigating viruses more later, especially in the Enrichment Extension (see end of task).

After Investigation 1, students will have figured out (slide 13):

But we also remember from earlier, that bacteria reproduce. So, we wonder what would happen if we allowed them to reproduce like we saw in the video earlier. This leads to Investigation 2 (slide 14)....

After Investigation 2, students will have figured out (slide 15):

Guidance: This investigation also allows students the opportunity to use the science and engineering practice mathematics and computational thinking. As students engage in the simulation they are making predictions based on a mathematical model, counting bacteria populations and looking at graphical representations of data. After students have completed the investigation consider engaging them in a discussion about how they used math in this activity to build the relationship between math and science.

Let's look back at what we did:

We conducted an investigation and discovered that:

So, let's go back to our original questions:

WATCH THE VIDEO BELOW (slide 18)

After watching the video, have your student once again consider how viruses and bacteria are similar and different. What information did they pull from the video that help students to continue to help them answer their questions.

Guidance: Here we can take stock of all the things we figured out about viruses and bacteria. Although, we did not figure out all the differences between viruses and bacteria, we have learned many things about how they are both similar and different. Have students reference their chart and add to it if they would like, but the big take aways are:

To answer our phenomena question Where do "new" infections diseases come from?

Connection Guidance: Recall a time when you were sick and how the doctor chose to treat it - an antibiotic versus not. Consider how you would explain to a friend who is frustrated the doctor did not give the an antibiotic for their congestion and cough. (This task could also be built in as a formative assessment)

If your students are conceptually ready to dig into viruses please continue on to the enrichment activity. In the NGSS, the study of viruses are not specifically identified however, are usually studied at the high school level due to their structure and function.

We have made some really interesting observations about bacteria and bacterial infections. But, how does that help us to understand what is going on today with the COVID-19 pandemic?

How do mutated viruses (ex. COVID-19) and bacteria (ex. MRSA) come to exist? 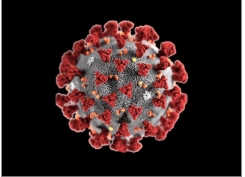 Now that we have explored the idea of mutated infectious diseases, we will investigate further the relationships among various families of bacteria and viruses that have long histories.

You can access the slides for the Enrichment Extension by clicking the link.

Examine the images and complete the charts seen in slides 2 through 4.

Have students write an explanation:

NSTA has created a Where Do "New" Infectious Diseases Come From? resource collection to support teachers and families using this task. If you're an NSTA member, you can add this collection to your library by clicking ADD TO MY LIBRARY located near the top of the page (at right in the blue box).

This Daily Do is inspired by and uses materials from the Why Don't Antibiotics Work like they Used To? storyline created by Inquiry Hub and Next Gen Storylines. Next Gen Storylines and Inquiry Hub Biology are an open-source resources that can be used by parents and teachers to implement students driven learning.

Why is Our Sun So Big and Bright?

How can we create quality experiences for students in distance-learning situations? Join us as we discuss strategies and apps that leverage critical t...

How Does Some Corn Pop?

While research has demonstrated the links between active learning and student success, lecture remains a dominant instructional method within introd...