Why Does Population Size Change? 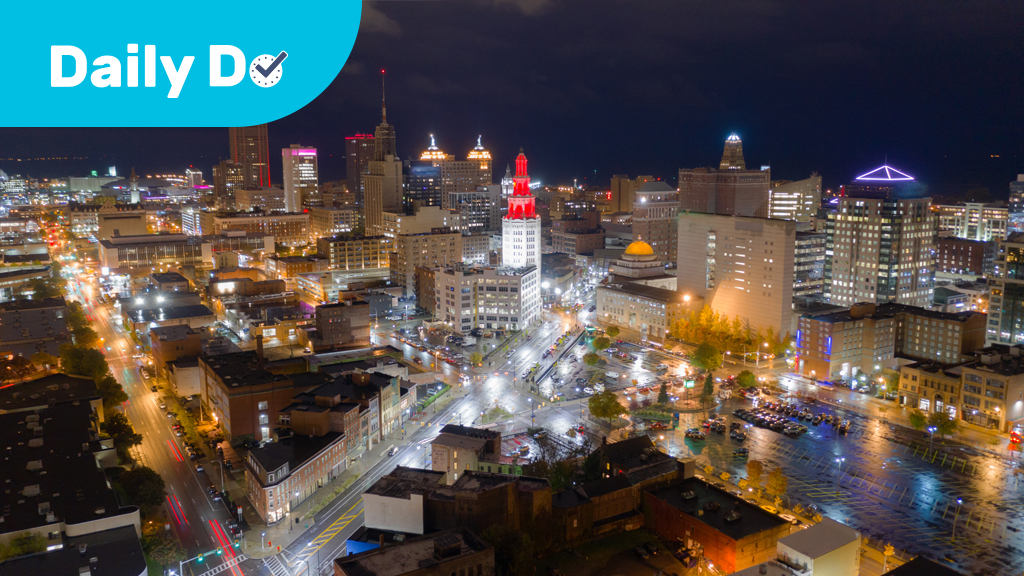 Welcome to NSTA's Daily Do!

In today's task, Why does population size change?, students engage in science and engineering practices and use the lens of cause and effect (crosscutting concept) to figure out there is a maximum number of buffalo an area can support based on the living and nonliving components of the ecosystem. This task has been modified from its original design to be used by high school students, families, and teachers in distance and home learning. While students could complete this task independently, we encourage students to work virtually with peers or in the home with family members.

Before you begin the task, you may want to access the accompanying Why does population size change? Google slide presentation.

Presentation of Phenomena (What am I exploring today?)

Guidance. Students experience the phenomenon of a buffalo population reaching an equilibrium size in a particular environment through the use of a simulation. The goal is to get students to identify patterns in data to develop a cause-and-effect relationship between population size and available resources. Students will develop predictions using patterns they noticed from the simulation to identify cause-and-effect relationships.

Presenting the Phenomenon. Ask students to examine the buffalo population graph (slide 2) and to record any possible reasons to explain the population increase on the Student Task Sheet or piece of paper. Students' possible reasons may include increased amounts of food, decreased numbers of predators, or less competition for resources.

Next, show students the two images of buffalo herds grazing in the Serengeti (slides 3 and 4). Ask them to record what they notice and wonder on a sheet of paper. Students will revisit these questions at the end of the lesson during the Building Consensus discussion.

Investigative Questions (How can we use a simulation to investigate our questions?)

Guidance. Students use a simulation to investigate the effects of different factors on buffalo population size to figure out a particular environment has a maximum number of individuals within a population it can support. It is important to have students define which factors they want to investigate in the simulation, such as changes in amount of food, competition, space, and climate. Students should focus on one factor at a time to determine its effect on the buffalo population size.

Tell students to record the final population and share with a partner or group. Ask them to record everyone's data in Table 1 on the Student Task Sheet. (If students are completing this task asynchronously, have them run the simulation a total of three times using these parameters). Once students have gathered all their data, ask them to analyze the data and identify any patterns they see.

Further Investigations. Instruct students to investigate at least two different changes in the ecosystem (slide 8). They may choose to look at changes in the following factors:

To make changes to the simulation, students need to first click the Set Up/Reset button.

Before students press the Go/Pause button, ask them to predict what will happen to the buffalo population based on the changes they made to the ecosystem. Remind students to record the parameters for each investigation and the final buffalo population size in Tables 2 and 3 on the Student Task Sheet.

My Observations (What can our observations tell us about cause-and-effect relationships in ecosystems?)

Guidance. Students will make connections using patterns in data to develop a cause-and-effect relationship between the buffalo population and changes in the ecosystem.

Show slide 9 and give students time to share their data from the simulations they ran with one another, then ask them to respond to the following prompts, also found in the Student Task Sheet.

Take a moment to look back at what we have figured out from the simulation using the prompt on slide 10 to guide the discussion. Give students some time to respond to the prompt before asking them what they have written.

Prompt. What conclusions can be made about how changes in an environment can impact the carrying capacity of specific organisms?

Guidance. It is important to allow students to document what they have figured out on their own in their own words. During the discussion, the students should do most of the talking, and the adult is there to listen and prompt the student. Some suggested prompts are these:

This lesson begins to build understanding of the complex relationships that govern ecosystem dynamics. If you are interested in the storyline this task was excerpted from, see the Acknowledgements section below.

Note: If you want to learn more about how to get students talking, visit STEM Teaching Tool 48, How can teachers guide classroom conversations to support students' learning?

While the Serengeti isn't a place most students have personally experienced, they can connect the rules that govern this large ecosystem to the ecosystems around them. Families can expand on the ideas in this learning task in many ways at home, including these:

Another resource you could explore is the episode The Serengeti Rules from the PBS series Nature.

NSTA has created a Why does population size change? collection of resources to support teachers and families using this task. If you're an NSTA member, you can add this collection to your library by clicking ADD TO MY LIBRARY, located near the top of the page (at right in the blue box).

This Daily Do is inspired by and uses materials from the How Do Small Changes Make Big Impacts on Ecosystems? storyline created by Next Gen Storylines and inquiryHub. Next Gen Storylines is an open-source resource that can be used by parents and teachers to implement student-driven learning. inquiryHub is a research-based curricula supporting Next Generation Science.