Why Should We Prepare for Earthquakes? 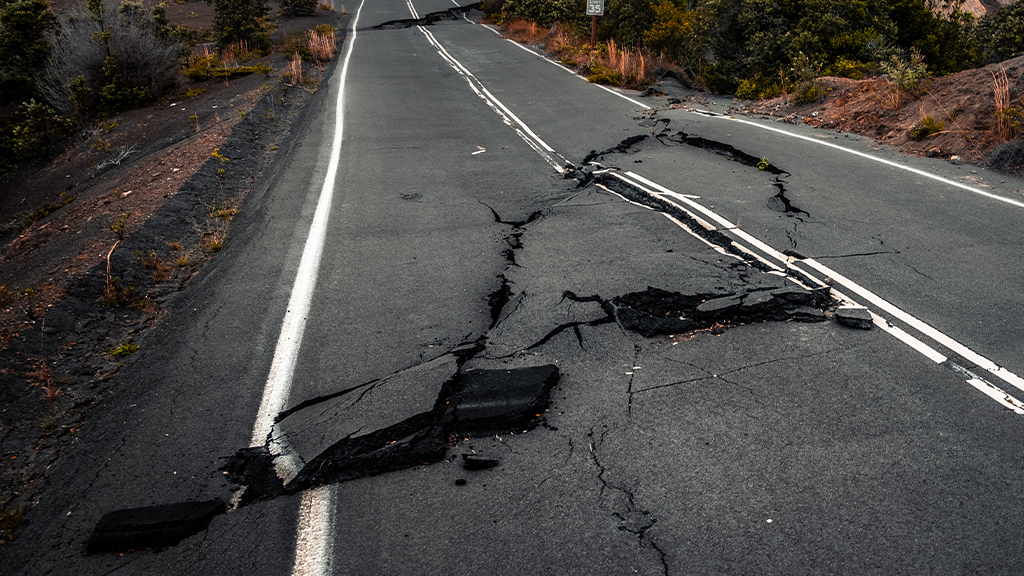 In today's task, Why should we prepare for earthquakes?, students observe the phenomenon of people in every state experiencing shaking caused by earthquakes in the past 26 years. Students engage in the science and engineering practices of analyzing data and obtaining information which leads them to ask investigatable questions about earthquakes. They also consider their role in protecting themselves, their families, and members of their communities from harm during and after an earthquake.

Did you feel it?! At 2:00 am ET this morning (9/9/20), a 3.1 magnitude earthquake occurred near East Freehold, New Jersey. Earthquakes also occurred near Pahala, HI and The Geysers, CA. Do you live in or around these areas? Contribute your experience to the USGS intensity maps (even if you didn't feel shaking) and help geologists and agencies tasked with emergency response learn from these event.

Say to students, "I have an intriguing phenomenon to share with you!" Ask students to prepare a space in their science notebooks to record observations and any questions that arise. Share the Did You Feel It? U.S. Cumulative Response, 1971-2017 map with students and ask them to make and record observations. If students have their own computer, tablet, or phone, you might share the link to the map with them and let them view it on their own device. Encourage students to look at the map as a whole as well as individual earthquakes. Zooming in on an epicenter (star) reveals the magnitude/size (M) and date of the event.

Note: Tell students significant events are characterized by a combination of magnitude, number of people who submit the Did You Feel It? report, and number and type of emergency response agencies contacted. For example, a high magnitude earthquake that occurs in an unpopulated area would not be represented on this map.

If you hear students trying to explain the patterns in data, you might say, "We're interested in the what right now, not the why." Encourage these students to try to find at least one additional pattern.

Bring the students back together to share patterns they identified with the class. Begin by calling on students who shared the ideas listed above. Create a class list of patterns. You might indicate on the list how many groups noticed the same patterns. If students share questions, ask them to record the questions in their science notebooks; you will call for questions later.

Ask students, "Which patterns (refer to the class list of patterns) might the intensity scale descriptions and Did You Feel It? questions help us explain?" Students will likely identify the pattern lower magnitude earthquakes in the middle and eastern states have the same/nearly the same intensities as the higher magnitude earthquakes on the west coast. Ask students to turn and talk with their partner or small group before sharing their ideas about how this information helps explain the pattern with the class. Students will likely say

Consider adding these ideas to the class list of patterns.

Ask students, "Can we explain all of the intensity patterns we observed using information from the intensity scale descriptions and Did You Feel It? questions?" Again, ask students to turn and talk to a partner before sharing ideas with the class. Students might say we still haven't explained why intensity doesn't go from highest to lowest away from the earthquake epicenter like a "bullseye" or "target" pattern.

You might say to students, "Because we observed the pattern earthquakes have been felt in every state and many of us are wondering how to stay safe in an earthquake, should we answer this question first?"

You might then share the Frequency of Damaging Earthquake Shaking Around the U.S. map with students. Consider teaming with a math teacher to facilitate grade-appropriate discussions about probability with students. If circumstances don't allow an integrated approach, consider the following prompts:

Refer students back to the list of class questions. What questions can we now answer?

Consider navigating students into a building understanding discussion about whether we (our school, our community) should prepare for damaging earthquake shaking. You might ask:

If students agree they should prepare for damaging earthquake shaking, consider registering for a Great ShakeOut Earthquake Drill. (And they can join millions of people performing earthquake drills on International ShakeOut Day, which is always the third Thursday of October.)

NSTA has created a Why should we prepare for earthquakes? collection of resources to support teachers and families using this task. If you're an NSTA member, you can add this collection to your library by clicking ADD TO MY LIBRARY located near the top of the page (at right in the blue box).