Collecting real-time data is important in science and science education, but it also presents a wonderful opportunity to learn about graphing and data visualization in general. It also provides an inspection into what learning actually looks like. I’ve used the Vernier Hand Dynamometers for many years to teach graphing to students from preschool to grad school. Using a few planned activities, and a gentle progression from concrete to abstract, “being the graph” leverages immediate feedback to “teach” how data is presented in a graph. 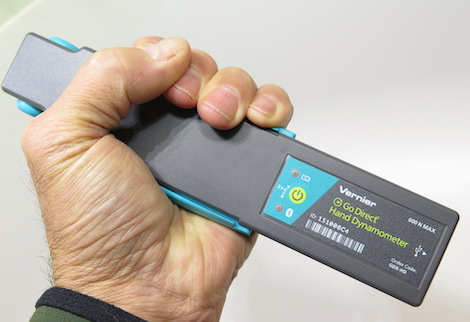 The Vernier Go Direct Hand Dynamometer can run as high as 10 samples per second over a 600 Newton range (safe up to 850 N) all while talking to a computing device via Bluetooth 4.2 up to 30 m away (your mileage may vary). The internal replaceable 300 mA rechargeable battery should easily allow a whole day’s worth of dynamometering. 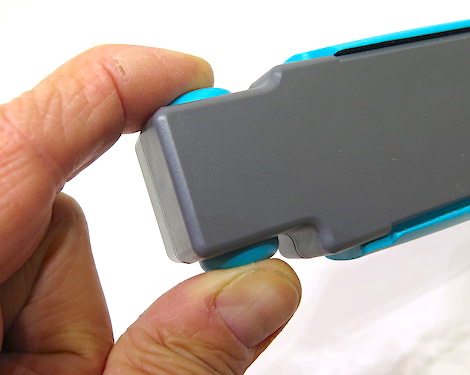 The strain-gauge based isometric force sensor (AKA: Vernier Go Direct Hand Dynamometer) fits comfortable in the human hand, and a pair of fingertip pads are provided for more refined and less forceful gripping surfaces. Output can be in newtons, pounds, or kilograms and the dynamometer can talk to a computing device through Vernier’s Graphical Analysis 4 software whether by bluetooth or cable.
The Vernier Go Direct Hand Dynamometer is exceptionally good at measuring muscle fatigue in addition to strength. Single-subject experimentation can include limb position during data collection, dominant vs non-dominant limb measurements, and predication line following across different force values such as trying to follow a prediction line while at the upper end of grip strength.
Vernier has the following suggestions for operation: “To assess grip strength, hold the sensor in a vertical position so that the fingers and palm of the hand make contact with the sensor pads. Squeeze the sensor so that force is applied to the pads. To assess pinch strength, hold the sensor in one hand by the case avoiding contact with the pads. Using your thumb and forefinger of the opposite hand, place each on the opposing pinch pads and squeeze. If the default experiment duration is too long for your experiment, change the data-collection parameters in the program you are using.” 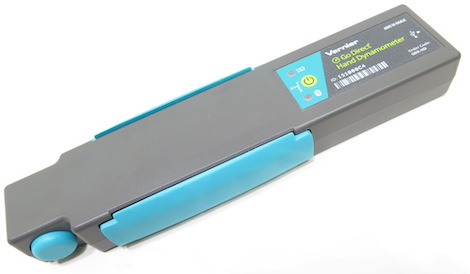 Further, the Vernier Go Direct Hand Dynamometer has seven distinct sensor channels including X, Y and Z acceleration, X, Y and Z gyro, and of course force. The measurements of acceleration and/or rotation add a triple dimension of what’s possible with this sensor. Further, you can calculate the total magnitude of angular velocity as well. In less than one cup of coffee, you could design a dozen physiological experiments all capable of enthralling the students and teaching far above the sensor’s pay grade.

But back to learning to learn. In a nutshell, the progression moves from exploration (which also allows the teacher to notice the upper limit of the student’s strength with the dynamometer. The next step is to answer a few questions about what makes the graph line go up and down. And the third of the beginning steps is to try and trace over a predication line drawn on the screen.
At this point, the student should be offered multiple opportunities to trace the predication line since that’s where much of the learning takes place. In fact, you could look at the graph the student is making through time as watching actual learning taking place. I can just imagine the synapses being connected and organized to allow the student to read the graph and duplicate the data in real time by providing the proper force input across the X-axis of time.
From here, we can use some target questions to help verbalize and solidify the concepts in the predication line. For instance, the slope of the line, a plateau, a drop to zero, and a repeating cycle (harmonic motion). Talking through the graph helps the student and the rest of the class to reason through how a force over time is represented by a continuous line. It also gives the students a chance to learn and exercise the vocabulary of graphing.
You know, maybe it would be easier to show you what I mean. Here is a progression of data screens that present the initial steps of creating a data visualization that actually shows learning in realtime and to a significant level of resolution. 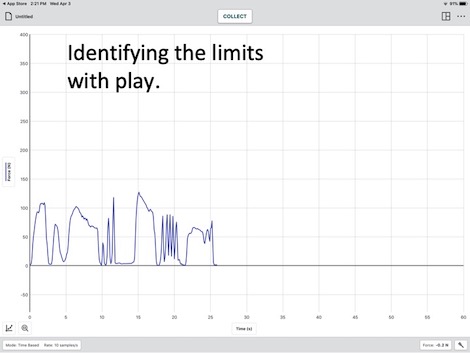 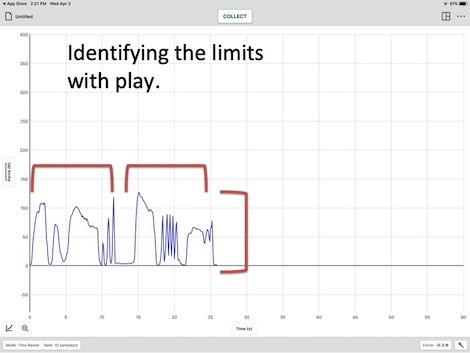 Step 2: Point out to the student some of the things you notice including what the graph looks like at zero force, various slopes (both ascending and defending) fast vs. slow responses and small changes compared to large changes. 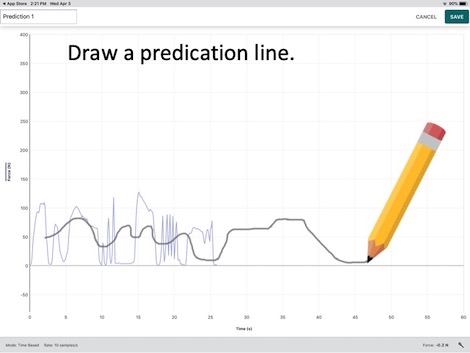 Draw a prediction line using the tool within the software that is well within the force and motor-skill capabilities of the student. Start the line several seconds into the time axis and about in the middle of the previous force measurement. This will give the student time to orient the relationship between squeezing the dynomometer and the fixed line. 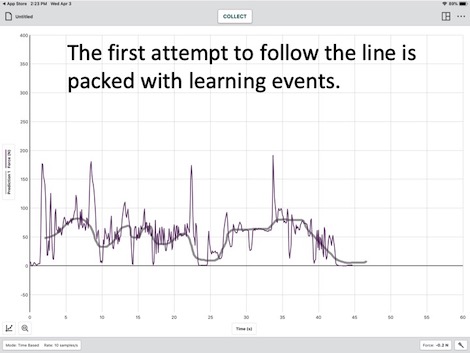 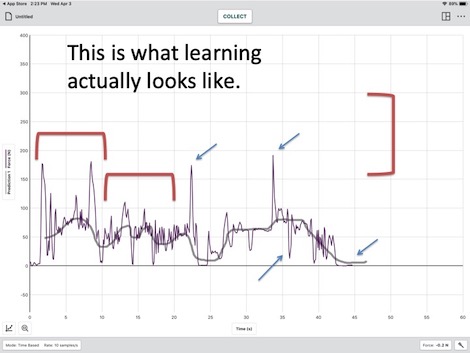 Actual learning is visible in the graph. Squeezing becomes more refined and scaled. Note some of the larger changes in the prediction line are accompanied by an opposite reaction, usually harder squeeze. Over time, the student follows the predication line with less amplitude, and sudden force adjustments are made in the correct direction more often. 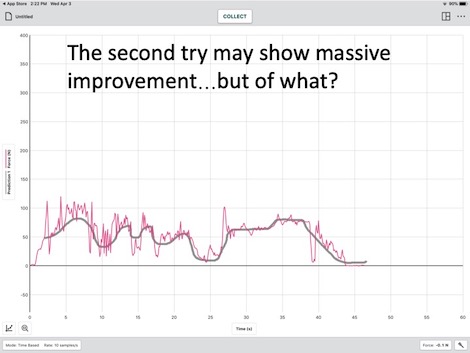 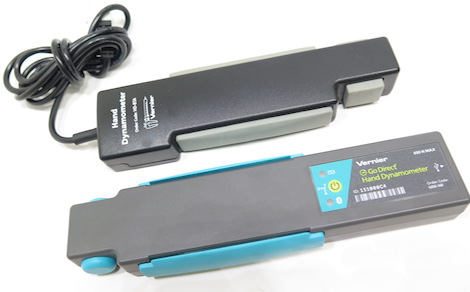 Currently, there are two versions of the Hand Dynamometer offered by Vernier with corded version selling for one dollar less in price. I’ve used both and the addition of the Bluetooth option is well worth extra buck. It allows the dynamometer to move about the classroom with ease. And most importantly, as I discovered using the corded model, a student’s enthusiasm for squeezing the sensor can sometimes exceed the length of the cord.
Other sensors also offer similar opportunities for learning how to “be the graph” including the Go Direct Motion Detector. But no matter what you use, or how you use it, the application of a digital sensor with realtime data graphing will also create visible learning in realtime.