Why Is a Covered Planet a Healthy Planet? 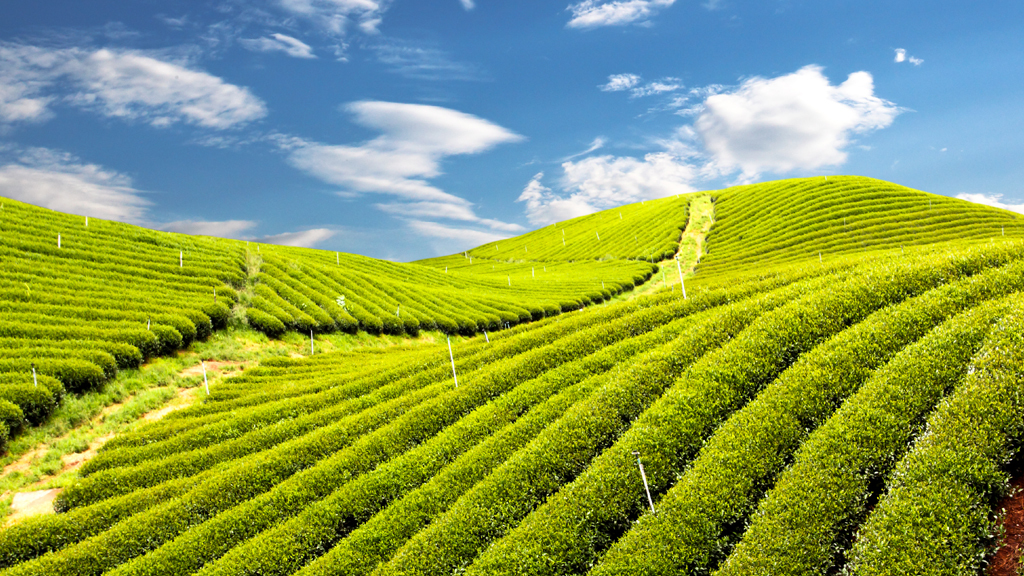 In today's lesson, Why is a covered planet a healthy plant?, students use a digital tool to analyze large data sets available from NASA Earth Observations to identify spatial and temporal patterns that can help support (or refute) the claim that tilling the land in spring (Northern Hemisphere) causes an increase in the amount of carbon dioxide in Earth's atmosphere and the growing crops causes the amount to decrease in summer.

This lesson is based on ideas presented in the movie Kiss the Ground. The educational version, Kiss the Ground: For Schools (password: school) is freely available to teachers, educators, schools, and community organizers thanks to a generous grant from the Bia Echo Foundation and Triptyk.

View the Why is a covered planet a healthy planet? NGSS table to see the elements of the three dimensions targeted in this lesson. 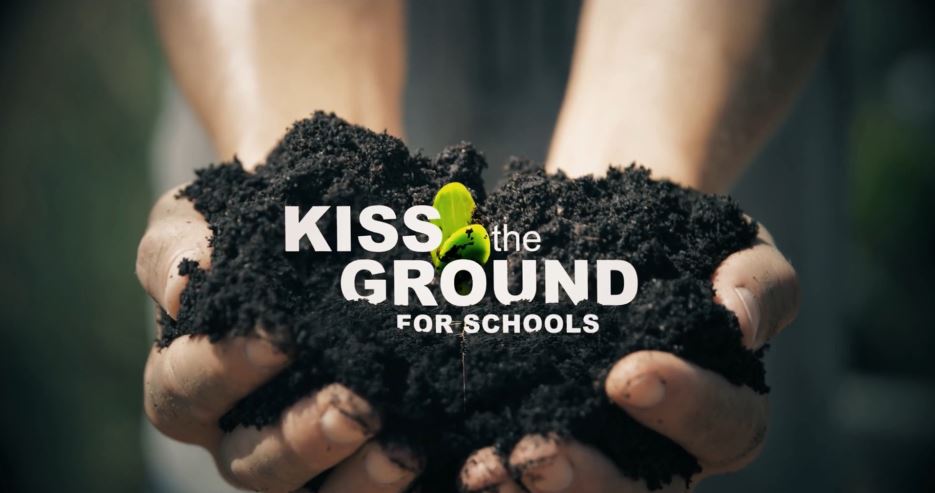 *Slides may be projected, electronically shared and accessed by students, or color-printed and distributed to students (one complete set per pair of students).

Tell students you have an intriguing phenomenon to share. Cue the Kiss the Ground: For Schools video clip (16:25). Share that the presenter they are about to hear from is Ray Archuleta, a conservation agronomist with the Natural Resources Conservation Service. Inform students that you will play the video clip more than once; encourage them to just watch and listen the first time, then play the clip.

Ask students to individually reflect on the phenomenon Ray Archuleta shared with the Kansas farmers. Give students one or two minutes to record their thoughts (science notebook, electronic document, journal app, etc.), then ask them to turn and share their thinking with a partner. As you move around the room (or virtual space), listen for students sharing the idea that the phenomenon is the change in the amount of carbon dioxide in Earth's atmosphere over a year—in this case, 2006.

Bring students back together and ask for volunteers to share the phenomenon presented in the video clip. Invite the students you heard discussing the change in the amount of carbon dioxide amounts in Earth's atmosphere in 2006 to share first. Consider quickly surveying the class to find out if students agree (thumbs up) or disagree (thumbs down) with these students' thinking. Record the phenomenon in a public space (whiteboard, poster, shared digital space, etc.)

Tell students you are going to play the video clip again and this time you would like them to pay close attention to the data presented in the computer model. This time, start the clip at 17:05, then pause at 17:20 to point out the Carbon Dioxide Column Concentration scale in the lower right-hand corner of the screen. Share with students that ppmv, which stands for parts per million per volume, are units used to describe air pollutant concentrations.

Ask students to work with a partner to answer the following questions and record their thinking in their science notebooks:

Bring the class back together. Ask students which color represents the highest concentrations of carbon dioxide, grey or purple? Consider pointing to the colors on the scale when asking this question. Next, ask students to share patterns they observed in the data. Students will likely share some or all of the following patterns (suggested teacher follow-up prompts in italics):

Record the patterns students identify in a public space. Tell students that the patterns they described are spatial patterns, which are variations across space (north to south, east to west, continent versus ocean, etc.). Label the patterns that students described spatial.

Bring the class back together. Ask students to share temporal patterns their group identified. Call first on the groups you heard discussing carbon dioxide concentrations increasing in spring and decreasing in June. Help students separate the pattern from inferences students make and the claims made by Ray Archuleta in the movie clip. For example, you might ask, "Is that something you observed, or something you think (or think you know) is happening?" Record the patterns students identify and label them temporal.

Now ask students, "What is the explanation for the spring increase and June decrease in global carbon dioxide concentrations that Ray Archuleta shares with the Kansas farmers?" Students will likely say that tilling the ground causes the carbon dioxide concentrations to increase and the growing plants (crops) cause the concentrations to decrease. If most students seem unsure, play the video clip from 17:15 to 18:28, then ask the question again. This time, tell students to share the answer with a partner before asking them to share with the class. Record this claim below the phenomenon (recorded at the beginning of the lesson).

Say to students, "Why do you think tilling the ground in spring causes the amount of carbon dioxide in Earth's atmosphere to increase and the growing plants cause the amount to decrease?" Give students independent thinking time to explain how farming causes carbon dioxide concentrations to increase (tilling), then decrease (the growing plants). Encourage students to use words, pictures, and/or symbols. Do not ask students to share their explanations at this time, but assure them you will return to the explanations.

Share the Land Cover Classification map with students (world view) and tell students that this map presents land cover data for the year 2006. Ask students to work with a partner to identify patterns they observe in the data presented in the map. Consider using the previously provided prompts to help students describe the patterns they identify more accurately.

Bring the class back together to share the patterns they and their partner identified with the class. Students will likely share the following:

Ask students what type of patterns they identified: spatial or temporal. If students are unsure, direct their attention to the class list of patterns identified in the carbon dioxide concentration data.

Say to students, "Most of us noticed that very little of Earth's surface is covered in croplands. What additional information do we need to support Ray Archuleta's claim that tilling the land causes an increase in carbon dioxide concentrations and the growing plants cause a decrease?" Give students independent thinking time to review their initial explanations and record their ideas. Then ask them to share their ideas in small groups.

Bring the class back together and ask each group to share one type of information they think is needed to support Ray Archuleta's claim. Accept and record all ideas. Student ideas may include these:

Tell students you don't have access to all of the different kinds of data they identified, but you do have net primary productivity data for the year 2006.

Before you describe net primary productivity to students, ask them, "Do you agree or disagree with this statement: Plants use and produce carbon dioxide?" Ask students to individually write their response and reasoning in their science notebooks. Do not poll students yet. Next, share a very short clip (0:00–1:48) from the Amoeba Sisters' Photosynthesis and the Teeny Tiny Pigment Pancakes. Ask students to revisit their response: Is there anything they would add or change based on the information presented? Now, poll students: "Do you agree (thumbs up) or disagree (thumbs down) that plants use and produce carbon dioxide?" If all students don't agree, take two shares from students who agree and two shares from students who disagree with the statement. Encourage students on both sides to use their knowledge of photosynthesis and cellular respiration and information presented in the video clip to support their claims. Poll students a second time; most students should agree that plants use and produce carbon dioxide.

Show students the Net Primary Productivity maps (data sets) for April, June, and August 2006. Tell students you would like to narrow the focus to analyze data collected over the United States to compile evidence to support or refute the claim that farming affects the amount of carbon dioxide in Earth's atmosphere.

Tell students, "We can see the net primary productivity changes between April and August, but how big is the change? We need a way to quantify the data to create a more convincing argument that tilling increases the amount of carbon dioxide in the air and the growing plants decrease the amount."

Share the NASA Earth Observations student activity sheet with students. Tell students that this website provides digital tools they can use to easily quantify the changes in net primary productivity among April, June, and August 2006 for any location on the map. The activity sheet provides instructions for accessing and analyzing the data represented in these three maps.

Allow students to work individually or in pairs to access and analyze the net primary productivity data for April, June, and August 2006. The following checkpoints are recommended for students who are new to these digital tools:

Additional Guidance. Students will analyze the three data sets (maps) at different paces. Encourage students who arrive at checkpoints ahead of their partner/group members to return to the main net primary productivity page and read About this dataset, found near the bottom of the page. You might also assign students to repeat the analysis for additional years. Land Cover Classification data (also found under the Life tab) and Net Primary Productivity data are available for 2001 to 2011.

Putting the Pieces Together

Ask students to return to their small groups and share their conclusions. Then bring the class back together and direct their attention to the space where you recorded the phenomenon and claim at the beginning of the lesson. Ask students to share a piece of evidence they or someone in their group gathered that supports (or refutes) the claim Ray Archuleta shared with the Kansas farmers: Tilling the ground causes the carbon dioxide concentrations to increase and the growing plants (crops) cause the concentrations to decrease. Create a bulleted list of evidence below the claim.

You might ask students to share if they feel the evidence is sufficient to support the claim. What additional data would they access and analyze to make a valid and reliable claim?

If time allows, play the entire Kiss the Ground: For Schools movie (password: school) to share with students how their explanation of the phenomenon of carbon dioxide concentrations in Earth's atmosphere changing over the year 2006 fits into the larger picture of reversing climate change.

NSTA has created a Why Is a Covered Planet a Healthy Planet? collection of resources to support teachers and families using this task. If you're an NSTA member, you can add this collection to your library by clicking + Add to Library, located near the top of the page.