Where Do Fossil Fuels Come From? 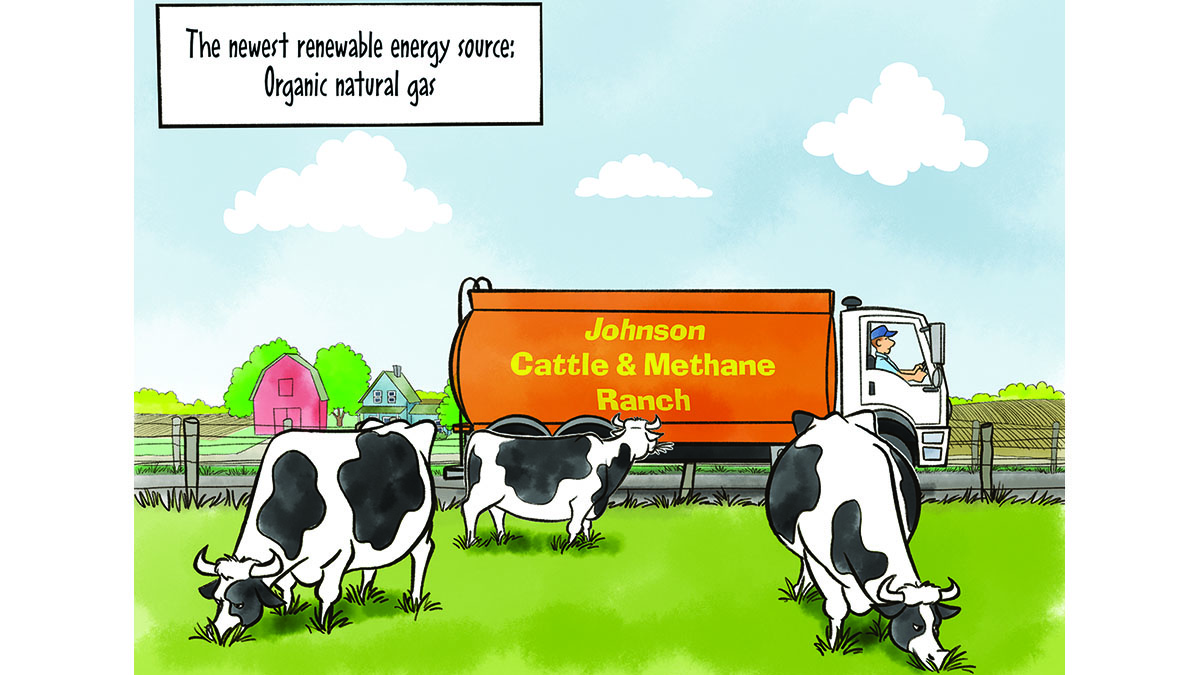 Now wait three days. (Consider starting this three days before you want to have the main discussion.) After three days, take off the books and paper towels, and ask what the first thing is that students notice. [Everything’s very squished!] That’s what happens when things are under a lot of pressure. Then either have students use a plastic knife to cut the “sediment sandwich” in half, or cut it in half yourself using any suitable knife. Allow students to examine all the layers, which gives them a good idea of what sedimentary rock looks like. Ask if they’ve ever seen a steep hill (or butte) or a road that was cut through some rock, exposing the sedimentary layers (see Figure 2).

Then have the students gently peel apart the bread. The layers really stick together, so this has to be done very slowly and carefully to avoid tearing the bread. Ask what they observe. One thing they can see is that the plant or animal (gummy candy) left an impression in the bread (see Figure 3). This is one type of fossil! See if they also notice that the impression in the bread looks a bit oily. It might also have some of the color from the gummy candy. This is similar to how we get oil from ancient plants and animals that have undergone a lot of pressure (and, often, heat). Most of the oil—from which we also get gasoline—that is pumped out of the ground comes from microscopic organisms called plankton.

It took millions of years for all the plants and animals that got buried under layers of rock to make fuels such as oil. Because it would take so long to replenish these fuels, we refer to them as non-renewable resources.

Another kind of non-renewable fuel is natural gas. Let’s try an investigation to see how gas might be produced from once-living plants and animals. Grab an empty plastic bottle. Since fossil fuels come from dead life forms, measure out 20 grams of dead animal—this could be chicken, tuna, egg, etc. Plop it into the bottle. Tear about half a dozen leaves of lettuce (or similar leaves) into little pieces and drop them into the bottle as well. Carefully add 100 grams of sand so it covers the organic material already in the bottle. Add 30 milliliters of water from a stream or pond. Gently add that water down the side of the bottle so as not to disturb the sand covering the dead plants and animals. Next stretch the opening of a balloon over the top of the bottle and seal it really well with packing tape or duct tape (see Figure 4). Put the bottle in a warm place where it won’t be disturbed. If the outside temperatures are warm, you could put it outside. This is preferable if you can find a place where no one will touch it.

Ask students what they think will happen. Then have students make daily observations of both the contents of the bottle and the state of the balloon. Drawing—and labeling—pictures of the bottle and balloon is a good way to keep track of changes. As the students start to see things change, ask what they think is causing those changes. Eventually they’ll see the balloon start to expand. What does this indicate? If students suggest that the balloon is filling with air, ask whether that’s the only gas that could be inflating the balloon. Presumably they’ve seen a helium balloon, so they know that air isn’t the only gas that can fill a balloon. What we’ve done so far isn’t enough to know what kind of gas is filling the balloon, but since the gas is coming from natural processes, doesn’t it make sense to call it natural gas? One of the gases that organisms can produce is methane. At your grade level, students probably won’t need to know that term, but I wanted you to know that that’s what “natural gas” actually is. That’s what you cook with if you have a gas stove. This investigation resulted in the production of a fossil fuel—natural gas. Notice how slow a process it was. So this isn’t a practical way to make large amounts of natural gas. And because we can’t make new natural gas quickly and easily, this fossil fuel is also considered non-renewable.

Today, fossil fuel industries drill or mine for these energy sources, burn them to produce electricity, or refine them for use as fuel for heating or transportation. And when they are burned, another gas is produced—carbon dioxide. This has created a problem, as an excess of carbon dioxide in the air has caused the average temperature of Earth to increase. Over the past 20 years, nearly three-fourths of human-caused carbon dioxide emissions came from the burning of fossil fuels. Fortunately people are now finding ways to create renewable sources of energy. These new sources of energy will be an improvement both because they provide us with more energy (at lower cost in some locations) and also because they don’t contribute as much to making the Earth hotter. Cool, huh?

Q: How Can a Design Challenge Be Used To Teach Science?