Are We Recognizing the Sheer Power of Mother Nature? 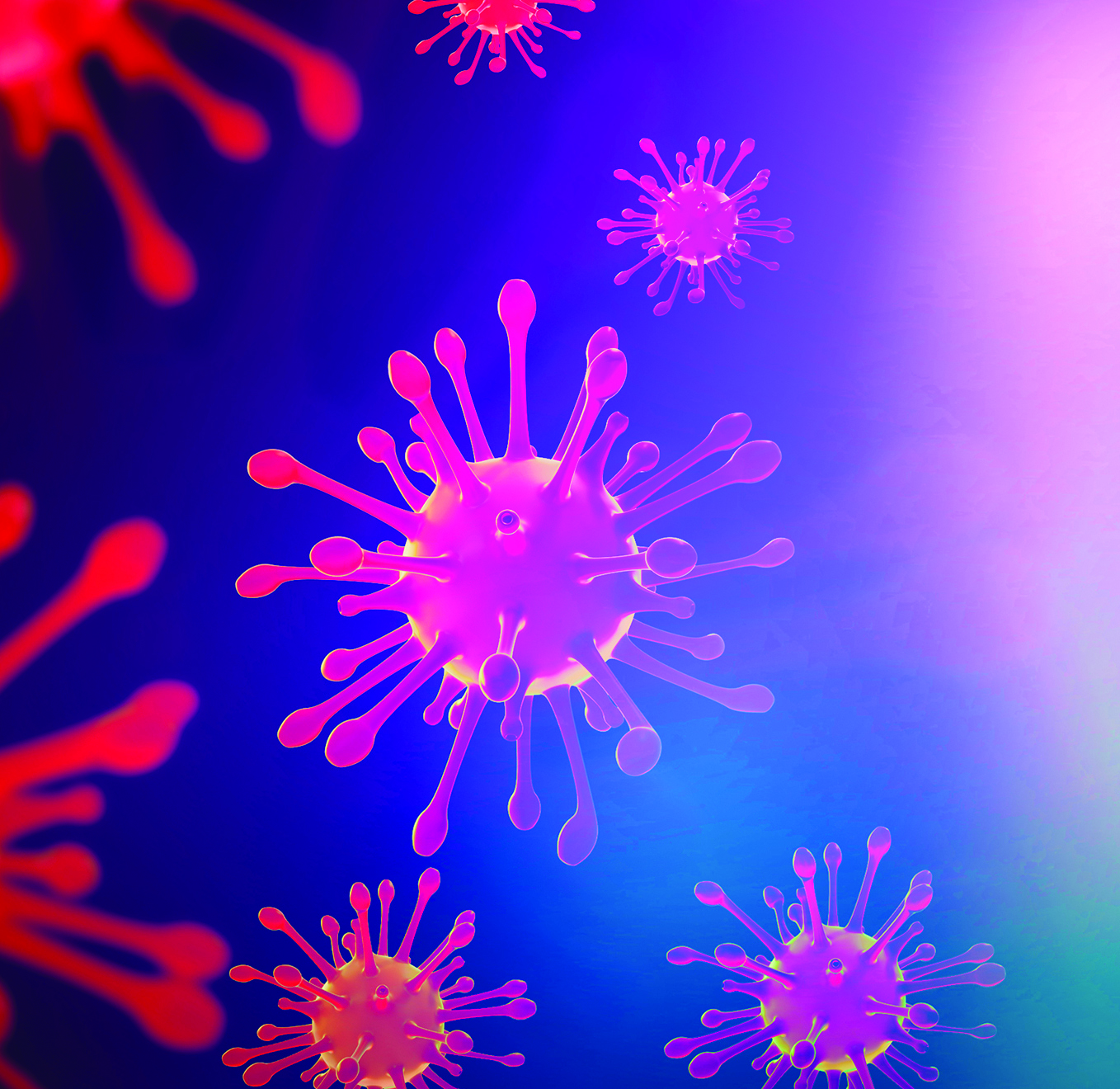 COVID-19. Viruses. Pandemic. Mother Nature. As we deal with this horrific pandemic, we must be sure our students understand the power of nature. There is still speculation as to the origin of this virus (as of this printing). Bats have been the most cited organism, with the armadillo-like pangolins as the intermediary host, yet there have been no known bat-human interactions reported. Pangolins are endangered mammals and are supposedly one of the most trafficked animals in the world. Since they are frequently sold in Asian markets, it is thought humans were infected in this manner.

The second hypothesis is the SARS-CoV2 could have evolved to invade its human host via its eloquent design for cleaving the human cell, thus making it efficient for spreading the disease through human to human contact. At this time, we don’t have enough evidence to know exactly which hypothesis is supported the most by data. Natural selection is currently the best explanation for the structure of the corona virus, which is part of a family of corona viruses with its protein-spiked backbone. Some of our students have heard the myth behind it being genetically engineered in a lab but due to its structure and genetic genome, there is no evidence this occurred (Bryner 2020).

Is human activity the real cause for emerging pandemics?

New information is surfacing that suggests man’s interaction with nature in the form of habitat destruction may be releasing previously unknown viruses that were safely tucked away in the confines of their natural environment. Is there a chance that the more habitats we destroy, the more pandemics we will unleash? Is this yet another ramification of climate change? (University of Liverpool 2017). Has Mother Nature effectively sent us to our rooms for time-out with the outbreak of COVID-19 due to our role with changing landscape of the Earth through logging, destruction of the rainforest, and other major mechanisms of habitat alterations (Zohdy et al. 2019)?

The power of Mother Nature cannot be overlooked, understated, or ignored. As we know from the film Jurassic Park, nature always finds a way.

Nature and environment in the science classroom

Environmental studies seem to take a backseat in many science classrooms at a time when students must be well-versed in the social issues surrounding nature and the impact of humans on the environment. Preservice science teachers often do not feel prepared to address climate change in the classroom both from the standpoint of not knowing the content and fear of retribution from administrators and parents with this supposed controversial issue. Politicians, who for some reason have the power to approve state science standards, do not want the words “climate change” in them.

This in fact happened in my state, Ohio. As a member of the biology standards committee, we had to dance around the wording so that “climate change” was only implied. In a time where this is the most important, all-encompassing issue we, as humans, are facing, our students must be more than well-versed on the issue, the ramifications, and methods for combatting climate change. As it is, teaching climate change is often a “filler” in classes instead of an overarching theme that all biological concepts could surround and connect.

The advent of this current pandemic has shown the absolute necessity for our students to have the media literacy skills to determine reliable sources, the credentials of authors making claims, and the validity of information they receive. On social media, fake claims run rampant and the general public, including our students, often do not dive deep into stories to determine their credibility.

Our students must have these skills if they are to take action, much like Greta Thunberg did during her emotional, powerful speech at the United Nations Climate Action Summit in 2019. Are our administrators and school boards afraid of our students becoming activists and taking action in their communities to preserve habitats, to participate in citizen science action projects, and to make other changes whether big or small? If so, it is our role to be transformative science teachers to empower our students to be leaders in their communities. We must be transformative science teachers and push back on the mandated standardized testing that rob us of essential time to enact change in our curricula. It is our time to be activists ourselves when it comes to these issues.

We must help our students gain the skills to interpret scientific papers, providing them with the foundation to take action. Writing letters to their political representatives weaves language arts into science. Examining graphs and data charts enables our students to see mathematics in action. And, with the pandemic, maps of countries facing this virus links science to social studies. The interdisciplinary nature of many socio-scientific issues provides teachers with a plethora of opportunities to be interdisciplinary in their approach to project-based learning, problem-based learning, and helping students see that knowledge is not an isolated phenomenon occurring from one class period to the next.

We, as adults, are responsible for the damage that has been done to Mother Nature. We must educate our youth so they will do a far better job of nurturing the environment around them than we have done.

Bryner, J. 2020. The coronavirus did not escape from a lab. Here’s how we know. Live Science. March 22. https://www.livescience.com/amp/coronavirus-not-human-made-in-lab.html