The Tuskegee Airmen: Teaching the 4Cs 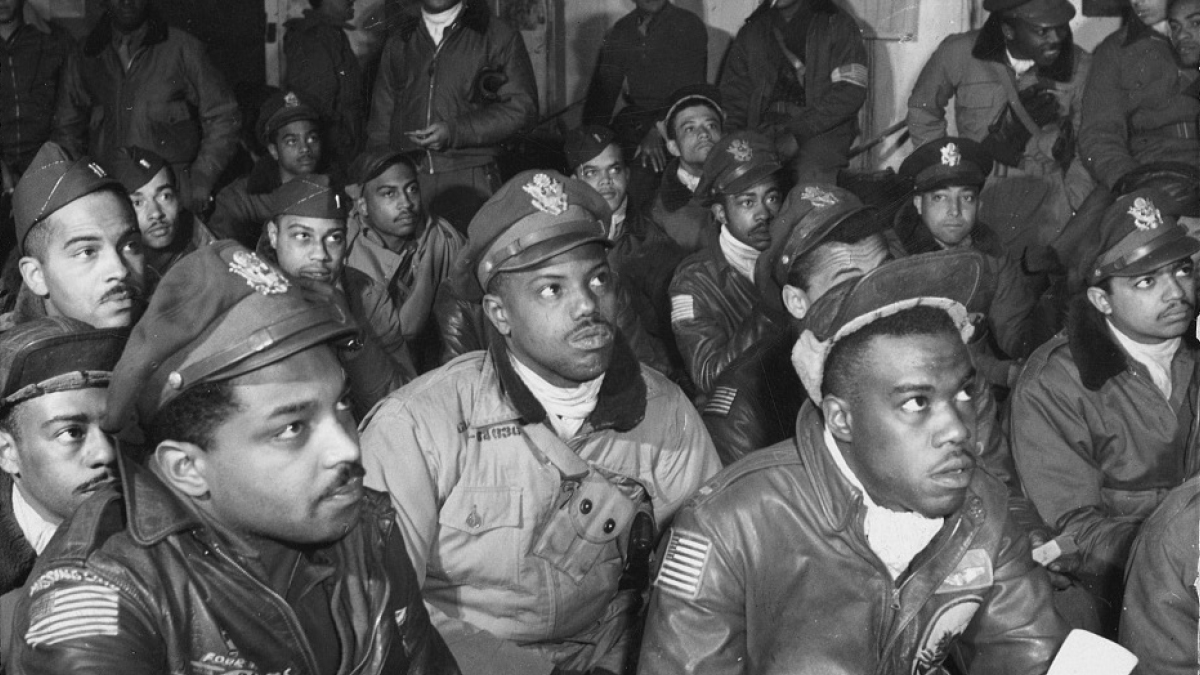 As the United States stood on the brink of involvement in World War II, it became evident that more men and women were needed to serve in the military. The U.S. Army Air Corps (a predecessor of the present-day Air Force) opened its ranks to African Americans. Lt. Col. Noel F. Parrish, an advocate of blacks in the military, oversaw their training at Moton Field, located on the historic African American campus of Tuskegee Institute in Tuskegee, Alabama. This became the home of the distinguished Tuskegee Airmen, the first African American military fighter and bomber pilots in the U.S. Armed Forces.

Under Parrish, men trained as pilots, mechanics, air traffic controllers, parachute riggers, navigators and electrical system specialists. The pilot cadets had to pass flight training school in order to transfer to Tuskegee Army Air Field to continue their training process with the U.S. Army Air Corps. As the first African Americans selected for this task, the men held themselves to a higher standard of achievement. The young men worked with one another to solve mechanical issues, they viewed flight plans together, and discussed the social and interpersonal challenges they experienced. Some of these activities were documented in photographs.

These images can be used to introduce students to the 4Cs: critical thinking, creativity, collaboration, and communication. Guide students to create a graphic organizer by dividing a sheet of paper into four squares, writing one C in each section. Provide students with the four featured images and invite them to complete a photo analysis considering how the images reflect one or more of the 4Cs. Once completed, students can use the organizer to record their observations and communicate how the Tuskegee Airmen applied the 4Cs to their work, as evidenced by the photographs. This format offers an alternative assessment to gauge student’s understanding and mastery of the 4C concept.

Analyzing the photos may pique student interest in learning more about the Tuskegee Airmen. Share that the Airmen were deployed to North Africa and Sicily with the mission to escort bomber planes to their targets in Germany and ensure the safety of the bomber pilots returning to base.

General Benjamin O. Davis Jr. led the men of Tuskegee in combat. Under Davis’s leadership, the Tuskegee Airmen received high regards for their achievements. Other bomber crews called them “Red Tail Angels” because of the red color on their tail wings. The Airmen were active from 1940–48. Their legacy continues through the Tuskegee Airmen Incorporated organization.

The images above were taken by American photographer Antoinette Frissel Bacon, known as Toni Frissel. She took photographs of the Tuskegee Airmen during her U.S. government- sponsored trip to Europe in March 1945, to highlight wartime conditions. Frissel’s papers are in the Manuscript Division of the Library of Congress, and many of her photos are held in the Library’s Prints and Photographs Division. A portion of her work is available online at: www.loc.gov/rr/print/coll/090.html. The individual images are available at: www.loc.gov/ item/2007675063/; www.loc.gov/item/2007675007/; and www.loc.gov/item/2007675061/.

From the Field: Events and Opportunities, March 9, 2021

Engineering Your Own Liquid Soap

Q: Do Scientists Really Use the “Scientific Method?”