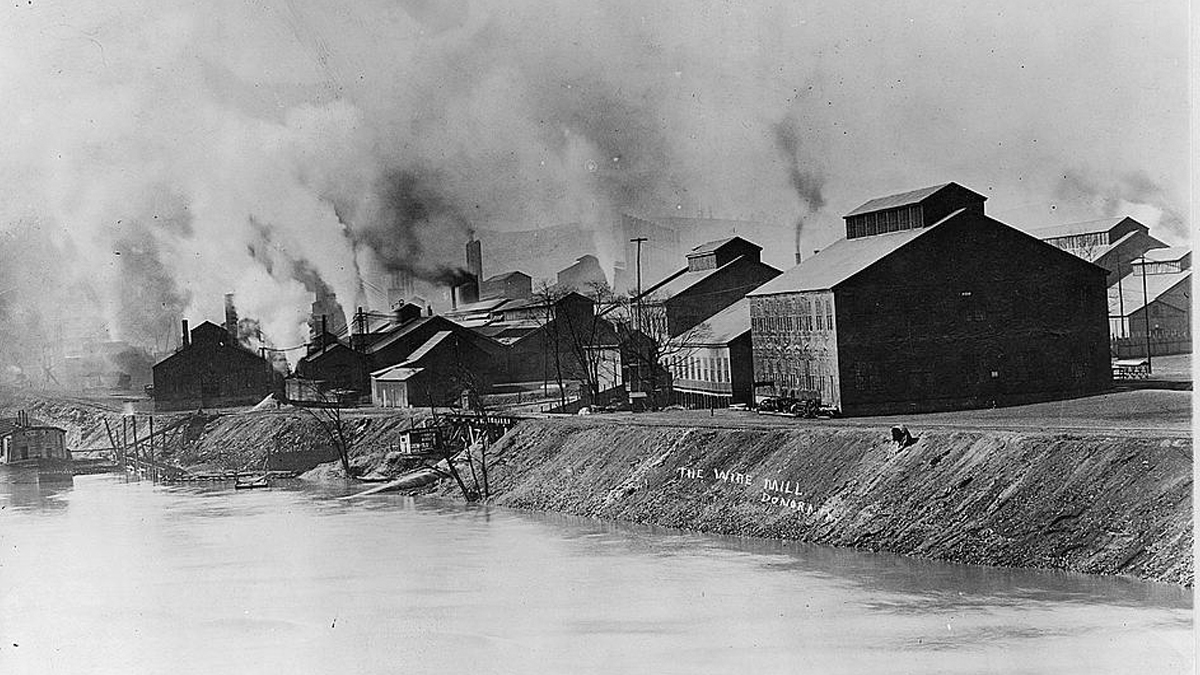 What factors cause society and governmental officials to respond to environmental issues? Case studies such as the Donora Smog event of 1948, and the federal response to it, may enrich student understanding of when and why Americans focused on the impact of air pollution.

On October 27, 1948, a thick smog covered Donora, a Pennsylvania city of 13,000 residents, most of whom worked in steel factories. Over four days, Donora experienced one of the worst air pollution disasters in American history. The smog caused nineteen deaths, negatively affected the health of over 1,440 people, and caused mild symptoms in another 4,470 residents.  Factory officials convinced the United States Public Health Service (USPHS) to study the disaster. The initial USPHS report released in 1949 did not assign sole blame to the factories, but did highlight effects of air pollution and became a catalyst for federal attention.

In December 1949, President Harry Truman directed his executive departments to co-sponsor a conference on air pollution. Truman’s request resulted in the federal government hosting the first ever United States Technical Conference on Air Pollution, May 3–5, 1950, assembling 500 experts representing a cross section of industries, who identified causes and impacts of pollution on Americans. As reported in Washington, D.C.’s Evening Star on May 3, 1950, President Truman announced to conference participants, “...the health hazards arising from air pollution, as shown by the Donora Disaster are especially important. We need to find out all we can between air contaminants and illness.” Conference recommendations resulted in the passage of the Federal Air Pollution Control Act of 1955 providing money for scientific research on air pollution and lead to subsequent Clean Air Acts.

Share the featured article with students and ask them to consider what media coverage on environmental disasters, issues, and responses reveals about governmental and societal commitments to environmental social justice.

The featured article, “Air Pollution Control Calls for Local Laws President Declares,” originally appeared in the May 3, 1950, edition of the Washington, D.C., Evening Star. It is available through Chronicling America at https://chroniclingamerica.loc.gov/lccn/sn83045462/1950-05-03/ed-1/seq-42/. Chronicling America is a website that provides access to information about historic newspapers and more than 15 million digitized newspaper pages. It is produced by the National Digital Newspaper Program (NDNP), a partnership between the National Endowment for the Humanities and the Library of Congress.

Another source that may be of interest related to the events at Donora, is a Pittsburgh public television news broadcast that aired 55 years after the disaster, in October 2003.  It is available through the American Archive of Public Broadcasting (AAPB) at https://americanarchive.org/catalog/cpb-aacip_120-289gj2zd#at_73.28999999999999_s. AAPB is a collaboration between the Library of Congress and WGBH that provides online access to thousands of hours of public television and radio programming that can be searched by media type, topic, date, and more. Most of the programming consists of regional and local programs that document American communities during the last half of the twentieth century and the first decade of the twenty-first.

Jen Reidel (jreidel@loc.gov) is the 2019–2020 Teacher in Residence at the Library of Congress.