What Viewing Earth from Space has Taught Me

Join Teacher-Turned-NASA Astronaut Ricky Arnold as he shares his journey from the classroom to working on the International Space Station. Arnold will be joined by NASA’s K-12 Education Advisor Cindy Hasselbring for an inspirational fireside chat, where they will discuss Arnold’s thrilling experiences in space, lessons learned, NASA's return to the moon through the Artemis program, and much more. 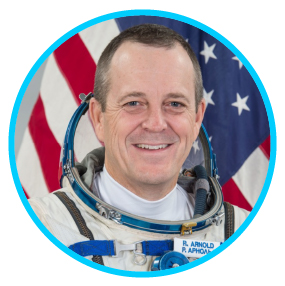 Richard R. Arnold II was selected as an astronaut by NASA in May 2004. The Maryland native worked in the marine sciences and as a teacher in his home state, as well as in countries such as Morocco, Saudi Arabia, and Indonesia. He accumulated 12 days, 19 hours and 29 minutes in space during the STS-119 mission. The mission objective for the Space Shuttle Discovery was to deliver the final pair of power-generating solar array wings and a truss element for the International Space Station. While onboard station, he conducted 12 hours and 34 minutes of spacewalks. Arnold most recently served as served as Flight Engineer on the International Space Station for Expedition 55 and 56. 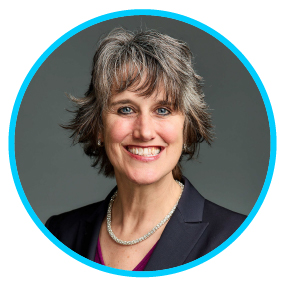 Cindy Hasselbring serves as K-12 education advisor for Next Gen STEM in NASA's Office of STEM Engagement (OSTEM). Previously, she served as assistant director for STEM education at the White House Office of Science and Technology Policy. While working at AOPA, Hasselbring led efforts to build a four-year high school aviation STEM curriculum. Hasselbring led STEM initiatives at the Maryland State Department of Education and was an Albert Einstein Distinguished Educator Fellow at the National Science Foundation. Hasselbring was awarded the Presidential Award for Excellence in Mathematics and Science Teaching at Milan High School in Michigan.