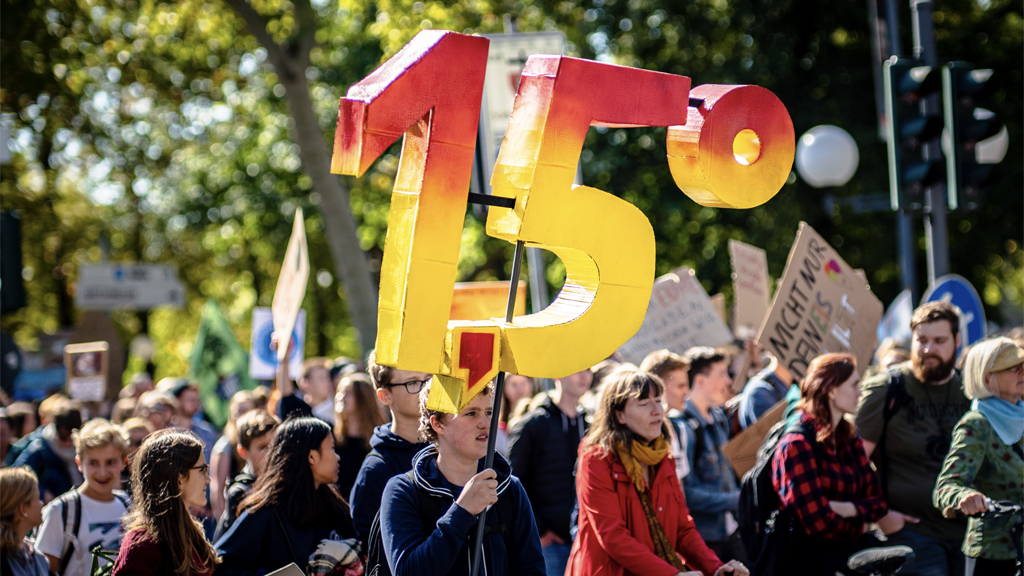 In 2015, recognizing the existential threat posed by global climate change and the need for coordinated action, nearly 200 nations adopted the Paris Agreement, a framework for addressing the climate threat on an international scale. A central goal of the agreement was this:

Setting such an explicit target—holding global average temperature increases below 2°C and preferably below 1.5°C—has the advantage of being simple, clear, and measurable. Considered in isolation from the wealth of evidence and scientific reasoning underpinning the goal, such small, round numbers are likely to strike us as either trivial or arbitrary, or both. But make no mistake, this seemingly narrow target is far from trivial and was not chosen lightly. The official report justifying it, prepared by a group of nearly 250 climate scientists from more than 40 countries (and reviewed by a separate group of another 400 scientists), clocks in at 630 pages, including more than 150 pages of citations, a 22-page glossary, and 10 pages devoted solely to defining acronyms.

But even such a colossal effort to explain how important that 1.5°C limit is might still run up against our natural tendency to find so small a temperature difference unexciting.

Before we continue, we need to address the fact that Americans think in degrees Fahrenheit, not Celsius. Most Americans really don’t have an intuitive sense of what a 1.5°C change feels like. If that number were expressed in degrees Fahrenheit—2.7°F—we Americans would have a slightly better feel for the magnitude of change. That still might not seem like much, but there are certainly times when a 2.7°F increase would be a cause for concern. For example, if one of my children had a fever of 101.3°F, 2.7°F above normal, it would certainly get my attention.

Fever is just one instance of a small change in temperature having a dramatic biological effect. For example, developing sea turtles are exquisitely sensitive to temperature: If turtle eggs are incubated below 81.86°F, all the babies will be male. Above 87.8°F, all of them will be female. As temperatures rise, the gender balance of the species will grow increasingly skewed.

For example, a remarkable project in a familiar place has provided clear evidence that the warming we’ve already experienced is making a measurable difference. In Concord, Massachusetts, researchers have noted the dates when 43 species of trees and shrubs open their leaves. They compared their results to those collected by Henry David Thoreau—he of Walden Pond fame—in the mid-1800s. The researchers found that leaves were emerging on average 18 days earlier now than they did 160 years ago, before humans began adding significant amounts of CO2 to the atmosphere. Okay, fine. So trees leaf out earlier. Big whoop, right?

And here’s another thing about that 2.7°F target. It’s a global average, with different areas experiencing more or less warming. The average temperature in Concord, Massachusetts, has already increased by 5.4°F since Thoreau’s time, far above the current global average temperature rise of about 1.26°F since the beginning of the industrial era. The outsized temperature increase in Concord is due to increased urbanization of the area, with its attendant building of roads and parking lots, clearing of forests, and increasing exhaust and particulate pollution, all of which raise local temperatures.

Cities around the world are experiencing faster-than-average rises, and more than half of the world’s people (56.2% in 2020) live in cities. One study found that heat already causes 5,600 excess deaths every year in U.S. counties with populations of more than 100,000 (together home to about 60% of the total U.S. population), a number that has been projected to more than double in the next 20 years. (The National Center for Science Education [NCSE] has an activity—incorporated in our forthcoming climate change lessons and titled Cool Cities—that helps students understand the heat island effect in urban areas and possible mitigation strategies.)

Temperature changes are not uniform, and neither are their impacts. Above-average increases in cities affect the health of billions of people around the world. Above-average increases in other parts of the world affect the entire global climate system and actually act as an accelerator of global warming. The map below shows temperature trends across the globe, with the darker colors representing greater rises in temperature. Notice where the biggest changes are: across the far north.

And what do we find in far northern latitudes? Snow, ice, and permafrost. And when the temperatures rise, all three melt. This creates a negative feedback loop: Melting ice and snow contribute to sea-level rise; open water and snow-free landscapes absorb more heat from the Sun; and thawing permafrost allows methane-generating microbes to “wake up” and start pumping out methane—a greenhouse gas 25 times more potent than carbon dioxide. And even more methane will be released from limestone newly exposed when ice and snow melt. The cascading impact of melting Arctic ice is one of the main reasons why keeping global average temperatures from rising above 1.5°C (again, 2.7°F) is such a big deal.

It’s bad enough that these changes will proceed gradually and inexorably as the climate warms. It’s worse that occasional (but more and more frequent) temperature spikes cause thawing, and the consequent release of methane, that cannot be reversed. In 2020, Siberia experienced a heat wave with temperatures more than 11°F above normal.

Scientists estimate that the Earth’s temperature has already risen by at least 1.9°F since 1880. We’re already seeing the consequences, and we know that with every additional 0.1°F change, these consequences will grow more severe. Obviously, the best response is to do everything possible to stop the warming as soon as possible. But the world is a complicated place, and convincing everyone to make the necessary changes takes time. It’s tempting for all of us to hope that if we just gradually reduce emissions, eventually we’ll get a handle on this whole climate change thing. Unfortunately, what the science is telling us is that we don’t have the luxury of taking it slow.

That’s why scientists worked so hard to determine a specific target for the world’s governments to aim for. Every small increase in temperature will melt a little more ice, cause a little more sea-level rise, and result in a few more heat-related deaths. But climate models, as a team of scientists recently explained,

alert us to the possibility that continued warming may cause rapid climate changes that cannot be easily reversed for centuries or longer. Examples of such changes include abrupt sea-level rise and slowing or even shutdown of a key part of the ocean’s system for circulating heat. While few studies suggest that these changes are imminent, models and “deep time” climate records both tell us that somewhere out there, beyond the 1.1°C of warming experienced to date, dangerous tipping points exist. We don’t know exactly where they are, just that further warming makes it more likely we will cross them.

Part of that last sentence is worth emphasizing: We don’t know exactly where the tipping points are. But the more the temperature rises, the more likely we are to encounter them. The scientific community has concluded that holding warming below 1.5°C/2.7°F offers the best chance to prevent irrevocable changes to the climate system.

There’s nothing magical about the 1.5°C/2.7°F limit. Everything won’t be okay if we can keep warming below that level (it’s already not okay!), and we won’t face an automatic apocalypse if temperatures rise by 1.6°C. But the faster we can cut emissions, and the sooner we reach a peak in temperatures followed by, hopefully, gradual cooling, the better for all of us, and for future generations.

Service Animals in the Science/STEM Laboratory