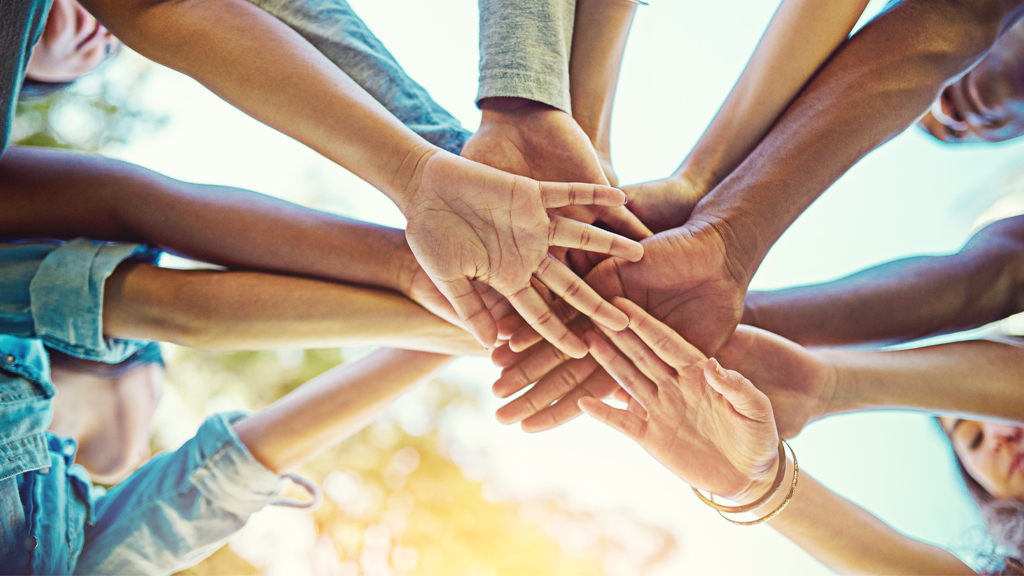 I was lucky enough to spend a year in Italy during graduate school. If you’ve ever been there, you know how good the food is. It seems to me that Italians simply take food far too seriously to serve a bad meal, even to a clueless foreigner. In addition to being proud of their food, I think it’s not too gross a generalization to say that some Italians can also be rather opinionated about food. If you’d like to be treated to a lively discussion, complete with enthusiastic hand gestures and creative cursing, just ask a group of Italian cooks how to make some iconic dish, like pesto.

I have no doubt that if you consulted 100 Italian cooks, you would be given 100 pesto recipes, each of which the cook would declare to be unquestionably the most authentic and delicious. All the other recipes? Pale imitations.

But here’s the thing. If you put those 100 cooks in a room and insisted that they create a consensus pesto recipe, they could do it. Yes, a great deal of compromise would be necessary, and no one would leave the room entirely satisfied. But a recipe including basil, garlic, pine nuts, cheese, and olive oil would emerge. The most vicious disagreement might be over the ratio of parmesan to pecorino cheese. It is possible that a scholarly footnote explaining that disagreement in great detail would have to be included. And the great mortar and pestle versus food processor controversy might require a full chapter. But a recipe capturing the culinary consensus on the essence of pesto would emerge. Maybe some green smoke smelling faintly of garlic would be released from the chimney.

What does pesto have to do with climate change? Well, if you were to ask 100 climate scientists exactly what we can expect to happen with the climate in the next century, you’d get 100 slightly different answers. But as with those pesto recipes, their answers would all agree on the basics of climate change: It’s real; it’s bad; it’s us; and there’s hope. Arguing that these conclusions are somehow debatable is as ridiculous as declaring that the consensus pesto recipe should include dill pickles. (Please don’t write in to tell me that you put dill pickles in your pesto. You do you, but neither I nor 60 million Italians need to know about it.)

Okay, I’m being a little facetious, but your students need to understand that there is a profound consensus about these four conclusions. And these conclusions are not in any serious scientific doubt. Your students, like all of us, are very likely to encounter people who claim—whether owing to misunderstanding or bad faith—that the science is unsettled. Your students might, for example, stumble across a website with a petition signed by a long list of supposed scientists who disagree that climate change is occurring, or hear a politician describe climate change as a hoax, or be subjected at a family event to a rant about the causative role of solar cycles from a relative, perhaps a cranky uncle. With your help, your students can be inoculated against such arguments. Check out our resources for ideas.

Let’s begin by discussing what consensus means in the world of science. A consensus emerges when multiple lines of evidence all point to similar conclusions. For example, evidence from the fossil record, comparative anatomy, and patterns of genetic similarities all support the conclusion that the diversity of life on Earth has arisen through evolution. Furthermore, there are no lines of evidence that are inconsistent with that conclusion. As a result, scientists have a deep and robust consensus about evolution.

A scientific consensus on climate change has emerged in the same way. The amount of carbon dioxide in the atmosphere has been measured over time, as have the temperature at the Earth’s surface and in different layers of the atmosphere and ocean. Changes in the size of ice sheets and glaciers, the acidity of the ocean, the level of the sea? Also measurable. These multiple, independent, and mutually reinforcing lines of evidence allow scientists to predict the behavior of other systems.

One of my favorite examples of how an emerging consensus can lead to exploration of new phenomena involves the work of Camille Parmesan and Gary Yohe. They offered a prediction: If the climate is warming, the geographic range of species should be shifting toward the poles or higher up in altitude. Furthermore, flowers should be blooming, trees leafing, and insects hatching earlier in the spring. In short, a whole series of biological indicators should be behaving consistently with all the physical indicators of climate change.

Parmesan and Yohe compared published reports (this kind of examination of multiple reports is called a “meta-analysis”) on more than 1,700 species and concluded that “recent biological trends match climate change predictions. Global meta-analyses documented significant range shifts averaging 6.1 km. per decade towards the poles (or metres per decade upward), and significant mean advancement of spring events by 2.3 days per decade.” Overall, Parmesan and Yohe were able to conclude, “This suite of analyses generates ‘very high confidence’ (as laid down by the IPCC [Intergovernmental Panel on Climate Change]) that climate change is already affecting living systems.”

Parmesan and Yohe’s seminal paper was published in 2003. Nearly 20 years ago, it presented convincing results about the biological impact of climate change that were in striking agreement with the results about climate change emerging from other areas of science. That’s just one independent line of evidence contributing to the robust consensus on climate change that scientists have accepted for many decades. Furthermore, as more and more lines of evidence reinforce the consensus conclusions, not a single line of evidence has emerged that contradicts it. There may be an anomalous finding occasionally, but that just tends to get scientists excited about trying to figure out whether the anomaly teaches them something new about how the system works. Only when substantial lines of evidence emerge that contradict the consensus—lines of evidence that most scientists accept—may a consensus come to falter.

Science doesn’t claim to provide “the truth.” It promises only to provide its best current explanations of how natural systems work, given what we know now. Therefore, no scientific consensus is necessarily permanent. But rejecting a consensus requires extraordinary evidence, and in the case of climate change, more and more evidence continues to emerge that supports the consensus. Multiple, independent, high-quality lines of evidence; predictive power; overwhelming agreement among scientists—combine these ingredients and you have the recipe for scientific consensus. (No mortar and pestle required!)