CSSS and the NGSS

The state departments of education can be mysterious places. While they may sometimes seem like they are nameless, faceless bureaucracies, their staff are living, breathing educators who engage in what is sometimes thankless work. The Council of State Science Supervisors (CSSS) is a professional organization composed of science education specialists who work at the education agencies of the various states and territories across the country.

CSSS holds meetings annually in conjunction with NSTA’s National Conference. I’ve represented NSTA at their meetings for a number of years. CSSS members are dedicated to improving students’ learning of science.

Since the publication of the Framework for K-12 Science Education, most states have updated their standards, and state standards are more similar than ever before. The map featured here shows which states have adopted the NGSS and which states have developed their own standards based on the Framework. The map is interactive so you can quickly access every state’s standards. More importantly, you can quickly access resources supporting implementation of standards based on the Framework. Since most states’ standards are fairly similar now, teachers can not only use the resources developed by their department of education, but also can often use resources developed in other states.

The fact that standards are more similar has also enabled CSSS members to collaborate more. They now have committees devoted to different topics, and in this issue of the Next Gen Navigator, members of three of their committees will discuss their work.

CSSS’s Supporting Elementary Science Committee Co-Chairs Amber McCulloch and Kathy Renfrew share their perspective on the importance of making time for science in the elementary grades and some strategies for making it happen.

Ellen Ebert, Erin Escher, and Michael Heinz, co-chairs of CSSS’s Instructional Resources committee, describe the challenges of selecting instructional materials in middle school and point out some resources that can help the process. 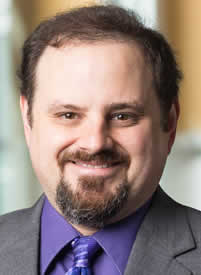 Ted Willard is Assistant Executive Director of Science Standards for the National Science Teaching Association (NSTA). In this role, he supports implementation of the Next Generation Science Standards (NGSS) and three-dimensional learning more broadly by creating resources such as web seminars, conference sessions, workshops, books, and journal articles. In addition, he edited The NSTA Quick-Reference Guide to the NGSS and oversees the content of the NGSS@NSTA Hub, a website that offers dynamic browsing and searching of the NGSS, tools to support curriculum planning and professional learning, and classroom resources focused on the standards.

Ensuring All Elementary Students Have Access to Science Learning

A solid foundation in science at the elementary level gives students a better grasp of science at the secondary level and beyond. CSSS’s Supporting Elementary Science Committee Co-Chairs Amber McCulloch and Kathy Renfrew discuss the importance of high-quality elementary science education for all students and share ideas to support effective science learning in the elementary grades. Read more.

Selecting and implementing instructional materials at the middle school level that support high-quality science learning for all students can be a daunting undertaking for teachers and schools. CSSS’s Instructional Resources Committee Co-Chairs Ellen Ebert, Erin Escher, and Michael Heinz share resources and provide suggestions on how to navigate this overwhelming process. Read more.

Juan-Carlos Aguilar, Anne Petersen, and Megan Schrauben discuss their efforts as members of the STEM+ Committee to determine current practices in STEM education throughout the United States and provide educators with instructional best practices to help them prepare students for higher education and the workforce. Read more.

Note: The Next Gen Navigator is a monthly e-newsletter from NSTA delivering information, insights, resources, and professional learning opportunities for science educators by science educators on the Next Generation Science Standards and three-dimensional instruction.  Click here to sign up to receive the Navigator every month.