The End of Something: Blick on Flicks Looks Back 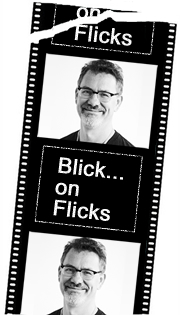 I began writing this column for NSTA in early 2008—which feels like both a long time ago and just the other day, entirely apart from the strange sense of time we have all had since March 2020. If your memory is like mine, you will need some reminders of what was happening in 2008:

My first published column, posted in February 2008, was about the sci-fi movie Jumper, a film I suspect not many folks remember. In the following year, though, I wrote about three of the top grossing movies in the list above. I addressed physics in Batman, Indiana Jones, and WALL-E, and looked at pressure in The Devil Wears Prada and scaling in Monsters vs. Aliens. When I review my collection of columns, I see a lot of physics, and that makes sense: I was a high school physics teacher, and my graduate work in science education focused on introductory physics. At the same time, I hope I've brought in enough chemistry and biology in movies like Outbreak, I Am Legend, Gattaca, and Kong: Skull Island.

I have also enjoyed taking some side trips into documentary films: Island of Lemurs: Madagascar; Dream Big; and Particle Fever. I believe these films make the humanity of scientists and engineers accessible to a broad audience, and I hope have inspired some young people to consider future STEM careers. At the very least, these films offer an antidote to the stereotypical movie scientist character, as we can see that many real scientists are women and people of color.

Many folks who write about physics and movies seem to take great joy in pointing out the errors. I have certainly done some of that in this column. But what I really like is using a scene to get someone to ponder a science concept:

Another important note: In my movie-watching, I've come to appreciate those moments when the filmmakers show a speedometer or a clock, as those provide some data points to use in making calculations.

In all my columns, my goal has been to help teachers and students see science and STEM in everyday life. I'd like students to think critically about the world when they are not in school. I hope the practice of applying that thinking to movies will help build that mental muscle. Too often, students and adults consider scientific thinking as something that is only useful in science class. Many public policy issues can benefit from a scientific perspective to inform decision making. Maybe practice in applying science to movies will help that become a habit for everyone.

The way we watch movies has changed dramatically since 2008, and shifted even more significantly since early 2020. Several major films have been released directly to streaming services, not shown in a movie theater at all. This situation has led to folks holding online “watch parties” in which groups can comment via text stream while watching the same movie. Netflix and Amazon have built-in applications, and other sites can be viewed via services like Metastream. This article has a nice collection of viewing options.

Learning management systems like Canvas have ways to share video with students, but may put restrictions on copyrighted materials. As a reminder, classroom use of short segments of movies is generally okay under fair use, but teachers have to own or rent the content. Posting a clip to your own course website is almost certainly not appropriate under fair use.

We may be able to return to watching movies together in movie theaters before too much longer. Here in mid-August, it looks like Unhinged, starring Russell Crowe, will be coming to brick-and-mortar theaters very soon. I will not be first in line; I'd like to see how things go for a while before I venture back into the multiplex. I do look forward to returning when it is safe.

I also look forward to seeing how movie watching continues to evolve in the future. Whatever the format, I will be on the lookout for fun science to talk about with my family, friends, and colleagues.

Be well, and I'll see you at the movies!

Jacob Clark Blickenstaff is a learning designer with AVID based in Seattle, Washington. He can be reached at jclarkblickenstaff@outlook.com.