Wind Erosion and the Dust Bowl 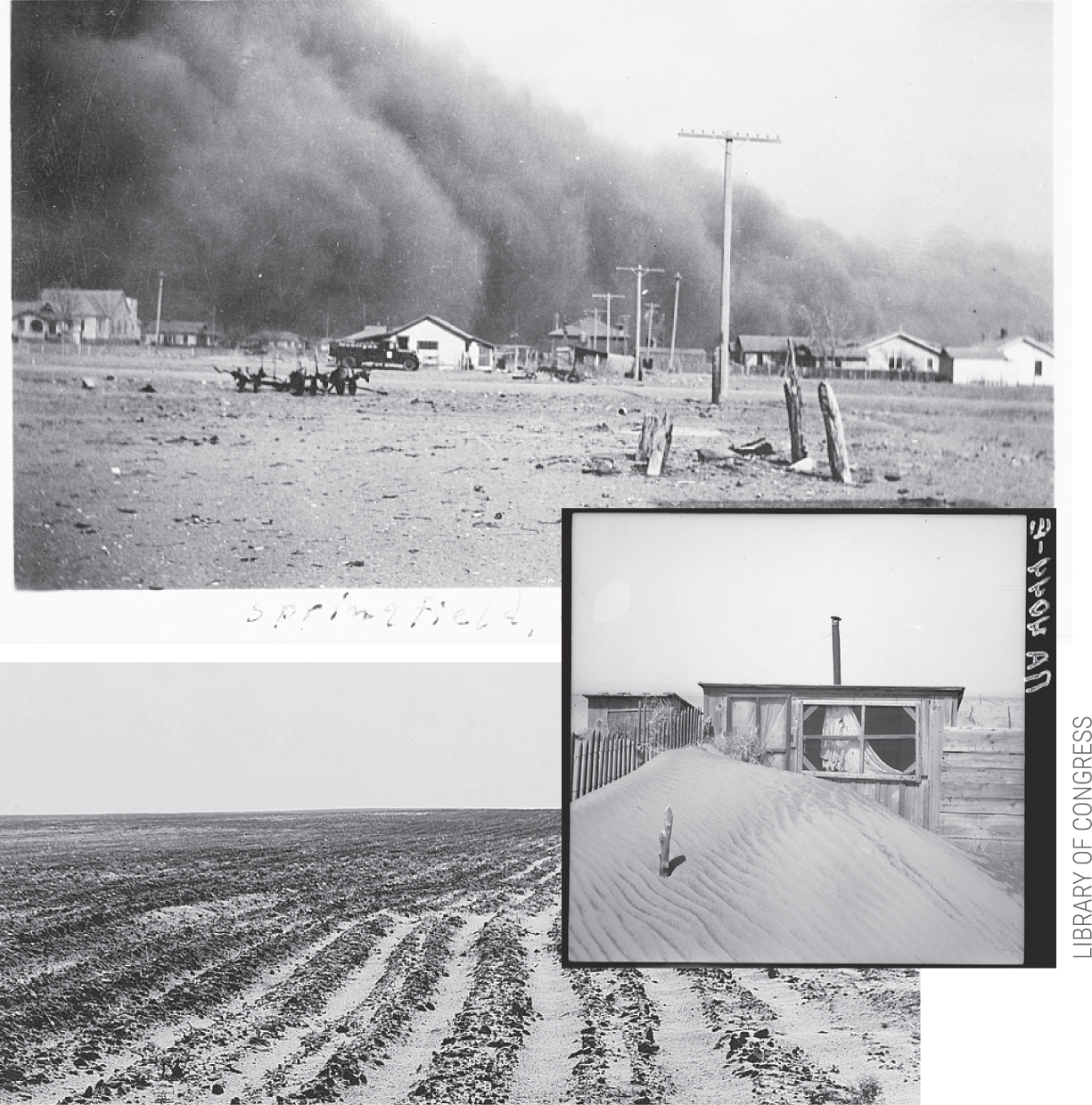 The Great Depression began with the crash of the stock market in 1929 and intensified with the devastating conditions of the Dust Bowl. Across the Great Plains—Texas, New Mexico, Colorado, Nebraska, Kansas, and Oklahoma—severe water shortages and harsh farming techniques sparked an environmental disaster, turning soil into dust and leaving unmanaged farmlands susceptible to wind erosion.

The entire region, and eventually the country, felt the effects of the dust storms. “Black Blizzards” barreled through towns producing clouds of dust, reducing visibility, and turning day into night. Dust loomed in the sky for days, often leaving residents with respiratory illnesses. The catastrophic conditions of the Dust Bowl drove residents to leave home and migrate to other states where environmental and economic conditions were better.

The Farm Security Administration (FSA) was a Depression-era agency of the federal government that provided support to poor rural farmers. The FSA supported a small photography unit that captured thousands of images of the Dust Bowl, including the three photographs featured in this article that were taken between 1936–38 in Oklahoma, Colorado, and Texas.

Share the three images with students and invite them to observe the effects of erosion. Challenge them to consider how the availability of natural resources changed the environment and influenced human activity. Encourage students to write their reasoning using justification from the photographs displayed.

The iconic images of the FSA collection may help students visualize and explain the inter-connectedness of nature, the environment, and human life. The lack of rainfall and poor farming techniques led to damaged crops and forgotten farmlands. This combination initiated dust storms via wind erosion, and ultimately forced farmers to pioneer new farming approaches. Lessons learned from the Dust Bowl forged new mindsets about farming and the importance of preserving natural lands to help generate a better and more sustainable environment.

Amara Alexander (aalexander@loc.gov) is the 2019–2020 Albert Einstein Distinguished Educator Fellow at the Library of Congress.