Sliding and Colliding Into Physics

Examining force and motion with kindergarteners 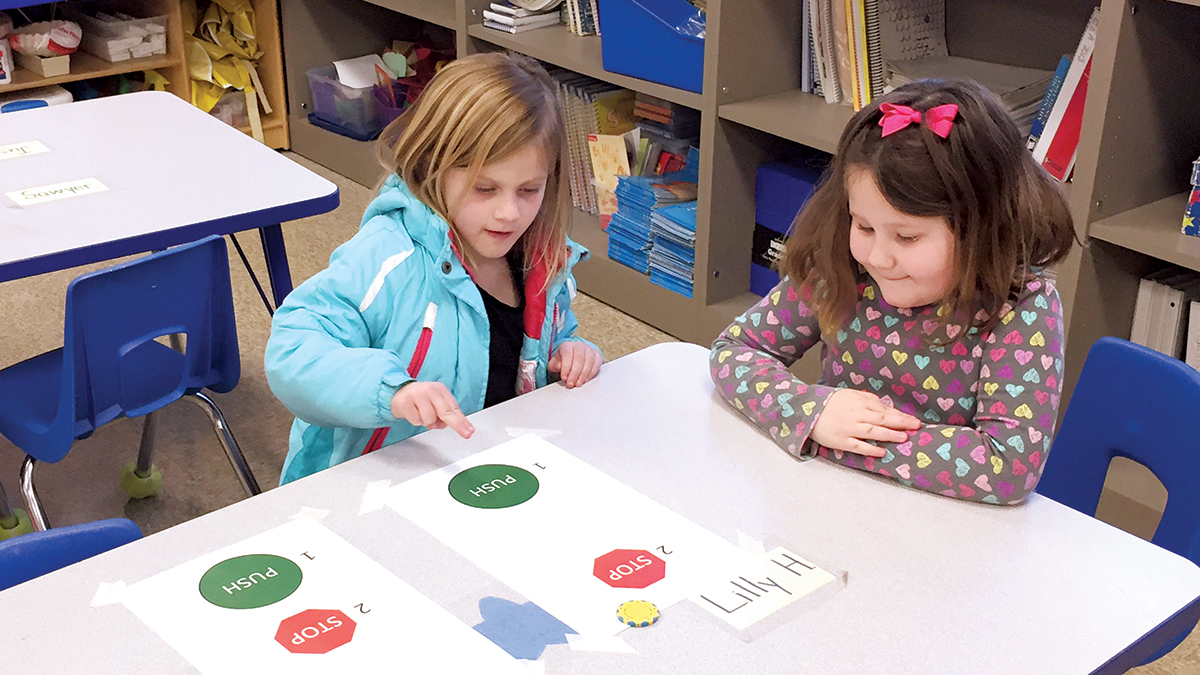 Lottero-Perdue, P.S., C. Sandifer, and K. Grabia. 2017. “Oh No! Henrietta got out! Kindergarteners investigate forces and use engineering to corral an unpredictable robot.” Science and Children 55 (4): 46–53.

Flynn, L.A. 2008. In praise of performance-based assessments: A teacher’s outlook on testing is changed after students are assessed through hands-on tasks. Science and Children 45 (8): 32–35.

Waring, G. 2009. Oscar and the cricket: A book about moving and rolling. London: Candlewick.