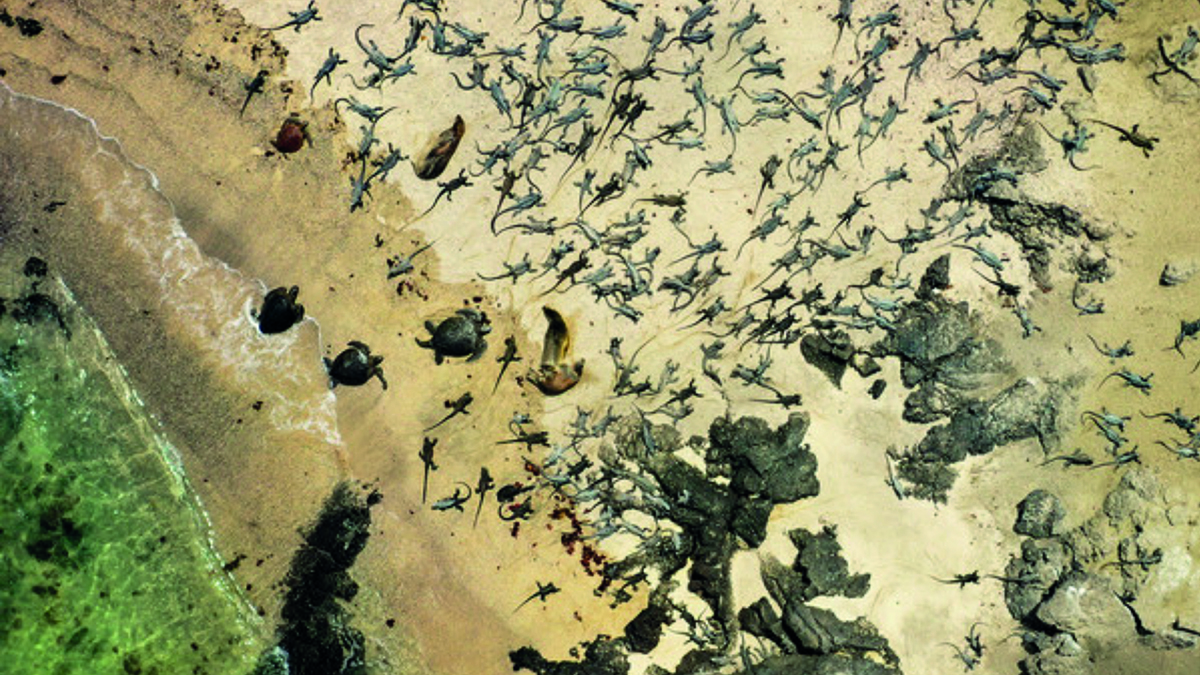 FIGURE 1: Marine iguanas (and other animals, including sea turtles) as seen from an aerial drone image.

Marine iguanas (Amblyrhynchus cristaus) are indigenous to the Galápagos Islands, a group of islands in the Pacific Ocean formed by volcanoes. They are the world’s only iguanas that venture into the ocean (where they feed on algae). The iguanas have amazing adaptations including a tail to help them swim and specialized glands that help to excrete salt, which keeps them from getting dehydrated. In fact, marine iguanas can even “sneeze” salt through a nasal gland while they are underwater looking for algae!

The iguanas evolved to survive in a remote geographic area with limited natural predators. Today, human impacts are taking a toll on the native iguana populations. Impacts include (1) predation from invasive species (such as feral cats and dogs originally brought to the islands by humans), (2) pollution (such as ocean plastics and oil spills), (3) habitat encroachment from urban development, and (4) tourism. These impacts serve as key challenges to future long-term survivability of marine iguana populations. In addition to these major challenges, a changing climate is also impacting the marine iguanas. As ocean temperatures rise, there are impacts to the marine algae that the iguanas depend on for food. When the algae are disrupted (such as a reduction in available, edible algae), impacts throughout the ecosystem are felt, including impacts to the marine iguana population.

Much is still unknown about the marine iguana and its remote habitat, and that’s where students can help. Iguanas from Above is a citizen science project designed to answer questions about marine iguanas, their population, and their habitat. Iguanas from Above was created by and is led by Dr. Amy MacLeod, a global expert on iguanas, who also serves as a member of the IUCN Iguana Specialist Group. The project will help to determine the current population size of marine iguanas and their locations within the archipelagos (group of islands that make up the Galápagos islands).

Iguanas from Above combines citizen science and technology to support public conservation engagement in the digital age. The project collects images and video of marine iguana habitat and populations using aerial drones and uploads the visuals to a platform where students can help analyze the images. You are invited to get involved in this exciting work to learn more about the amazing marine iguanas of the Galápagos!

Your task: Identify and count marine iguanas from drone images

When you participate in Iguanas from Above, you will help count and identify marine iguanas in the Galápagos. The project is available entirely online and can be done from any location. Your efforts will help to generate reliable estimates of the population and lead to improved conservation and management plans for the marine iguanas.

The project provides helpful resources including an online tutorial, field guide, and video (see “Helpful Project Links”). When in the online platform, students will explore aerial images and will be prompted to classify what they see through a series of guided questions including:

1. Are marine iguanas present or absent in the image?

2. How many marine iguanas are in the image?

3. Do the marine iguanas in the image appear to be adult males or breeding groups?

4. What is the number of other (nonmarine iguanas, such as bird or mammals) species that you also see in the image?

5. How many objects (such as plastic bottle pollution) do you see in the image?

Materials you will need:

Students will be involved in cutting-edge research on marine iguanas and their habitat while engaged in Iguanas from Above. Additionally, the project is exploring the use of machine learning to assist in the analysis of data from the aerial drone images. If your students are interested in further technology connections, the project welcomes interested volunteers to reach out about opportunities for participation. In this extension of the current project, volunteers will assist in the process where iguana shapes will be outlined in order to train computers to quickly identify the animals from images.

Be a part of this exciting work to study and save a species, while also helping to pioneer new methods of surveying animal populations using technology and citizen science!

Iguanas from Above at a glance

How: Visit the project link and start classifying

Time needed: Variable, as much time as needed

Safety: As with any science lab, classroom, or field activity, always ensure that you are following recommended safety practices; for more information on safety in the science classroom, visit www.nsta.org/safety.

Jill Nugent (jillfnugent@gmail.com) teaches science online, engages educators in citizen science experiences for the classroom, schoolyard, and beyond, and serves on the SciStarter Team. Follow SciStarter on Twitter: @SciStarter.

This column is the result of a partnership between SciStarter and the National Science Teaching Association. For more information about SciStarter and other citizen science projects, please visit www.scistarter.org.