Building Critical Thinkers by Showing the Societal Impact of Inventions 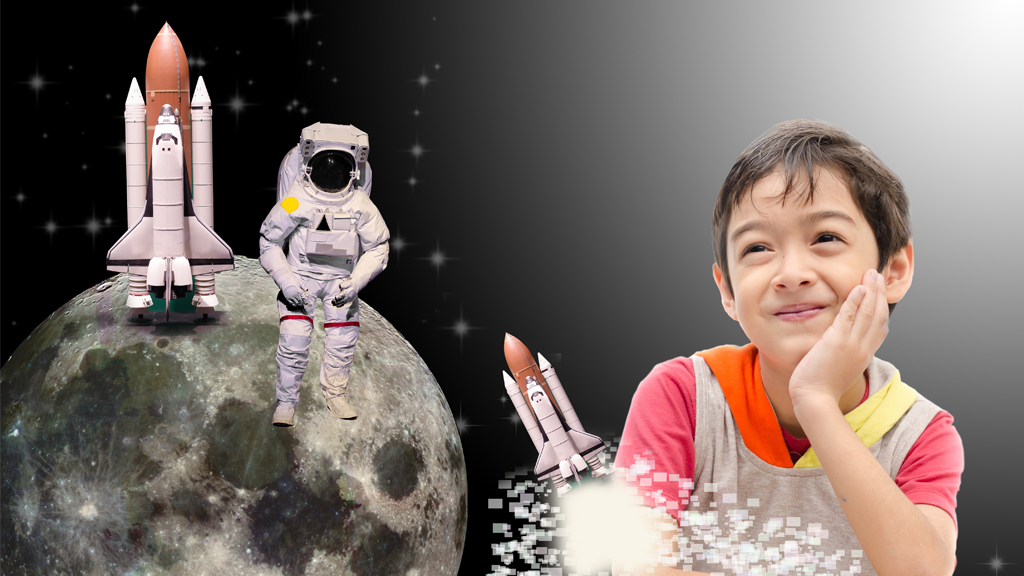 The technologies that surround us today were formerly futuristic dreams, like those once presented in the 1960's television series Star Trek. Humanity has been ushered into a brave new world, gaining some things, yet surrendering others along the way. Those who have witnessed this rapid shift firsthand have had the perspective to reflect on them as years pass. But many of our young students do not; and there is no mechanism in their training to consider these changes, to think about them critically, or even to address them.

As recent headlines about AI have uncovered, technology needs guidance from humans in order to build an equitable future. Yet STEM education is often limited in exercising these skills. Luckily for all of us, history can help. History can provide a bird’s eye view of society, allowing students to see that we shape inventions and that these inventions also shape us. When history is combined with STEM, students learn about optical reflection and mechanical force, but also have the opportunity to reflect on how science is a force of culture. Students will see that STEM is part of a larger web.

I came to embrace looking at science and technology through the lens of history during my years as a teacher. A decade ago, I was a mechanical engineering professor who was assigned to teach liberal arts majors their science requirement, which they deferred until their final year. Given their reluctance to learn science, I took on a different teaching goal. Instead of building future engineers, my mission was to nurture informed and engaged citizens. While creating my course, I hunted for books and resources that would help foster this perspective of science’s role in culture. But despite my best efforts, I could not find anything. Eventually, I wrote the book The Alchemy of Us, which illustrates the societal impact of inventions.

While writing this book, my approach to thinking about technology—as well as my lectures—shifted. In the past, for example, I would explain electricity and describe the workings of a light bulb. I would discuss how inventors applied their knowledge of materials and electrical properties to make a filament wire glow incandescently to provide illumination.

With my new perspective, however, I also shared how this simple device had outcomes that were unintended. I would highlight how modern versions of light bulbs do more than provide light. They influence human health. Research has revealed that humans have two modes: a daytime mode and a nighttime mode. Our bodies switch to daytime mode when the eye detects blue light. In this daytime mode, our bodies secrete growth hormones, and here lies our modern dilemma. Artificial light produced by LEDs, compact fluorescent bulbs, and our computer screens produce lots of blue light, putting our bodies in this daytime mode, and causing our cells to be stimulated with growth hormones all day and most of the night. This has health ramifications. Researchers have found a link between this blue light and a range of ailments; they have now recommended that we change the types of light around us. We should be exposed to blue light from morning to dusk, and a redder light at night. These scientists have displayed that the simple light bulb is really not so simple.

When I include these additional details about the modern implications of artificial light within my STEM lessons, students learn the key scientific principles at play, but also comprehend that the technologies we make have a hand in fashioning us. With this new approach, I teach the science as well as the societal implications with the intention of exercising my students’ ability to see the world differently, and to think more critically.

Imagine if we demonstrated how STEM was a cultural force. Imagine how students would look at life, technology, and the world if we did.

As educators, our role is not only to impart new information, but also to illuminate new perspectives. STEM in a historical context will make a deep impression on our students. With it, we give children a new lens to see the world, which will prepare them for what’s ahead. Students will learn to critique future inventions so that they can make sure they benefit society best. In our world today, there are numerous technologies that are coming toward us rapidly, and often without being examined or monitored. If students can see how old technologies have altered the world, they will be able to scrutinize new advances with a critical eye, making sure they serve society well.

We, as educators, are entering a new phase of our vocation. The creation of STEM was a huge milestone in the evolution of science education, as it combined topics. The next step of this evolution is to show how STEM is part of society at large.

Ainissa Ramirez, Ph.D., is a materials scientist, keynote speaker, and science writer. She is the author of The Alchemy of Us: How Humans and Matter Transformed One Another (from the MIT Press). Find her at www.ainissaramirez.com or @ainissaramirez on Twitter. She also hosts the podcast Science Underground.

COMING IN APRIL 2021; NOW AVAILABLE FOR PREORDER Maybe you have a good grasp of disciplinary core ideas and science and engineering practices—cri...

COMING IN APRIL 2021; NOW AVAILABLE FOR PREORDER &nbsp; Instructional Sequence Matters, Grades 9–12 is the one-stop resource that will inspire...

COMING IN APRIL 2021; NOW AVAILABLE FOR PREORDER Instructional Sequence Matters, Grades 9–12 is the one-stop resource that will inspire you to re...