A transformative moment in my teaching career happened five summers ago, when as a participant in the Next Generation Science Exemplar (NGSX) professional development program, I realized what science teaching and learning rooted in collaborative, equitable efforts to explain phenomena could be. If science refers to human activities that seek to explain the natural and designed worlds using empiricism, argument, and consensus building, centering science class in the noticing, wondering, and figuring out of phenomena makes for authentic science in school. Since that summer, many of my high school students have told me how this kind of learning reversed their previous sense of alienation from school-based science and boosted their identities as doers and users of science.

Last spring, before the school closures and after my students had constructed  explanations connecting greenhouse gas emissions from the burning of fossil fuels to catastrophic flooding in the American Midwest, a relatively straightforward presentation introduced a new phenomenon that would anchor our next unit, under development by the inquiryHub research-practice partnership and currently titled Why Do Cars Run on Gasoline and Not Rocket Fuel? We watched a video that visualized (and dramatized) carbon dioxide emissions from cars, trucks, and buses over time. We chatted briefly about the video, then accessed and discussed data showing that transportation recently became the most greenhouse gas–emitting sector of the U.S. economy and that in our metropolitan area, per capita emissions from transportation had increased 43% over 30 years. Together, students considered the implications of this in light of their knowledge of climate change, motor vehicles, and our region.

Students began to formulate questions around the causes of this failure to curb our emissions from transportation. We discussed many students’ ongoing experiences with learning to drive, as well as broader issues of mobility inequity in our community. For example, our school is located two miles south of the last stop on the ‘L’ train in Chicago, and the community in which our school is located lacks easy and affordable access to the jobs-rich downtown district and misses out on the kind of investment and commercial density seen around ‘L’ stations elsewhere in the city. This means more people have to drive or spend long hours on buses to get to school, work, or other essential locations.

Coincidentally, in their civics class, many of my students had recently studied a proposal to extend the ‘L’ train to our neighborhood, and mentioned this during our discussions. Students were asked to talk with family members about how they made decisions about transportation and what aspects of our transportation system they prioritized. By doing this, students could grasp the complexity of the problems we had identified together and the many ways that the present and future of transportation mattered to them.

Reflecting together on the transportation problem, my students classified their many questions and concerns around transportation. Recalling the dramatic visualizations of carbon emissions and data demonstrating that our local emissions from transportation were rising, the students agreed to focus their efforts on figuring out why our transportation-related emissions have been rising so much when greenhouse gas emissions have long been known to be the cause of contemporary climate change. The class then pursued ideas about electric vehicles as a low carbon alternative to gasoline-powered cars. While many students saw lots of promise in electric vehicles, we also determined that with a fossil fuel–reliant electric power grid like ours in the Midwest, driving electric vehicles still causes greenhouse gas emissions (though fewer than gasoline-powered cars).

Some students expressed interest in using something other than gasoline as a fuel to power an engine. We decided to do some research around different fuels (biodiesels, natural gas, and others), looking particularly at the carbon dioxide emissions associated with each fuel.

We discovered one fuel—hydrogen—that seemed to provide lots of power (it even powered some rockets), but released no carbon dioxide. Could this be a solution for our transportation emission problems? If so, why don’t we hear more about it?

We recorded and shared our ideas about the differences among these fuels, considered what new questions we had, and started investigating. During the next several weeks, while figuring out if and how hydrogen could be used as a fuel to power our transportation system, the students investigated other phenomena, including the simple devices that convert heat into work, four-stroke engines (via high-speed video), ethanol combustion, magnetic models of chemical bonds, a highly endothermic chemical reaction, and more. They brought their experiences and ideas to bear on each of these phenomena while using science practices to develop fundamental and transferable ideas and models around energy, matter, and chemical reactions.

As in the example above, when students are tasked with wondering about and figuring out a compelling phenomenon together, they are encouraged to bring their own experiences, expertise, questions, and ideas to the table. Instead of shutting down student interest or science identity by insisting only on the “right way” to say or do something (according to textbooks or tradition), a phenomena-driven teacher strives to carefully listen to student wondering, argument, and explanation and helps students bridge these activities with the more formalized practices of contemporary science. Rather than telling students what to know or do when exploring topics like mass and energy in chemical reactions, phenomena-driven teaching provides students with the conditions and resources to ask questions that are compelling to them and their communities. Teachers guide students in answering those questions while developing science ideas and practices.

For example, later in the same unit, students develop tools for energy accounting and explanations for energy transformations because they need these representations to figure out how engines work, and they learn how to perform stoichiometric calculations because their models of combustion could not otherwise explain the differences between hydrogen and gasoline as fuels. Note that these are the same science ideas that we expect students to develop in a traditional high school chemistry class, but here students are supported in developing those ideas through making sense of a globally important phenomenon that matters to them. This kind of deep, purposeful science learning will not work for all students if they are not given extended opportunities to share their own thinking in ways that reflect their own interests and experiences. This more expansive view of what kind of activities and language “count” in science class helps to decenter systems that have traditionally worked to exclude many students from fully engaging with science while also making science class more rooted in the actual practices of science.

This summer, as I’ve reflected on why phenomena have been and continue to be so central to achieving a vision of science for all, I’ve also recognized the challenges and opportunities of translating this kind of learning to distance and virtual settings. At the same time, I’ve been expanding my own understanding of what student engagement with phenomena can become. During remote learning this spring, I encouraged students to work with their siblings, parents, or others on “choice learning” assignments that broadened the range of phenomena they could explore for science class, and how they could explore these phenomena. Having spent the school year prior to closure collaboratively figuring out phenomena, students were ready for this more independent work.

Our virtual end-of-year showcase was decidedly not a science fair, and I’m sure we missed several of the science ideas on the syllabus. Our virtual showcase included germination experiments done with preschooler siblings, a virtual tour of a garden describing traditional Mexican culinary and medicinal uses and plant names relayed on behalf of an immigrant grandmother, systematic observations of raccoons and reflections on animal behavior, a photo essay of the interface between the natural and industrial, and—building from our work earlier in the semester—proposals to decarbonize transportation. This open-ended phenomena exploration was an imperfect experiment, and I’m not sure what kind of paper-based test might prove what the students had learned, but it felt like a triumph of meaningful connections made between teenagers and science. What more could I ask for during these unusual times or otherwise?

Phenomena-driven science classrooms can provide students access to real science and inclusive learning. For many students, they can also open up the world outside of the classroom. 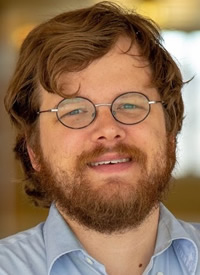 Will Reed is a high school STEM teacher at Gwendolyn Brooks College Preparatory Academy in Chicago, Illinois. He has contributed to curriculum development for organizations such as nexgenstorylines.org, inquiryHub, and OpenSciEd. He has taught math, sciences, and engineering at various levels from fifth grade to college, and has experience facilitating science teacher professional development for preK–12 teachers for Chicago Public Schools, the Illinois State Board of Education, and NSTA. As a Fulbright Distinguished Teacher, Reed spent the first half of 2019 living in the Netherlands, learning from Dutch STEM educators and their students. He believes that all students deserve access to joyous, justice-centered science education and that professional communities of science educators are key to making this possible.