Why Do Some Cities Currently Have Dust Storms and Others Do Not? 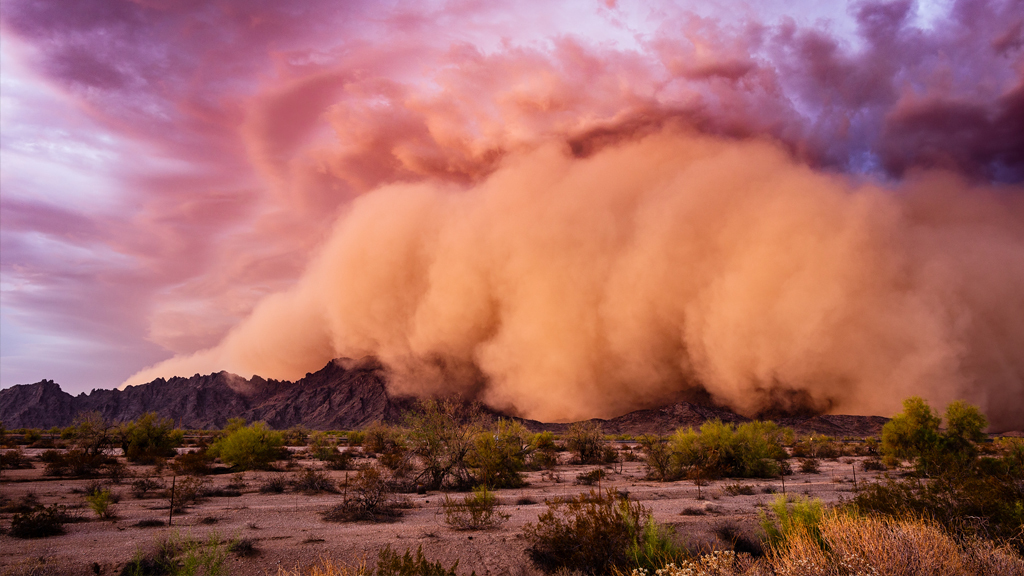 Middle school students, as scientists, investigate wind and vegetation data to answer this driving question: Why do some cities currently have dust storms and others do not? Students are introduced to two cities: one that currently has dust storms and another that doesn't. Students analyze wind map data to investigate the presence or absence of dust storms in the two cities. Noting that the two cities have similar mean wind speeds, students consider why wind data alone is not sufficient to develop a model that predicts dust storms. Next, students use photos of vegetation in the two cities and information from the Our Beautiful Planet: Dust Rising film to construct an explanation of why one city currently has dust storms, and the other doesn't. Finally, students propose ways communities could use dust storm models to keep people safe, and consider how climate change could affect where dust storms happen in the future.

We recommend using this lesson after or near the end of a unit about natural hazards. Students should have an understanding of the following ideas:

Tell students that they will investigate a specific type of natural hazard today: dust storms. Dust storms are currently difficult to predict. To develop models to make predictions about dust storms, scientists are investigating areas that have frequent dust storms.

Tell students that they will evaluate information about two cities in the United States: one that had frequent dust storms in 2021 (El Centro, California) and one that did not (Birmingham, Alabama).

Direct students to page one of the Dust Storms Student Reference Sheet.

Ask students to do the following:

After students work independently for a few minutes, ask them to discuss the similarities, differences, and questions they discovered with a partner.

Once pairs have had time to discuss their ideas and questions, lead an initial ideas class discussion. Create a class record of the information shared on a poster, slide, or board.

Teacher Note—Connecting to Students' Background Knowledge and Prior Experiences

If time allows, consider starting the discussion by making connections to their prior experiences:

Tell students that to begin to answer the question of why dust storms currently happen in El Centro, but not in Birmingham, they will need to start with two other questions raised. The first is What is a dust storm?

S= Discuss with a partner their ideas about dust storms.

T= Circulate and listen for students who are listing lots of dust in the air and fast wind speeds as probable components of a dust storm.

Ask for a few volunteers to share their ideas. Point out that several students listed wind as part of a dust storm.

Inform students that now they will be looking at wind speed data in the United States. This map could provide information that will answer another question raised: What are other differences between the two cities?

Direct students to Page 2 of the Dust Storms Student Reference Sheet and provide a brief overview of the maps.

Ask students to consider the following prompts with a partner.

S = Analyze the maps, note if the mean wind speeds for El Centro and Birmingham are similar or different, and make connections to dust storms.

Ask students to consider what questions they still have after looking at the wind map data. Give students time to think alone and discuss questions with a partner. Listen for students who are asking about other differences between El Centro and Birmingham or who want additional information about the two cities. Ask these students to share their questions with the class.

Acknowledge that several students asked for additional information about the two cities. Tell students that they will now analyze photographs that show each city’s vegetation (plant life).

Ask students to discuss the following questions with a partner. Students should use the maps as well as the photographs of vegetation in El Centro and Birmingham to help answer the questions.

Ask for students to share their responses to the questions. Ensure that the following points emerge.

Tell students that they are now going to watch a film that discusses how scientists are developing a model to predict when and where dust storms will happen. The scientists are working in a desert near El Centro. Project the Our Beautiful Planet: Dust Rising film and play the entire video.

Facilitate a whole-class Consensus Discussion. Help students consider alternate explanations and develop a common explanation. You might use the questions below to help facilitate the discussion.

Expected Student Responses—Answers will vary, but students should point out that the film confirms the differences between the two cities they noticed in the photos. Birmingham has a lot of trees and grass, and El Centro has fewer plants and more loose soil and dust.

Expected Student Response—Regarding dust and mid to high wind speeds, El Centro has both ingredients, but Birmingham only has the wind speed component.

Tell students to use the information from the discussion, film, and Dust Storms Student Reference Sheet to write an explanation of why El Centro currently has dust storms and Birmingham does not.

Expected Student Response—For a dust storm to happen, you need wind and dust. Both El Centro and Birmingham have wind speeds between 4–6 meters per second. Only El Centro currently has a lot of dust because there isn’t a lot of grass or trees, and there is a lake that is evaporating nearby. Birmingham has trees and grass that keep more of the soil in place. So only El Centro has dust storms right now.

In the film and the lesson, dust and wind are noted as the key ingredients for a dust storm. Additional factors can affect the likelihood of a dust storm happening in a region, such as the geography of the region. Some students might note that El Centro seems flatter than Birmingham. For more information, consult NOAA SciJinks: What Is a Dust Storm?

Facilitate an Initial Ideas Discussion about the reflection question.

Expected Student Response—Answers will vary; ideas presented could include the following:

Facilitate an Initial Ideas Discussion about the reflection question.

Expected Student Response—Answers will vary; ideas presented could include the following:

Teacher Note—Formative Assessment Opportunity
Consider asking students to look at the Wind Map data again and make predictions about five other states that currently might have dust storms.

After time to consider the question alone, with a partner, and in class discussion, let students know that according to the National Weather Service, dust storms are most common in the Southwest region of the United States. States with frequent dust storms include Texas, New Mexico, Arizona, Nevada, California, Utah, Oklahoma, and Colorado.

Ask students to look at the wind map again and note any patterns they observe when looking at the states that commonly have dust storms.

Ask students to think about what else these states might have in common if they currently have dust storms.

Expected Student Response—Answers will vary, but students should note that each of these states might have areas that are similar to El Centro in terms of vegetation and availability of dry soil and dust. 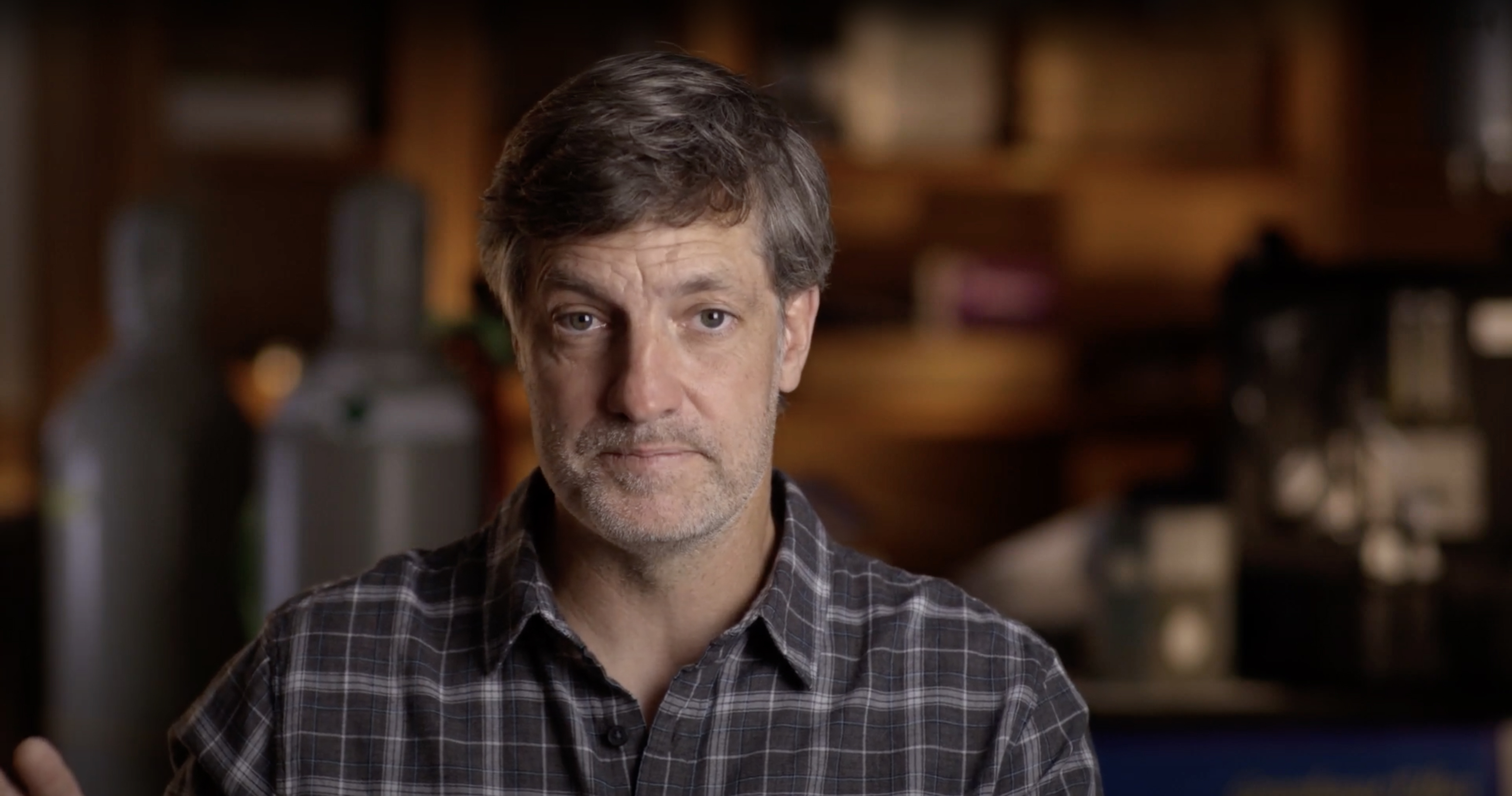 Amato Evan is a professor in the Climate, Atmospheric Sciences, and Physical Oceanography Division of the Scripps Institution of Oceanography. Over the course of his professional career, he has published more than 50 academic papers and technical reports, taught several courses at the graduate and undergraduate level, secured more than $1,000,000 in extramural support, and collaborated with more than 50 scientists from North America, South America, Europe, Africa, and Asia. Evan’s work has been reported on by major news organizations around the globe, and he has conducted more than 50 interviews with print, radio, and television media outlets. Besides his work in academia, Evan has also served as a consultant to the private sector, including in reinsurance, risk management, and finance.

This lesson is based on information provided in Our Beautiful Planet: Dust Rising. Our Beautiful Planet is a fascinating new series highlighting the work that climate scientists around the country are doing to solve some of the world’s most pressing issues. These dedicated scientists are seeking to better understand and plan for the realities of our changing climate. Using cutting- edge technology and innovative problem solving, their answers are sometimes found in rather surprising and unexpected places. This series transports the viewer to some of the most important field work being done today, taking the science out of the classroom and into the world. These compelling stories will not only teach viewers crucial scientific principles, but also will inspire them to use science to examine the issues their own communities face in this changing world and climate. Through these films, the producers hope scientists and citizens alike can come together to safeguard our environment and to protect our beautiful planet. Productions by Kikim Media. Support provided by Kennebunkport Climate Initiative.

NSTA has created a How Can Scientists Develop a Model to Predict When and Where a Dust Storm Will Happen? collection of resources to support teachers and families using this task. If you're an NSTA member, you can add this collection to your library.