How Can We Stay Safe When Lightning Strikes? 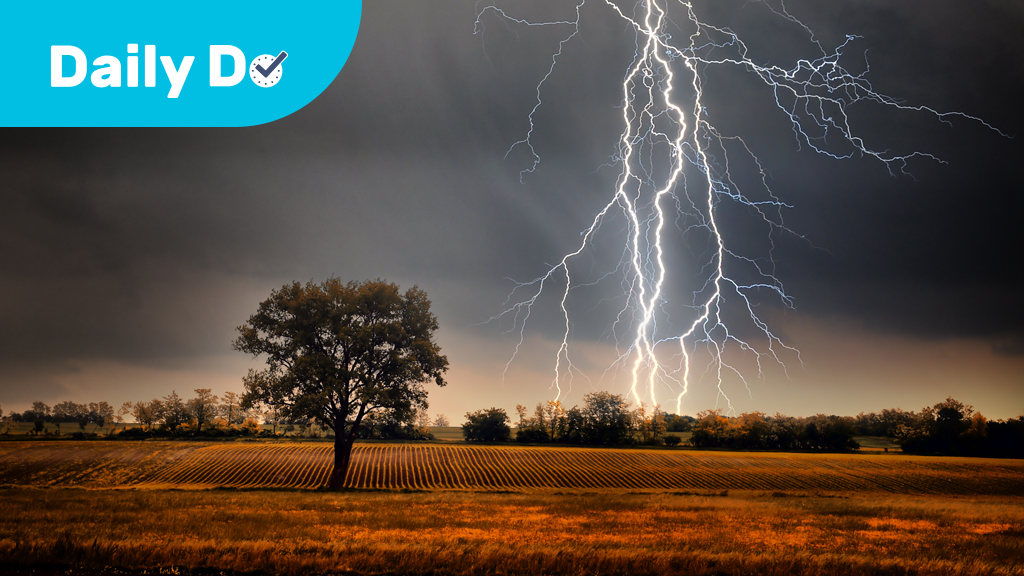 Is Lesson Plan
Welcome to NSTA's Daily Do

Lightning is both beautiful and dangerous. Many people are unaware that lightning kills more people in the United States than hurricanes or tornadoes. 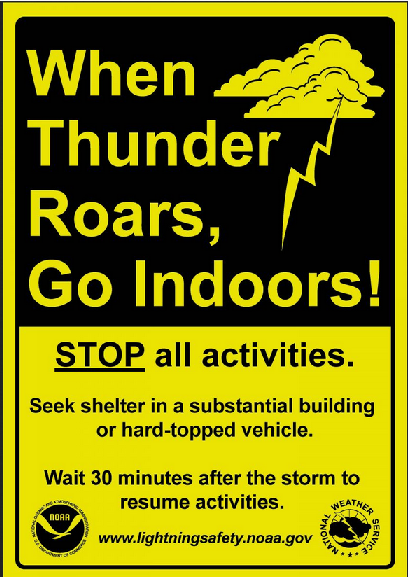 Ask students to work in pairs to identify patterns in the data represented on the map and record them. Then, ask students to share the patterns they observed with the class. Students might say,

Ask students, "How might we explain why California has a high number of lightning fatalities when the amount the lightning that occurs is so low?" Give students time to independently think and record ideas. Assign students to groups to share their ideas with each other. Listen for groups to share ideas about the type of jobs or the type of activities people were doing when they were struck by lightning. When you ask groups to share their ideas with the class, make sure to call on the students who shared ideas about the relationship between types jobs and/or activities and danger of being struck by lightning.

Tell students you have more lightning data to share with them that may help answer the question. Share the Who's at the greatest risk from lightning video from The Weather Channel. Stop the video at the times below to allow students to observe data and to add to or change their ideas about why California has a high number of lightning fatalities:

Students might wonder what types of activities are popular in California. Tell them California is known for recreation including hiking, camping, fishing, swimming and golfing. You might share maps of California showing the locations of parks, forests, and recreation areas. (For example, you can click on different regions and reveal the number and location of parks, forests and recreational areas to give students an idea of the sheer number of places people can hike, camp, fish, swim, etc.)

Ask students to return to their small groups. Remind students of the question they are trying to answer, "Why does California have a high number of lightning fatalities when the amount the lightning that occurs is so low?" Ask students to share their original or revised ideas and support them using  evidence from data (which is represented in the maps, bar graphs, and pie charts they've analyzed).

Tell students you have one more video to share (In recent years, camping has been responsible for the most lightning deaths in California). Does this match the claim you and/or your group made?

Ask students, "What do you think the newscasters meant by Californians being at higher risk because they aren't 'thinking about' lightning?" Students will likely say that since lightning doesn't strike very often, people don't worry about and/or they don't know what to do to be safe. Share Lightning Safety for You and Your Family with students. Encourage students to read about lightning safety with their families.

NSTA has created a How can we stay safe when lightning strikes? collection of resources to support teachers and families using this task. If you're an NSTA member, you can add this collection to your library by clicking ADD TO MY LIBRARY located near the top of the page (at right in the blue box).

Why is Our Sun So Big and Bright?

How Does Some Corn Pop?

While research has demonstrated the links between active learning and student success, lecture remains a dominant instructional method within introd...

This study explores the pathways to K–12 Science, Technology, Engineering and Mathematics instruction among Black/African American males in the Di...