What Do Cardboard Boxes Have to Do With Carbon Emissions? 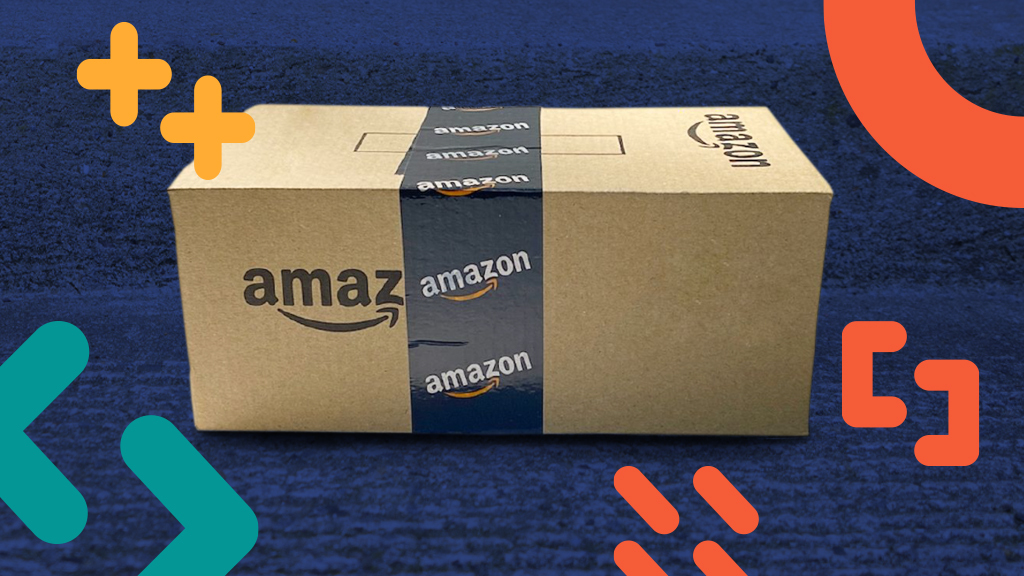 In today's Daily Do, What do cardboard boxes have to do with carbon emissions?, students engage in science and engineering practices and use cause-and-effect thinking to make sense of human impact on the environment. This Daily Do explores how the choices we make directly and indirectly impact the health of the environment.

View the What do cardboard boxes have to do with carbon emissions? NGSS table to see the elements of the three dimensions targeted in this lesson.

What Phenomenon Am I Exploring Today? (Introduce Phenomenon)

Tell students that as you were shopping online for classroom items, the video (linked below) appeared and got you thinking about how our behavior affects the environment. Tell the students you are going to play the video and as they watch, they should write down any information they find interesting, along with any questions they have. Play the video Less Packaging, More Smiles.

After the video, allow students time to formulate their thoughts and questions. You may want to play the video a second time. Next, assign students to small groups and have them share their questions and comments. Tell students they will need to choose 2–3 questions per group to share with the class.

As you engage them in a whole-group discussion to share their questions, record their questions in a shared classroom or virtual space. Common questions may include the following:

Prompt students to carefully review the questions by asking, "What do all these questions have in common?" Listen for students to share ideas about the questions being related to changing our actions to decrease pollution and being "better to the planet." Acknowledge agreement with students that Amazon is researching ways they can help reduce their impact on the Earth.

Now focus student attention on their questions about net zero carbon. Say to students, "Many of you had questions about the statement in the video about Amazon achieving net zero carbon by 2040. What do you think this means?" Have students share their ideas, and develop the discussion around the idea that "zero" means '"zero." It means that whatever amount of carbon emissions Amazon puts into the environment (system), they also remove that many. Also explain that when we use terms like net zero carbon, carbon emissions, carbon neutral, and many times, pollution, we are really referring to carbon dioxide. Carbon is an element, one of the most abundant on the planet. Carbon can mix with other elements, like oxygen, to form molecules including carbon dioxide, a greenhouse gas.

Now that students have started thinking about carbon and where it is found, ask students, "Have you ever thought about how your personal behavior and habits contribute to carbon emissions?"

Additional Guidance. At this point, students should only be discussing and sharing ideas and not trying to figure out the answers to their questions. Some common misconceptions and partial understandings that may surface through student discussion include these:

It is important not to try to correct these misconceptions at this point in the lesson. The lesson is designed to allow students to figure out the important science ideas over time through the use of science and engineering practices, which gives them opportunities to change their thinking based on new evidence.

To figure out how their behaviors add carbon emissions to the atmosphere, have students engage in figuring out their carbon footprint. Many carbon footprint calculators are available, including these:

Now that students have calculated their carbon footprint, what does it mean? Before engaging in a whole-group discussion, have students talk about their results in small groups. This will give students the opportunity to share their results, as well as gather information from their classmates. As you listen to small-group discussions, note that many students will know that driving cars that use gas emit carbon dioxide, but have no idea about how the other activities we engage in contribute to our carbon footprint. Prompt student to develop questions around the ideas they are unsure about. Common student questions include these:

Students should also report that they figured out a carbon footprint is the amount of greenhouse gases they produce in a year based on their actions. These gases are measured in tonnes, which are metric tons. Some students will also report that in the United States, each person averages about 16 tonnes a year; however, the global average per person is about 4 tonnes.

Explain that for this lesson, they will focus on the idea of using less packaging and recycling. Although Amazon's other projects are extremely important, thinking about how we use common items like boxes is an accessible starting point for most students. Most students will know that recycling is a good thing to do, but most will not know how recycling cardboard and using less packaging could help reduce carbon emissions. Ask students to share their ideas about this topic. Suggested prompts include the following:

Acknowledge all of their ideas, then tell students you are going to look more closely at cardboard boxes

Guidance. Focusing the lesson on cardboard boxes allows for equity and access, as boxes are something familiar to all students.

Have students work on this in pairs or small groups. As students work, walk around the room and prompt students to think deeply about connections they might have overlooked. For example, if you see students have listed "cardboard is made from paper," ask probing questions such as these:

Have a brief whole-group discussion to share the information students have on their tables. Some key ideas that should emerge from this discussion include the following:

Agree that carbon is found in many different things. Now that students know where we can find carbon, tell them to work in their groups to create a model to explain how recycling cardboard boxes and reducing cardboard packaging would contribute to Amazon achieving net zero carbon. Remind students to use the information from their table, and to consider all the ways carbon moves among Earth's spheres (geosphere, atmosphere, biosphere, and hydrosphere). As students work, walk around and ask probing questions as needed. For example, "Where was the carbon before it was in the paper used to make the cardboard box?" "What happens to cardboard boxes when they are not recycled?" "Where does the carbon go when the cardboard box is thrown away?"

Students should have prior knowledge gained in elementary and middle school about the process of photosynthesis and how plants get the matter they need to grow from the carbon in air. If students do not include photosynthesis, consider prompting students with questions such as "How does carbon in the atmosphere get moved back to the geosphere?"

After the gallery walk, facilitate a whole-group discussion to build a consensus model about how carbon cycles. Start the discussion by asking groups to share similarities and differences they noticed among the models. Document these similarities and differences in a shared space. After each group has shared, tell students that they will be making a class consensus model of the carbon cycle to help us figure out why recycling or eliminating boxes would be an important part of getting to net zero carbon.

Students should agree on the following components:

Other components may include water (precipitation) and fire.

After all of the components have been agreed upon, have students identify interactions that need to be represented in the model (e.g., interactions between components in the processes of photosynthesis and decomposition). Create a class consensus model.

Ask students to use the model to help them develop a written explanation of how recycling cardboard boxes and reducing packaging contributes to achieving net zero carbon. An example explanation is given below:

Trees are made of carbon. Trees get carbon from the air during through photosynthesis. When trees are cut down to make paper and cardboard, the carbon from the tree is now in the paper/cardboard box. That cardboard box gets shipped somewhere, and lots of people throw them away. Cardboard boxes that end up at the dump (landfill) decompose, and some carbon goes into the air (carbon dioxide). Some carbon stays in the air, and some gets used by plants. If the box is recycled, less trees get cut down, and trees keep using carbon dioxide from air to grow.

What Did We Figure Out? (Making Sense)

Tell students you have a second Amazon video that shares information about how Amazon is able to reduce the number of boxes used for shipping. Play the Amazon PACK video clip from one of the company's Fulfillment Center tours.

Prompt students to think about how their actions affect the carbon cycle and if there are changes they could make to help slow the rate of climate change. An optional activity could be to research ways the school could reduce its carbon footprint.

(Optional) Using the research from Michigan State University— http://css.umich.edu/factsheets/carbon-footprint-factsheet (or other site)—have students develop a mathematical model to explain how different human actions affect the climate and ideas of how humans might change their actions to help reduce emissions.

NSTA has created a What do cardboard boxes have to do with carbon emissions? collection of resources to support teachers and families using this task. If you're an NSTA member, you can add this collection to your library.