What Do Plants Do in the Dark? 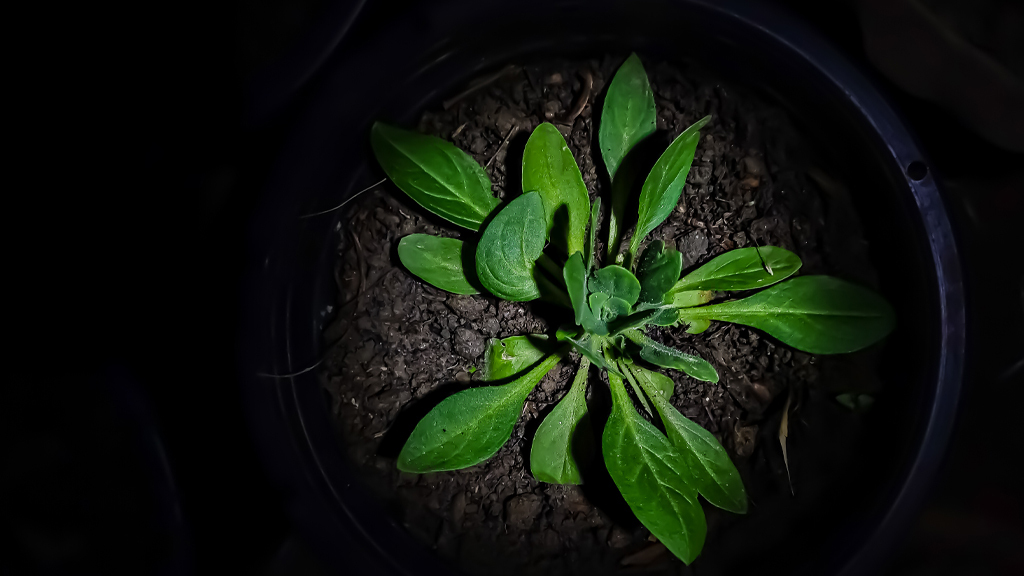 Today’s task, What Do Plants Do in the Dark?, builds on students’ understanding of the processes of photosynthesis and respiration and will begin to help them clarify ideas about the relationship between these two processes. Students download and analyze data from an investigation that has already been completed and use the thinking tool of patterns to construct an explanation of what plants do all night long. While students need opportunities to develop and use the knowledge and skills of Planning and Conducting Investigations, today’s Daily Do is an example of how students-as-scientists can engage in sensemaking without physically conducting the investigation themselves.

Engaging with the Phenomenon

Tell students you have an interesting phenomenon to share. Play the Photosynthesis with bubbling pondweed (elodea bubbling in front of a spotlight) with no sound from the start to 0:36. Ask students to make and record observations while you play the video segment a second time. (Replay as many times as needed.)

Next, present students the following scenario (formative assessment probe). Five friends were discussing what would happen if the spotlight was turned off. This is what they thought:

Marice: I think the bubbles in the video are oxygen produced during photosynthesis. The bubbles would stop when the spotlight is turned off because photosynthesis stops in the dark.

Cameron: I think the bubbles are oxygen and carbon dioxide. Plants need light for photosynthesis and cellular respiration so the bubbles would stop when the spotlight is turned off.

Arya: I think the bubbles are oxygen and carbon dioxide. When the spotlight is turned off, the number of bubbles would be less because photosynthesis stops but cellular respiration is still happening in the dark.

Ask students, “Who do you most agree with? Explain your thinking.” Provide students independent thinking time to complete the formative assessment probe. Ask them to record their thinking in their science notebook; encourage students to use words, pictures, and/or symbols to communicate their thinking. You might ask students to put the probe away (assure students you’ll come back to their probes later) and then poll them on which friend’s claim they selected. If you have a large group of students, you can have students write their claims on sticky notes and create a sticky note bar chart on a wall or whiteboard or use a free digital tool like Mentimeter or Socrative.

Ask students, “How could we figure out which friend has the best claim?” Provide the equation for each process and ask students, “What could we measure to determine if photosynthesis and/or cellular respiration are happening?”

Students might share many different ideas about measuring the inputs or outputs of each process. Practically, the gases (O2 or CO2) that are consumed or released are easiest to measure. In this task, we are leading up to analyzing data from an investigation in which sensors were used to measure changes in the amounts of these gases.

Say to students, “We may not be in a situation where we can carry out this investigation, but we can analyze data from an investigation that was already conducted.”

Teacher Guidance: Students will analyze data from Vernier’s Experiment and Sample Data Library,using Vernier’s free software Graphical Analysis 4. The data was collected using probeware in the same way that students would if they were in a classroom with access to the required equipment.

Provide students with the Photosynthesis and Respiration investigation handout and have them read through the procedure. You can use slides 1 and 2 in the How Do Plants Get Energy in the Dark? presentation to walk through the investigation setup. Use the following questions to guide a discussion to clarify students’ understanding of the procedure.

Have students complete the hypotheses graphic organizer (Slide 3) based on the claim with which they agreed. If you have a large group of students, you could partner them based on their selected claim. This graphic organizer is adapted from Argument-Driven Inquiry’s instructional resources. Have students share their predictions and reasoning first in small groups and then with the class.

Teacher guidance: This table summarizes the expected results based on each claim in the prompt.

In addition to the steps listed in the investigation handout, performing the following steps will make the graphs easier to read and interpret.

The final graphs should look like the ones in the screenshot below:

Ask students to work with a partner to answer the following questions and record their thinking in their science notebooks:

Use questions 1-4 from the Photosynthesis and Respiration investigation handout to guide a discussion to help students make sense of the phenomenon.

Note: Question 5 and the extensions are not needed to answer “What do plants do in the dark?”, but they can lead to further sensemaking opportunities.

Have students return to their hypothesis graphic organizers and answer these questions, first as individuals or pairs. Then, have students share with the whole group.

Say to students, “Let’s revisit the claims we are evaluating. Based on our data analysis, can we determine which claim is the most accurate? How do we know?” Facilitate a discussion to build consensus around the claim that plants carry out respiration but not photosynthesis in the dark.

Students might still be wondering why plants carry out respiration at all. Ask them, "Should we investigate his question next?" (This question will be investigated in a forthcoming Daily Do.)

NSTA has created a What do plants do in the dark? collection of resources to support teachers and families using this task. If you're an NSTA member, you can add this collection to your library by clicking Add to my library located near the top of the page.

Technology and Scientific Habits of Mind

There’s an App for That