Why Did the Reaction Happen So Fast? 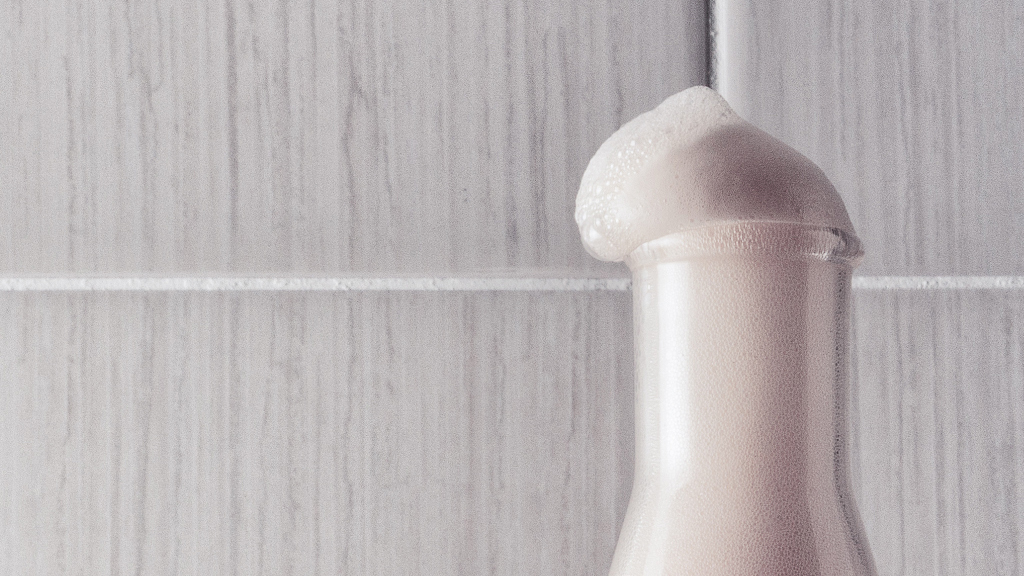 In today's Daily Do, students and families observe the elephant toothpaste phenomenon (be ready to observe this phenomenon more than once). Engaging in science and engineering practices and using the thinking tool of cause and effect, families make sense of science ideas about chemical reactions at an elementary, middle school, or high school level. Keep younger siblings nearby: Once the reaction stops, the foam is safe to touch.

You might choose to do this as a demonstration first, then let students investigate with their own materials. This is a student-friendly version of the famous (infamous?) "Elephant Toothpaste" chemical reaction, and students can touch the foam that results from the reaction. Students should wear protective eyewear and avoid getting the foam on their clothes, as it can discolor fabric.

Measure the hydrogen peroxide, liquid dish soap, and warm water, and set aside

Five minutes before the demonstration, add 1 tablespoon yeast to the warm water. Stir and set aside.

When you're ready to do the demonstration, add the substances to the bottle in this order:

But don't do it yet!

Tell your students you have a weird and puzzling phenomenon you want to share with them. Ask students to create a t-chart and label one column Notice and the other Wonder. Show the video clip above several times; allow time in between each viewing for students to record their observations and questions.

This is a good time to mix the yeast with the warm water.

Next, tell students you want them to observe the phenomenon more closely. You might want to let students know this will be a smaller version of the phenomenon they observed in the video (to avoid disappointment). If students are standing near you, ask them to wear safety glasses to protect their eyes from splashes of hydrogen peroxide.

Identify the substances as you add them to the bottle. Pause briefly between each addition so that students can observe what is happening inside the bottle. As the chemical reaction continues, remind students to continue to make and record observations. If students ask questions aloud, acknowledge the questions and ask students to record them in their t-chart.

Ask students, "How does the elephant toothpaste phenomenon occur?" Give students time to think independently and record their ideas. Encourage them to use words, pictures, and symbols. As you walk around the room, ask students questions like these:

Ask students to turn and share their explanation with a partner. Consider using partner conversational supports (sentence stems). Choose one or two stems for both speaker and responder that are most appropriate for your students (based on discussion experience and grade level):

Make sure you give students opportunities to switch roles. Remind students to continue to record new questions they have about the elephant toothpaste phenomenon.

Ask students to consider the questions they have recorded and choose the one they are most curious about to share with the class. Ask students to write their questions on adhesive notes or paper squares that can be posted on a class question board.

You might provide students with a list of substances that are a liquid at room temperature, clear and colorless. Include their physical (and/or chemical) properties such as color, density, boiling point, and viscosity. Students could use these physical properties to design an investigation to determine the identity of the substance in the bottle. (Note: Make sure all the hydrogen peroxide in the bottle has reacted before students begin the investigation.)

Using evidence from data collected in the investigation, ask students to make a claim about the identity of the liquid in the bottle. They might use the science idea that pure substances have characteristic physical and chemical properties to connect their evidence to their claim.

Students will likely want to investigate how yeast affects the rate of reaction. They could design another investigation to answer this question. They might notice a pattern that the more yeast they use, the faster the reaction occurs. They might also notice that the amount of yeast does not appear to change from the start to the end of the chemical reaction.

Consider asking students to create an individual model to explain the elephant toothpaste phenomenon, then work in small groups to create a group consensus model. You might create a scaffold with three panels labeled "right before the reaction starts," "during the reaction," and "right after the reaction ends."

As you move from group to group, you might ask the following:

Ask student groups to use their models to help create a "must-have" list of what should be included in the models, then create a class consensus model.

You might have students post their models, then do a gallery walk (visiting at least three different group models). Ask students to notice similarities and differences among their models and the other group models. Then ask,

Ask students, "What should we investigate next?"

NSTA has created a Why did the reaction happen so fast? collection of resources to support teachers and families using this task. If you're an NSTA member, you can add this collection to your library by clicking Add to My Library, located near the top of the page (at right in the blue box).