Why Is Ocean Water Warming Faster in Some Places Than Others? 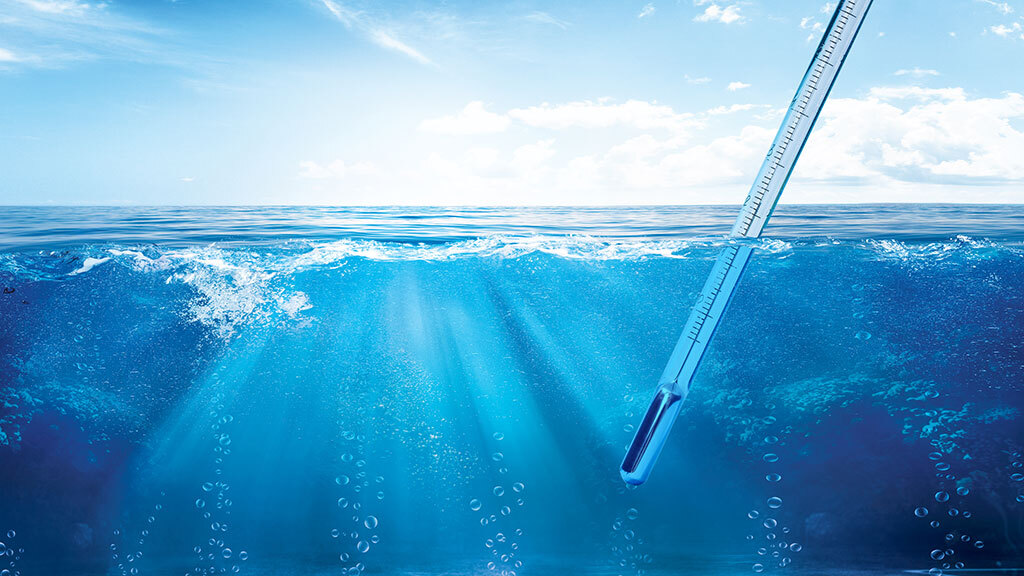 In this Daily Do lesson, Why is ocean water warming faster in some areas than others?, students are introduced to the phenomenon of the rapid increase in ocean water temperature in the Gulf of Maine through the film Our Beautiful Planet: A Search Beneath the Sea. Students analyze multiple data sets to try to explain why the Gulf of Maine is warming at a rate three times faster than the average rate of warming for the world's oceans.

View the Why is ocean water warming faster in some places than others?  NGSS table  to see the elements of the three dimensions targeted in this lesson.

Tell students that something unusual is happening in the Gulf of Maine. Show students on a map where the Gulf of Maine is located, then introduce students to the film Our Beautiful Planet: A Search Beneath the Sea. Play the film from the beginning (0:00) to 1:23.

Share with students the sea surface temperature anomaly data for the Gulf of Maine. Students could obtain information about the data set from the 2020 Gulf of Maine Warming Update, or you might provide them with the following information:

*Marine heatwaves are defined as five or more consecutive heatwave days. To qualify as a heatwave day, the temperature for that day must be higher than 90% of the same calendar days during the 30-year baseline period (1982–2011).

Next, assign students to small groups and provide each group with a whiteboard, large sheet of paper, or digital space to work with. Ask students to share the patterns they identified, or other information extracted from the data, with their group members. Instruct groups to record these patterns and/or information and be prepared to share their noticings with the class. Group noticings may include these:

Ask students to share questions they have about the sea surface temperature anomaly data and the information provided in the film clip with their group.

Record students' questions in a shared space where they can be easily seen by the whole class. Acknowledge that students have many questions about what is happening in the Gulf of Maine. Point out that the answers to these questions might help answer the question presented in the film: Why is the Gulf of Maine warming at such an alarming, accelerating rate? Write this question across the top of the class list of questions.

Ask students to turn to a partner and brainstorm (for about two minutes) possible causes for the rapid rise in sea surface temperature in the Gulf of Maine. Bring the students back together and ask them to share their idea or a partner's idea about why the warming trend might be occurring. Students may share the following ideas:

Next, tell students you have some data to share that might help them figure out what is happening in the Gulf of Maine. Ask students to return to their small groups, and provide each group with a different data set to analyze. Encourage them to write down any questions they have about the data.

Have groups share patterns they identified and/or information they obtained from their assigned data set with the rest of the class.

Common noticings may include these:

After all groups have presented their findings to the class, ask, "Do you think we can use these data sets to help us explain why the Gulf of Maine is warming at such an alarming, accelerating rate?"

Give groups time to develop an initial (consensus) explanation about why the sea surface temperature is rapidly rising in the Gulf of Maine.

Show students the rest of the film Our Beautiful Planet: A Search Beneath the Sea.

Putting the Pieces Together

Have students revisit their initial explanations. How did their explanations compare to what scientists currently understand about why the Gulf of Maine is warming so rapidly?

Students should conclude that several factors are working together to warm the Gulf of Maine at a rate three times faster than the average rate of warming of the world's oceans. Air temperature, ocean currents, and the rivers that flow into the Gulf of Maine all contribute to warmer waters. Carbon emissions also contribute to a rise in ocean temperature, even though data clearly show the carbon emissions in Maine are decreasing.

Remind students that the study of Earth's global ocean is ongoing. Explaining why the Gulf of Maine is warming rapidly leads to new questions that must be investigated.

If students raise questions about the effect of rising ocean temperatures on life in the ocean and on land, consider navigating to the Daily Do lessons Why Does the Green Crab Love Climate Change? and Why Is Something That’s Happening Out in the Ocean Such a Danger to Us on the Land? 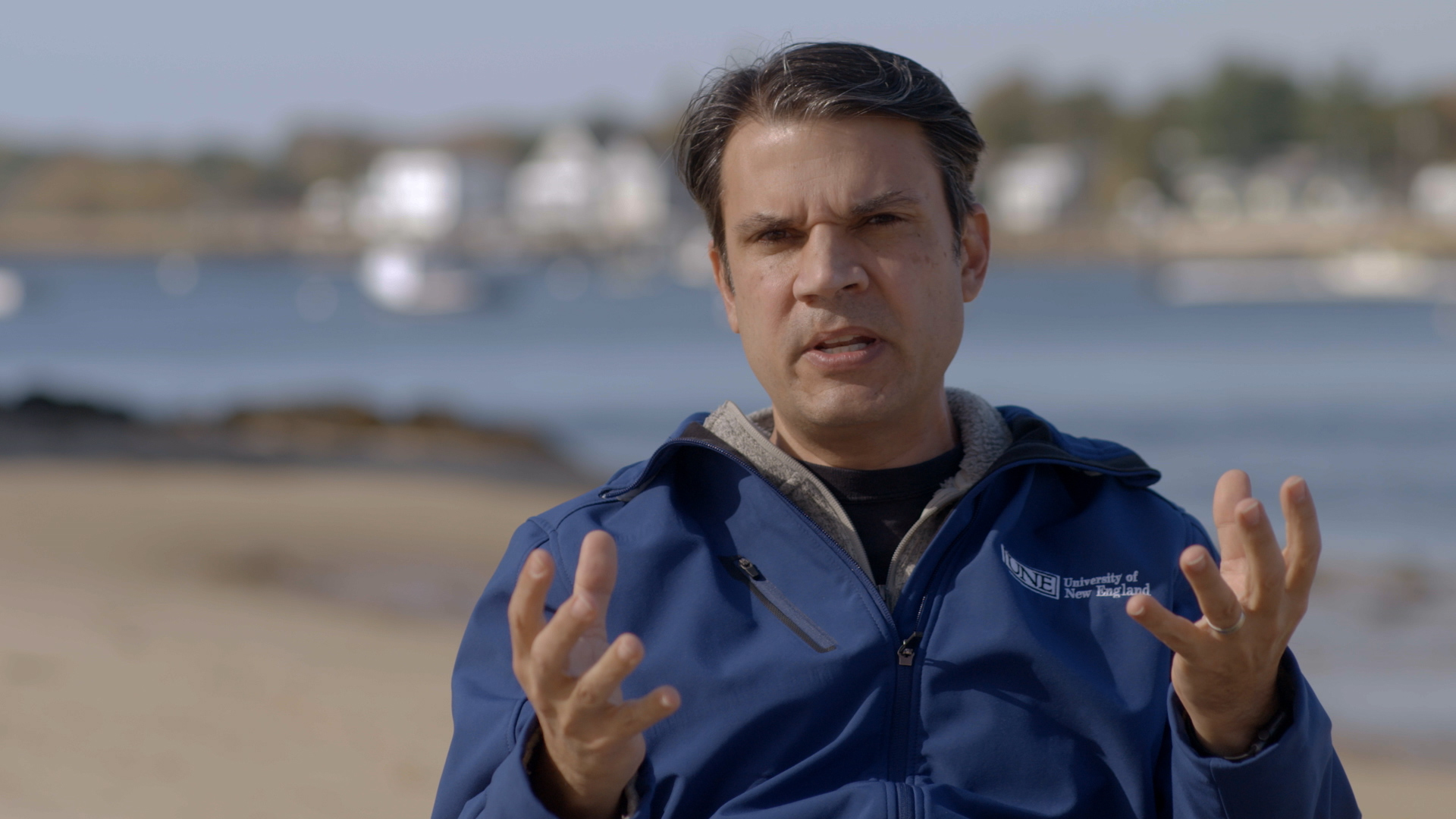 Dr. Charles Tilburg is Director of the School of Marine and Environmental Programs, Director of the Arthur P. Girard Marine Science Center, and a Professor of Marine Sciences at the University of New England. He earned a Bachelor of Science in Aerospace Engineering and a Master of Science in Environmental Engineering from the University of Texas and a PhD in Oceanography from Florida State University. He has 20 years of research and teaching experience in physical oceanography, numerical modeling, and biophysical coupling of marine systems. He has authored more than 40 peer-reviewed publications and received more than $3 million in research funding. Tilburg previously taught in the marine science departments of the University of Georgia and the University of New England.

This lesson is based on information provided in the film Our Beautiful Planet: A Search Beneath the Sea. Our Beautiful Planet is a fascinating new series of films highlighting the work that climate scientists around the country are doing to solve some of the world’s most pressing issues. These dedicated researchers are seeking to better understand the many different ways we are being impacted by our changing climate and determine the ways we can most effectively respond. Using cutting-edge technology and innovative problem-solving strategies, they sometimes find their answers in surprising and unexpected places. Our series, by enabling viewers to experience firsthand some of the most important field work being done today, takes science out of the classroom and puts it right into the world. These compelling stories will not only teach our viewers crucial scientific principles, but will also inspire them to use science to examine the issues that confront them in their own communities. Through these films, we hope scientists and citizens alike can come together to safeguard our environment and to protect our beautiful planet. The films are produced by Kikim Media. Support is provided by Kennebunkport Climate Initiative.

NSTA has created a Why is ocean water warming faster in some places than others? collection of resources to support teachers and families using this task. If you're an NSTA member, you can add this collection to your library by clicking + Add to Library near the top of the page.