Kindergarten students explore the movement of the Sun with a simple classroom addition.

By Tom Lough and Kim Hollifield 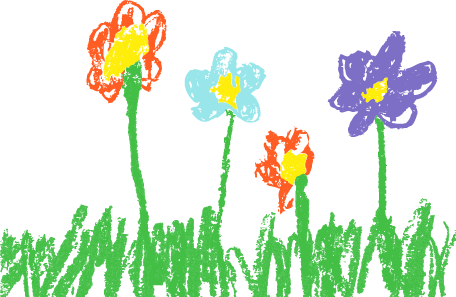 “It’s sunny today! We’ll be able to see it!” These kindergartners at Caldwell Heights Elementary School in Round Rock, Texas, were always excited about coming to school on days when the sky was clear and the morning Sun was shining.

Why? Because their classroom window faced south. But wait for the real reason for their excitement: As they burst into their room to start the day, they turned their faces not toward the window, but inward and upward…toward the classroom ceiling.

The “it” on the ceiling was something they had named “The Light Circle”—a circular bright spot of light a few inches in diameter (Figure 1). What was it? How was it made?

At the beginning of the school year, we noticed the classroom window faced south. This meant the Sun would be shining into the classroom on clear days as it moved across the sky in its daily east-to-west path (see “Why a South-facing Window?”). How could we take advantage of our south-facing window to help these kindergarten scientists become aware of Sun movement patterns during the school year?

We decided to glue a small round mirror to the windowsill and watch what might happen (see Figure 2). We placed a premium on safety and cautioned children not to look at the Sun directly and not to look at it in the little mirror.

Right away, the children noticed the reflection of the Sun on the ceiling. And then the questions started coming— and they never stopped! What makes it? Why is it round? Does it move? Why does it move? Why does it start over there in the morning? Where does it go on cloudy days? Over the weeks and months of this informal project, students found the answers to these and other questions as they observed, thought things through, and talked with each other.

The children immediately noticed that the Sun caused the dot on the ceiling. They proved this by blocking the reflected light from the mirror, causing the dot to disappear. After a few minutes, a couple of the children began looking puzzled. “I think the dot is moving.”“No, it isn’t!”After a few more minutes, the movement across the ceiling became clear to all. They were simply fascinated.

One of the first things the children wanted to do was to name the Sun dot. After much discussion, they settled on Light Circle. Totally descriptive. They marveled that their Light Circle traveled across the ceiling each sunny day. They connected this to the movement of the Sun across the sky from east to west. This daily pattern was very easy to detect.

One particularly observant child we’ll call Tracy started talking about the angle of the Sun and the height of the Sun in the sky: “The Sun shines down on the mirror and the light is reflected up to the ceiling. When the Sun is higher up in the sky, it makes a different angle to the mirror.” While this is not a typical kindergarten observation, children in higher grades would be able to see this pattern readily.

On rainy or cloudy days, the children clearly missed their bright classroom friend. Sometimes the sky would clear by afternoon, and they would find the Light Circle well along the way on its daily path. They all knew where their light friend would appear on the ceiling each morning and where it would be when it was time to go home.

On one particular sunny day, the children looked for the Light Circle when they returned to the classroom from the playground. It was nowhere to be seen! They were puzzled because it had always been visible on sunny days. Several of the children remembered where it was earlier. Irene said, “I think it was near the light,” meaning the fluorescent ceiling fixture, which happened to be on. Lyle said, “Maybe it is inside the light!” Bradley said, “Let’s turn the light off and see.” And sure enough! When we turned the light off, the Light Circle was there on the translucent panel. It had been washed out by the ceiling light itself.

After a couple months of observations, we asked the children to make drawings of their Light Circle. Several showed the relationship between the Sun, mirror, and reflection, and a few even showed the observed motion.

Children in higher grades could be asked to record their observations more systematically in journals or other record books, or perhaps by daily photographs at certain times of day. They could use ceiling tiles to estimate the distance traveled by the Light Circle over a period of time.

Also for higher grades, it is possible to generate the beautiful figure-eight analemma pattern (Lough and Vanover 2014; see also Internet Resources) by carefully and safely marking on the ceiling the location of the Sun dot at the same time each sunny day.

Kindergartners are curious about the world around them. They delight in finding new ideas and perspectives, especially those they can describe easily to others. Their Light Circle has generated a great deal of excited discussion among the children and among their family members. At a recent parents’ reading day, several moms and dads reported Light Circle conversations at home. One parent said, “My daughter has been so excited about this Sun dot. She tells us about it often at dinner—how it moves across the ceiling in the same direction each day. She is fascinated.“

Regardless of whether your school is open or not, the activity could also be implemented at home. Encourage each child’s family to find a south-facing window and affix a small mirror to the windowsill. That’s it.

The questions and comments of the children suggested that they were becoming more aware of the Sun in their universe. The project also acquainted them with some of the observable daily and yearly patterns, such as where the circle appears and disappears on sunny days. They began to anticipate and even predict the movement of the Light Circle.

Although space systems do not enter the Next Generation Science Standards (NGSS) sequence until first grade, this activity can generate curiosity and pave the way for a deeper understanding before the kindergartners move on up.

Thanks to Caldwell Heights Elementary School teachers Sherrie Benhumea, Brett Carter, Diana Fitzpatrick, Evelyn Gonzalez, and Lynn Juhl for participating in an earlier version of this project, and to principal Michelle Montalvo for administrative support and encouragement.

How a town in Norway uses three giant mirrors to create a Sun dot that brings light to their darkened town square.

Tom Lough (mlough@murraystate.edu) retired from Murray State University in Murray, Kentucky, after 15 years as a science education professor. He now serves as a science education consultant in central Texas. Kim Hollifield (kimberly_hollifield@roundrockisd.org) is a kindergarten teacher at Caldwell Heights Elementary School in Round Rock, Texas.