Looking Back at a Pandemic and Preparing for the Next One

“In case you’re happily unaware of it, there’s an influenza epidemic due, right now.” An article from the magazine supplement of the Washington Star newspaper begins with a stern warning. The article’s next sentence, though, seems more reassuring: “It’s not the deadly type of 1918, when an estimated 25 million people throughout the world succumbed to it, but the aching variety that’s seldom fatal yet always troublesome.”

This article, “What Science Has Learned About Flu,” was published in 1955, more than three decades after the flu pandemic of 1918. However, that global catastrophe and its staggering death toll were still well within living memory, and many of the medical interventions and public health strategies described in the article were developed in response to the 1918 flu or in its aftermath. A close look at this article can provide students with insights into what it was like to look back at a deadly pandemic while planning for the challenges of the future. 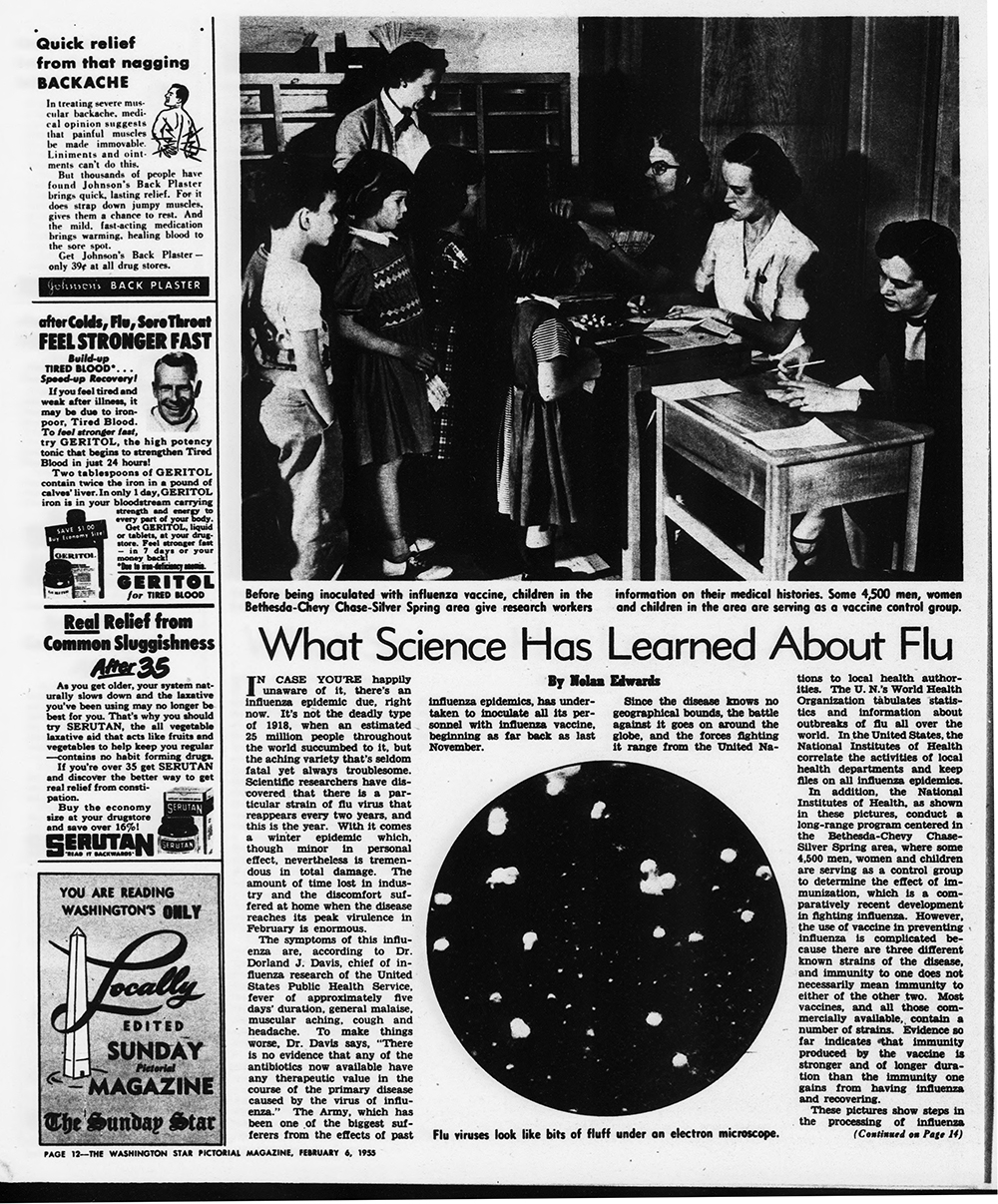 One key breakthrough in the battle against the flu is given a prominent place in this article: an image of “flu viruses” as seen through an electron microscope. In 1918, as the pandemic raged, it was widely believed that influenza was a bacterial infection. When human influenza virus was isolated in the 1930s, it dispelled this belief and paved the way for vaccine development in the late 1930s and 1940s, as well as fueling new work in virology, immunology, and many other fields. 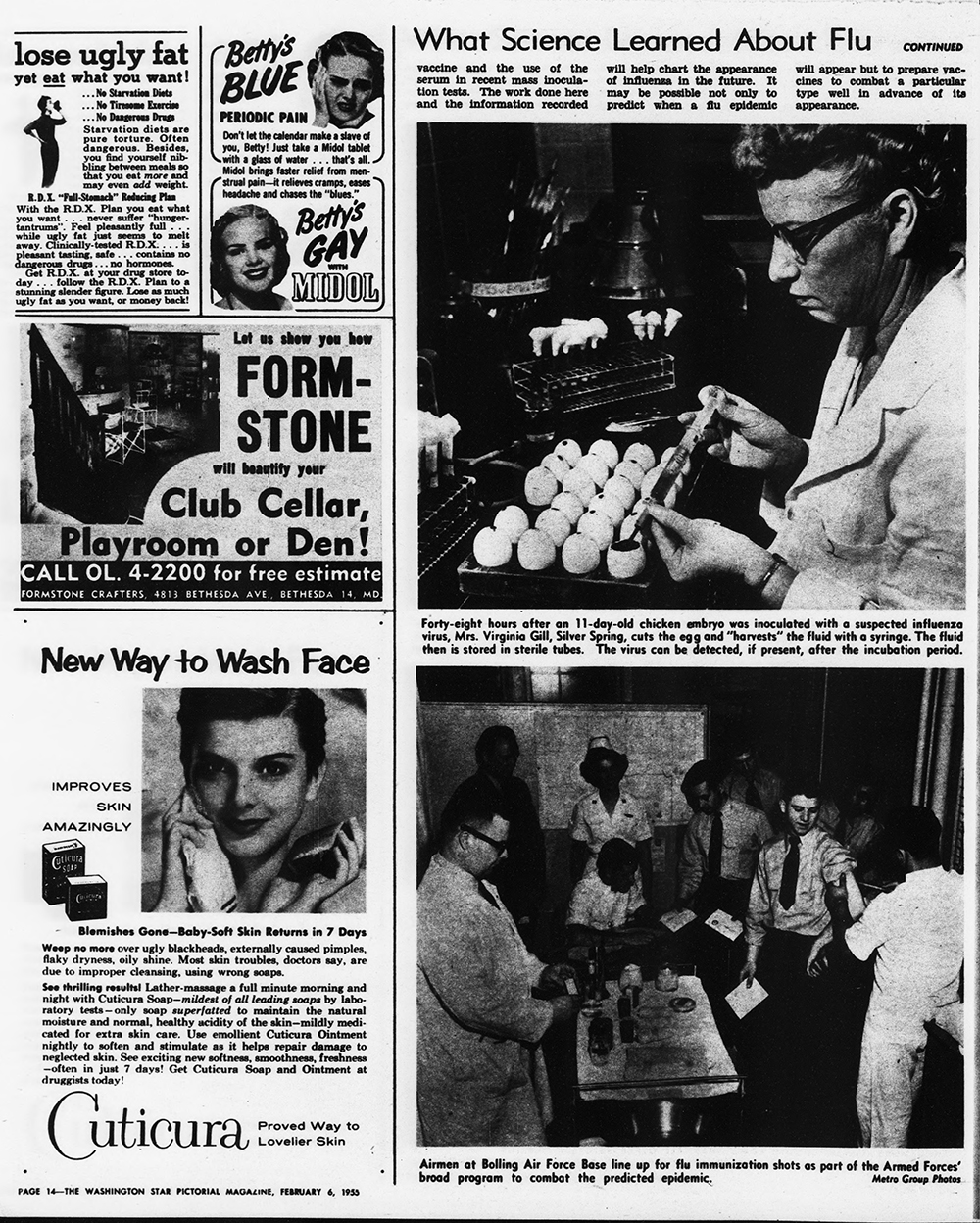 Many of the new tools described in the article, though, were institutional in nature. The article mentions the efforts of the World Health Organization (WHO) and the National Institutes of Health (NIH) to collect and analyze data on influenza outbreaks, as well as an NIH vaccine study and a program undertaken by the U.S. Army to vaccinate all its personnel. In 1918, there were no systems in place for gathering information on flu activity on a large scale, but the League of Nations, founded in 1919, moved quickly to establish an international health organization, helping to build the foundation for internationally coordinated responses to diseases and other public health threats.

The article’s warning of an impending epidemic was a timely one. In 1957, a new influenza strain spread around the world, eventually taking the lives of more than one million people. This time, scientists recognized the pandemic quickly and were able to develop a vaccine for distribution on a large scale. Perhaps as importantly, the organizations and practices that emerged in the wake of the 1918 influenza pandemic made it possible for scientists and public health officials to study the 1957 strain and its effects more thoroughly than ever before, and to better prepare for pandemics yet to come.

Additional articles related to the 1918 and 1957 influenza pandemics are also available. Suggested search terms include: “influenza” or “flu,” and narrowing your search to the appropriate span of years.

Your students may also wish to explore these other related resources from the Library of Congress:

Stephen Wesson (swesson@loc.gov) is an educational resources specialist at the Library of Congress.