How can a helicopter fly on Mars? 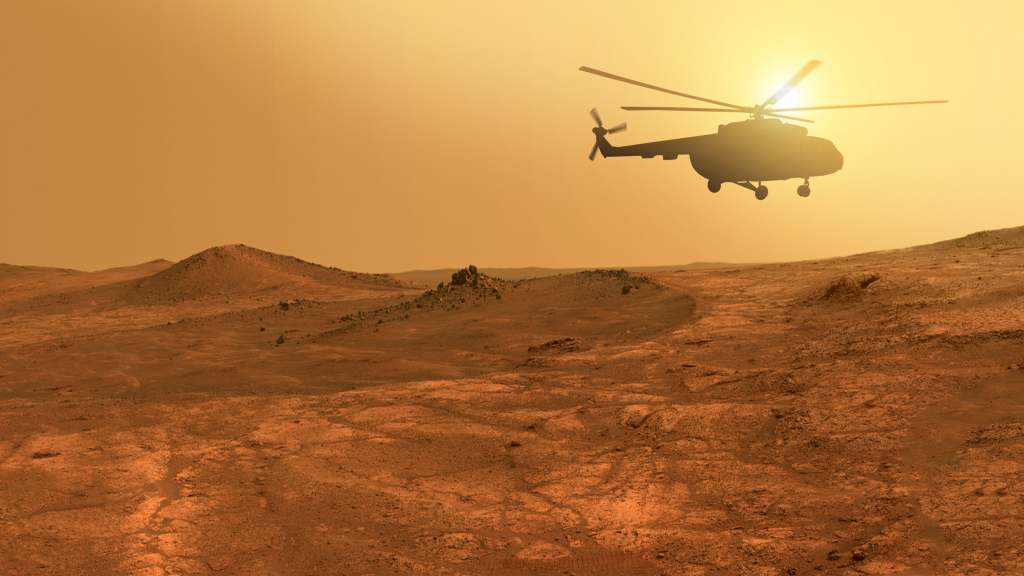 How can a helicopter fly on Mars? is inspired by the NASA Mars2020 mission which successfully launched the rover, Perseverance, this morning at 7:52 am ET. Perseverance will land on Mars sometime in February 2021. NASA will use the rover to collect data to serve as the basis for evidence that Mars once supported life in the form of microscopic organisms.

What makes Mars2020 mission even more exciting is the hope of achieving the first powered flight on another planet! The Ingenuity Mars helicopter is hitching a ride with Perseverance. NASA scientists and engineers will test their Mars helicopter design which includes maneuvering Ingenuity out of the rover, keeping Ingenuity warm (Mars nighttime temperature can reach -100 degrees F), charging Ingenuity's battery using the attached solar panel, and flying Ingenuity - each flight lasting 90 seconds. (You read that correctly - 90 seconds!)

In today's task, we take the familiar whirlybird (paper helicopter) activity and set it in the context of engineering design. Students and their families start by comparing helicopter designs, Ingenuity and "helicopter" seeds. Using questions about how blades enable helicopters to fly drive the investigation, students and their families engage in science and engineering practices and use the thinking tools of patterns and cause and effect to make sense of how air resistance helps explain how helicopters work.

Tell students the Mars2020 mission has you thinking about helicopters (you might share some mission information with your students). Say, "I have an intriguing phenomenon I want to share with you through two videos." Ask students to create a simple t-chart to record observations.

Ask students to label the left side of the t-chart Ingenuity Mars Helicopter. Tell students that while you play the first video, you would like them to make and record observations specifically of the Ingenuity Mars helicopter in the left side of the t-chart. Students should record questions that arise on a facing page of their science notebook, separate page, or sticky notes. Play the Mars Helicopter video.

Next, ask students to label the right column of their t-chart helicopter seeds. Play a short clip from the Seeds video, 0:10 to 1:10, and ask students to make and record observations. Students should also record questions that arise.

Say to students, "How are the Mars helicopter and the helicopter seeds similar? How are they different?" Give students independent thinking time to compare their observations of Ingenuity and the falling seeds. Then, put students into groups and ask them to create a group list of similarities and differences and to note any patterns they observe.

Bring the class back together. Ask each group to share a similarity or a pattern they think might help explain how the helicopters are able to fly. Students may share some of these similarities or patterns:

Say to students, "We have a lot of different questions about blades. Does it make sense to investigate blades first?"

Assign students to small groups (3 or 4 students) based on the variable they want to test. Ask them to collaboratively plan an investigation to figure out if changing that variable affects how long the paper helicopter stays in the air. Allow them time to conduct their investigation.

When groups have completed their investigation, you might have them share their results in one ore more of the following ways:

Ask students to identify patterns in data between groups that tested the same variable and also patterns in data across all the different variables tested. Students then meet with their group members to share the patterns they've identified. You might give students the opportunity to ask other groups questions about their results. For example, students might ask a group who collected data dropping paper helicopters with different length "bases" (the thing the blades attach to), "Why do you think the drop time decreased when the base got shorter?" The group may reply, "When the base got shorter, the helicopter tipped over." (All of the methods described above allow student groups to communicate.)

You might ask student groups to share their ideas about all of the patterns have in common, or what all the slowest paper helicopters had in common. Consider engaging students in a building understanding conversation:

You might say, "What can we conclude?" Students might say, the more air pushing on the paper helicopter, the slower it falls. Ask students, "When you say pushing what do you mean? Where is the push? What direction is the push in?" Student will likely say the air is pushing up on the blades. Ask students if any other forces are acting on the blades. Students will likely say gravity is pulling the blades down.

Return to student questions and ask them to identify the question we have answered.

Engaging in the Engineering Design Process

You might ask, "How might we use evidence from our data, knowledge of air resistance and the engineering design process to design a paper helicopter that will drop more slowly than our class' slowest drop time?"

Ask students to design a paper helicopter that will fall more slowly than the slowest paper helicopter the class recorded. You might emphasize that engineers rely on science ideas and evidence from data to make informed design choices and their investigation is part of the Ask phase of the engineering design process. 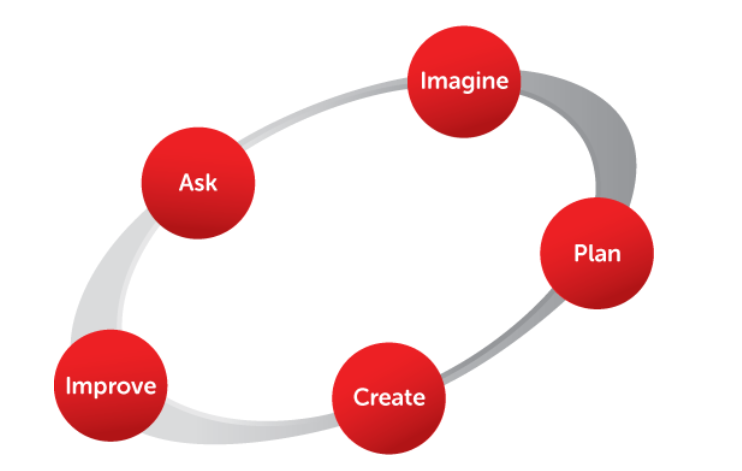 You might tell students designing a paper helicopter that will fall more slowly than the class' slowest paper helicopter is a criteria for success. Engineers also have to work within limits, or constraints. For this engineering design challenge, constrains could include the time allotted and the materials available for use. (Students could petition to use additional materials if they support their idea with evidence from data.) You might additionally require students use no more paper than what the template provides, but allow them to remove paper (instead of folding).

Consider asking students to independently brainstorm two paper helicopter designs. As you move around the room, ask students why they are choosing x blade length, y material, etc. Encourage them to use evidence from data to support their ideas.

Place students in small groups and ask them to share their designs. Then, ask students to create a group consensus design. Make sure to ask students to draw their design on a new piece of paper (or new space if working with a digital tool) to help create group ownership of the design.

Continue through the engineering design process. Make sure to give students an opportunity to revise and test their design at least once. Reflection questions might include:

You might have student groups share their designs using one or more of the methods described in the preceding section.

Meet Michelle Lynde and Trevor Jones, NASA aerospace engineers! As you listen to their stories, you might think about these questions:

NSTA has created a How can a helicopter fly on Mars? collection of resources to support teachers and families using this task. If you're an NSTA member, you can add this collection to your library by clicking ADD TO MY LIBRARY.

This Daily Do is adapted from a NASA Activity from the Jet Propulsion Laboratory  at the California Institute of Technology. To access more information on MARS2020 and the Mars Helicopter, Ingenuity, go to https://mars.nasa.gov/technology/helicopter/