How Do We Get Drinking Water From Fog? 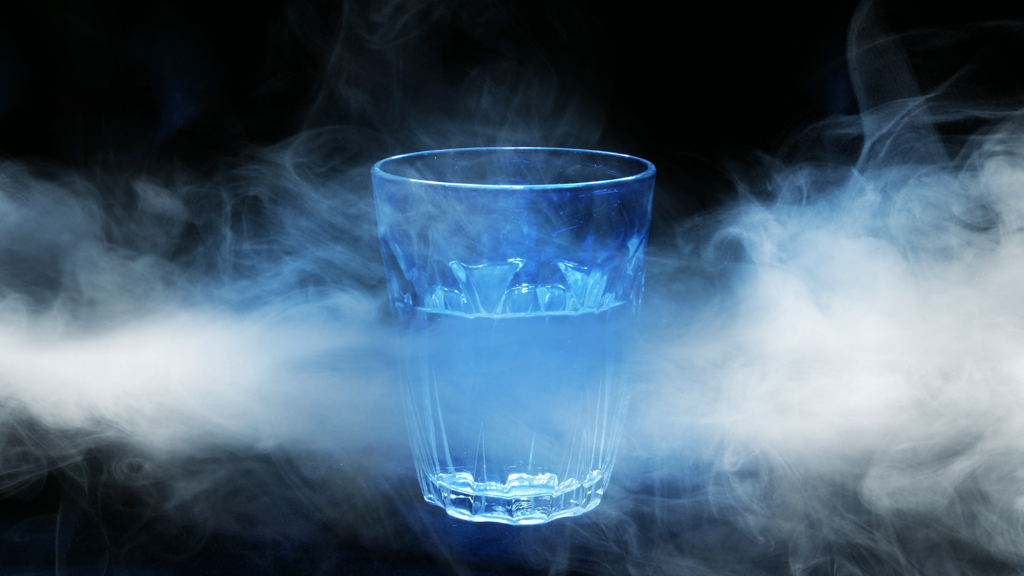 In today's Daily Do, How do we get drinking water from fog?, students engage in science and engineering practices and use patterns as a thinking tool to make sense of a phenomenon to solve a problem. Students have an opportunity to apply physical science ideas about gravity to Earth's processes—namely, the water cycle. This task has been modified from its design to be used by middle and high school students, families, and teachers in distance learning. While students could complete this task independently, we encourage students to work virtually with peers or in the home with family members.

Before you begin the task, you may want to access the accompanying How do we get drinking water from fog? Google Slide presentation.

How do we get drinking water from fog? is a stand-alone task. However, it can be taught as part of an instructional sequence in which students coherently build the science idea that fresh water resources are limited and are distributed unevenly around the planet. In this first of three playlist lessons, students are introduced to a method using nets (yes, nets!) to extract usable quantities of drinking water from the air. Analyzing NASA U.S. Land Water Storage data, they make sense of the idea that fresh water is not distributed equally across the United States. After identifying locations with potential for high amounts of water vapor in the air, they are left wondering how the nets work. This motivates students to engage in the second lesson on the playlist, Where did the water come from?

What Phenomenon Am I Exploring Today? (Introduce Phenomenon)

Begin by showing students a regular water bottle with a lid. Say to students, "What if I told you there was a way to fill this water bottle just by letting it sit there on the counter? What would you think? Where would the water come from?" (Slide 2)

Ask students to make a prediction about where the water might come from and record it in their science notebook. Next, have them share their ideas in small groups, along with the reasoning behind their idea.

As students watch the video, have them document what they notice and wonder.

What Data Do We Need to Make an Informed Decision? (Building Consensus)

Have students get in their small groups, and ask them, "Do you think the nets would work anywhere, or are there certain criteria to consider?" Tell them to think about what information they would need to decide where to place the nets to have the best chance at collecting the most water.

Decide that the most important criterion is placement. Nets would have to be placed where there is water in the air. Ask students what data they would need to figure out where those places are. Common student responses include gathering data on the aquifers, fog, humidity, and temperature.

Show slide 8 and explain that scientists have studied and tracked groundwater reserves (aquifers) for many years. Researchers know and keep track of groundwater, as it is a main source of fresh water. Now ask them how they think scientists keep track of water in the air. Have students share their ideas, then show slide 9. Ask students if they have seen a picture like this before, and have them explain what they think it is. Many students will tell you this is a "heat map," and they would be right, but this heat map doesn't represent temperature variation: It is showing variations in the Earth's gravity field, which indicates water mass changes. Ask students how knowing where water masses are and how they change could help inform our decisions about where to put the water collection nets. Students should reach the conclusion that knowing the pattern of water mass change would allow them to place the nets in places that indicate a high potential for water in the atmosphere.

Optional Video. To explain how this system works to measure the changes in water masses in the air, consider playing the following videos:

Tell students you are going to watch a video on how scientists have tracked water mass changes in the United States. Pause the video at 0:08 and give students time to read the description of the data represented by maps they are about to observe. Consider pausing the video at 0:19 (January 2003) and asking students questions about the scale, areas of highs and lows, and spatial patterns to help orient them to reading the maps. Have students watch the video on the slide (slide 10), then lead a discussion in which students can share what they noticed.

Next, have students break into partners or groups and assign each group a year from the video so they can analyze the data in more depth. Share the link to the GRACE data (https://youtu.be/nJVmBiAgVco) for the years 2003–2012.

If you are completing this Daily Do with students in a distance-learning environment, consider using this Google Slides Data Analysis template. In an asynchronous or synchronous digital environment, students can share the patterns they notice and their initial ideas about where a water collection net should be built. If you are completing this Daily Do in person with students, after they have analyzed the data for their year, have them share the patterns they noticed with the class. As students share, document the data trends on the board. Patterns students will likely identify include (slide 12) these:

Next, have each group make an argument for where they would build their fog-capture system. Students should cite evidence and use reasoning in their argument.

What Did We Figure Out? (Making Sense)

Transition to thinking about their predictions from the beginning of class. Remind them of the initial question, "What if I told you there was a way to fill this water bottle just by letting it sit here on the counter? Where would the water come from?" Have students share what they think now.

Next, circle back to recap what they learned and how they used that information to potentially solve a problem (slide 13).

Next Steps and Extension Activities

Return to the original questions from the first video (Slide 14):

Students should be able to answer these questions:

To continue learning about this topic, consider having students investigate how the nets work. They could also investigate other ways water can be harvested. Using the Teen's Invention Makes Water Out of Thin Air video clip (slide 15), have students compare Konstantin Avdienko's invention with the nets. What similarities and differences do they have? Do you think they could both work?

Refer students to the class list of questions. Point out that they've figured out why the nets are needed and how to use the NASA U.S. Land Water Storage data to identify locations with high potential for capturing water using the nets. Then say to students, "We haven't answered the question about how the nets work. Does it make sense to investigate this question next?"

NSTA has created a How do we get drinking water from fog? collection of resources to support teachers and families using this task. If you're an NSTA member, you can add this collection to your library by clicking Add to My Library (near top of page).