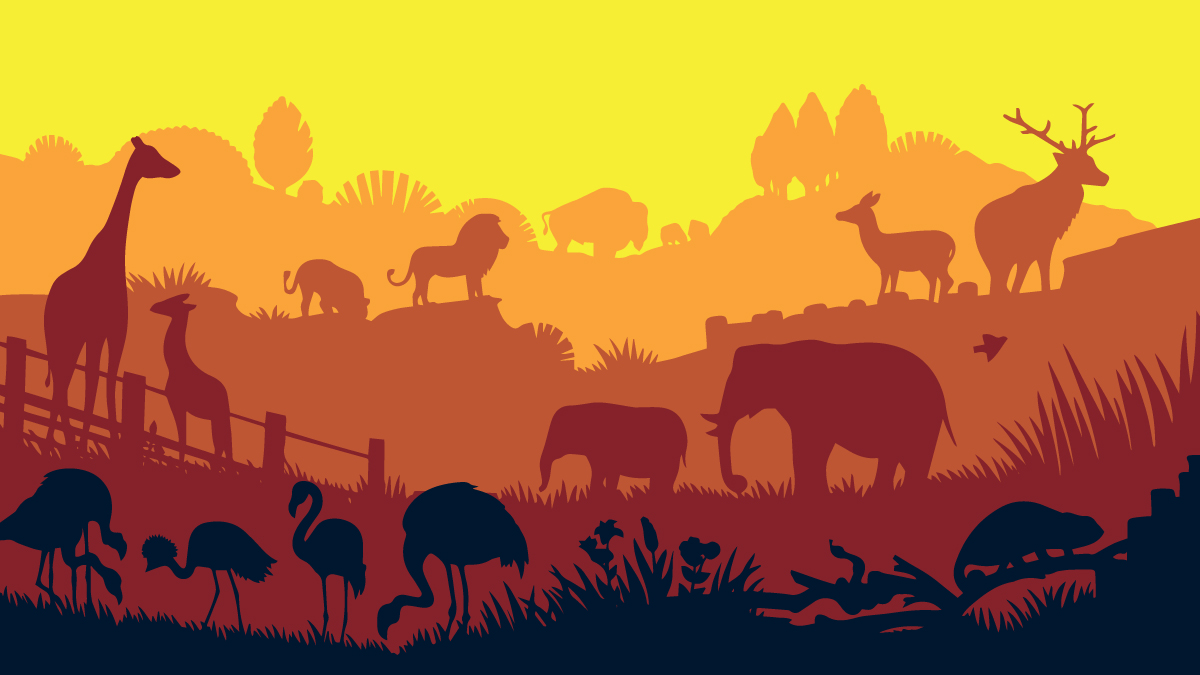 After students watched the video, we told them that for the next couple of days they were going to be citizen scientists and help scientists around the world collect data from wildlife cameras. Students were excited to look at pictures of animals. Next, we showed students Zooniverse and explained that their group of four would be responsible for collecting data for one of the wildcam projects on the site. We pulled up Parasite Safari as an example project, and as a whole class, we identified organisms in three photographs.

Explore: Students then pulled up the Citizen Science Introduction Document and selected their focus project from the list we provided. Next, students answered the questions in Step 1 on the document, which would later become the text for the Introduction, Background, and Study Design sections of their scientific posters. Educators should consider the following:

Explain: At the beginning of class, each group of four shared the name, location, and research question for their project, so students could get an idea of the differences and similarities between the projects. Next, we distributed data collection protocol cards for students to reference as they collected data. Before releasing students to collect data, we shared an example project on Zooniverse and showed students step by step how to narrow down their identification using the built-in filters that used identification features (e.g., color, body shape, horns, etc.) and field guides to narrow down species options. We also emphasized that they were collecting two forms of data: (1) data for the scientists, which were submitted directly through Zooniverse, and (2) data for their scientific poster, which they entered into the Google Spreadsheets. We reminded students that the data collected on their spreadsheet required additional information compared to the data they submitted directly to the Zooniverse platform. Finally, we told students they must be logged into our class Zooniverse account to view new photographs, and they must record on their Google Spreadsheet all photographs, even those with no animals present.

As students began collecting data, a couple of groups complained that they were not getting any photographs after their first 5–10 photos. When we examined their computers, we noted they were not logged into Zooniverse. We explained to students that the login process was one way Zooniverse ensured that someone was interested in participating in the project and not just playing around. A student responded, “Wait a minute, you mean what we are doing really matters to them? Hey guys, this is for real. I’m going to take this seriously now.” This was fascinating for us to observe: As it became apparent to students that their data collection really mattered, then their level of participation greatly increased. We heard lots of comments: “This is cool.” “I want to do some more at home.” “Do we get to do this again?” After students had completed the data collection, students cleaned up the data by checking that spelling was the same and capitalization was consistent.

Elaborate: To begin class, we displayed the scientific poster example for students to see. We asked students to comment on what information had already been completed and what information they still needed to collect for their posters. Students noted they did not have screenshots from their projects, their own research question to explore, data table and graphs, a discussion, or references.

We explained to students that we would be completing the research question development with data analysis and representation during class from their Google Spreadsheets. First, we used the Data Collection Google Spreadsheet example to complete Part 3 of the Citizen Science Introduction Document. We walked students through the Explore feature of Google Spreadsheet to analyze the sample data asking a question we generated (e.g. What behavior was most common for Wildlife Goronozoa?). Then, we had students develop their own question and perform the appropriate data transformation and graphical representation creation before they could move to the data set they had generated from their Zooniverse project.

Next, students reviewed their data, agreed on the research question they would analyze for their scientific poster, and received approval of their question. Each student group started a new tab on their spreadsheet to create a data table for their research question. For most groups, this meant they transformed the data from qualitative (e.g., animal name) to quantitative (e.g., number of times animal name appeared). Some group members returned to their Zooniverse project to take screenshots for images for their scientific posters. We showed each group how to take a screenshot and crop it on their devices. We encouraged students to look at the example poster to see what basic statistics they could provide from their data set (e.g., number of photographs completed, percentage of no sightings, highest frequency observed, lowest frequency observed). For their scientific poster, groups also had to create a data table and graphical representation to answer their research question.

Creating a datasheet with dropdown choices eliminated a lot of the data cleanup that needed to occur. It also allowed for consistency across groups if we had wanted to combine group datasheets to have a larger data collection for students to analyze. Since we used Google Suites for Education tools, students had the option to work at home on assigned sections. Some students did not have reliable access to equipment or the internet, so not all classes engaged in outside work on the poster.

Evaluate: The final day of the project was structured differently depending on the class and teacher. Some classes used most of the class period to complete poster construction. We encouraged students to use the Student and Peer Checklist (see Online Connections, Figure 3) and teacher rubric (see link in References) to evaluate their work and make needed adjustments. Some classes finished with enough time to perform a peer review process, reviewing other groups’ posters and giving feedback based on the checklist criteria. Then, groups addressed the areas of concern highlighted by their peers. Finally, one class completed its posters outside of class time. This class ran a peer review process but also had time for groups to present their posters to the class. See Figure 4 for student poster examples.

Upon further reflection, we have generated ideas for how we can extend and differentiate this learning experience in future iterations:

Overall, our students were highly engaged in this learning experience and academic language acquisition (see Figure 5 for examples of where academic language acquisition can occur). At first, it was a struggle because we implemented the lesson set after state testing, so students thought we were done for the year. However, their level of interest greatly increased once they knew their data collection contributions helped real scientists working on real ecological research. Two groups in two different classrooms had projects that reached 100% completion during the learning experience, which further solidified how their contributions had made a difference.

As educators, one of the things we noticed is that this material was accessible for all students, and all students were engaged in the data collection and analysis process. The partner work and photographs gave students common ground to discuss other facts they knew about the animals or about local animals that were similar to those in the photograph. Compared to previous writing attempts, students were also more successful in using both discourse and syntax in a robust manner. All groups completed the poster (discourse) and had accurate data tables and graphs (syntax).

In our next attempts at teaching this lesson set, we will challenge students to include a crosscutting concept in their discussion to provide deeper and richer explanations. We tied the class discussion to the disciplinary core ideas and crosscutting concepts listed in Figure 6 (see Online Connections). We hope the lesson set in this article can serve as an introductory activity for teachers looking to introduce students to citizen science. As students collect more data, more complex questions and analyses can be addressed. Even with the limited discussions some students provided, students have reported that they have engaged their friends and/or families in projects on Zooniverse. To us, this is one of the most successful outcomes we hope to achieve while helping students truly become citizen scientists. ■

Figure 6: Connecting to the Next Generation Science Standards: https://bit.ly/3l1dXNa

Lindemann-Matthies, P. 2005. ‘Loveable’ mammals and ‘lifeless’ plants: How children’s interest in common local organisms can be enhanced through observation of nature. International Journal of Science Education 27 (6): 655–677.

Wiesen, J. 2018. A progression of discourse in the science classroom. Learning to Teach 6 (1). http://press.utoledo.edu/index.php/learningtoteach/article/view/232